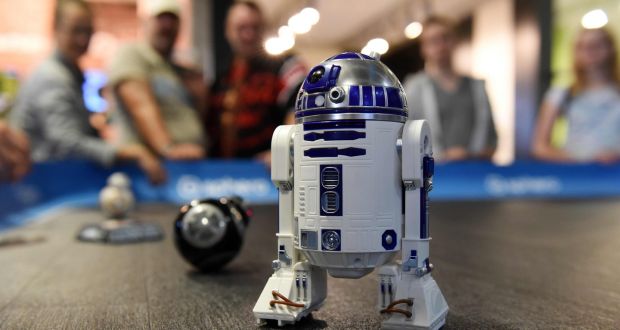 The Galaxy Note7 went out with a bang, but Samsung is back in the ballgame with its newest offering: the Note8. Samsung is differentiating itself in the fragmented Android market by doing some serious streamlining. Gone are the screen-destroying soft button cables we saw in the Note7 and the (by now, ancient) S7. Instead, the Note8 sports an S8-style display and back-panel fingerprint sensor. They’ve moved the furniture around, but now all of Samsung’s houses are using the same floor plan.

And what about that infamous battery? Samsung must be confident, because it’s still glued down—and this time it’s located right in the middle of the phone. This Samsung SDI-made Note8 battery dishes out 12.71 Wh (3300 mAh at 3.85 V). That’s 6% less than the Note7’s 13.48 Wh—but hey, better safe than engulfed in flames.

These are just our teardown highlights. Be sure to check the full Galaxy Note8 teardown on iFixit.com.

According to DisplayMate, the best AMOLED display on any smartphone goes to the latest flagship device from Samsung, the Galaxy Note 7. Do you agree?

Samsung, as a company, have so much to be proud of. As one of the best manufacturers in the world for its AMOLED displays used for mobile devices and large panels, it is unsurprisingly been aced another recognition. Having the best AMOLED display on the Samsung Galaxy Note 7, according to DisplayMate.

DisplayMate even added that the Note 7 should have been called the Note 8 so that the name will better get suited and synced with the future Galaxy S8. This might be subjective but the bottomline is: the new Note 7 is king of the display category on any smartphone available today.

Colors are subject to the wider-than-ever DCI-P3 gamut meant for 4K televisions and an HDR video playback mode for even greater range for non-optimized videos along with more restrained sRGB gamuts. The dual ambient light sensors — a first on smartphones — better help the device hone in on brightness adjustments. Speaking of, the Note 7 is able to achieve a record level of brightness at 1,048 nits and the lowest amount of screen reflectance as well.

For users who are lucky enough to have the Samsung Galaxy Note 7 now, then see for yourself.

Samsung’s Mirror Display is Now for Hair Salon Use

Samsung’s Mirror Display is Now for Hair Salon Use

Samsung has proven once again the commercial potential of having wider displays on their first installation of Mirror Displays.

We have seen Samung TV’s, 4K TV’s and computer monitors, transparent OLED displays, and even bendable phone screens, but Mirror Displays are something new. A hair salon in South Korea have installed 4 55-inch Mirror Displays that acts as a mirror and a sort of TV. This keeps the clients entertained as they get their hair cut while seeing info of various hair color and styles on the wide screen.

When not in use, these wide Mirror Displays simply serves as a conventional mirror. Samsung is planning to expand it’s consumer base to many creative fields such as in businesses specializing in fashion, furniture, interior design, and retail. When they start to produce and sell these starting by July this year, it is expected to be a major hit even to regular consumers.

Using various technology can extend the use case scenarios that Mirror Displays will be even more useful. For example on providing a direct interface to customers with menus and services that they can reserve or choose from the Mirror Display.

Huawei is a successful manufacturer that already has a strong position in China which also happens to be its home base, the company has been working to expand the reach of its mobile devices to other parts of the world. In order to effectively compete against major flagship smartphones in markets across Europe and North America the company needs to create devices that can hold their own against these rivals and if a new rumor is to be believed it just might be working on one such device.

Rumor has it that Huawei is going to release a 2K smartphone next year, it will have a dual-edge Quad HD resolution Super AMOLED display from Samsung, and the panel itself might be supplied by Samsung. It’s unclear though what the actual size of this panel might be, apparently Huawei intends on manufacturing three million units of this handset per month which means that it might be Huawei’s biggest handset for 2016. Samsung isn’t against supplying competitors with components that it uses in its own devices, before the dual-edge Quad HD display is slapped on a Huawei device it’s much more likely that we’ll see BlackBerry’s latest handset tout the very same panel. So it’s quite possible that a Galaxy S6 edge-like device might be on the cards from Huawei in 2016.

Samsung will show off its transparent OLED display at IFA 2015

We know that Samsung has been working on transparent OLED displays for some time now and the company is ready to demonstrate its technology at the IFA 2015 consumer electronics show in Berlin this week. The company will show off its big-screen OLED transparent display at the event, the display is meant to be used for commercial displays in stores, it measures 55-inches and is not intended to be used for consumer TVs. Alongside this display the company will also show off a similar product that has a mirror back and has also been developed for retail use.

The company first showed off its transparent and mirror OLED panels earlier this year at the Retail Asia Expo 2015 in Hong Kong, they’re meant to be used for informational browsing and personalized shopping. This was a proof of concept from Samsung at that event to show that the technology can be put to use in commercial operations. Samsung might provide more information about this technology at IFA 2015, and if it’s ready to put it out in the market, we might also hear about the very first retail partners who adopt the transparent OLED displays.