For as low as $499, you can now enjoy the joy of playing in VR without the stutter and dropped framerates thanks to asynchronous timewarp.

Hey, you can now have the newer Oculus VR Kit but still use your older, less powerful PC as the main machine for you to play the games of your choice. Oculus CEO Brendan Iribe just announced that the new VR kit from Oculus can by all means run on less powerful hardware.

Previous specifications of the Oculus Rift is admittedly very steep for those who are on a tight budget:

This will roughly cost you about $1,000 on the bare minimum hardware required. The company is now presenting a refreshing change in kit engineering that will make it possible to provide a smooth VR experience even with computers costing $500.

In order to make the VR experience truly engaging, the software should be run at a speed of 90 frames per second, a specification requiring considerable processing power. In order to make it easier on your computer and your wallet, Oculus has developed two systems: Timewarp and Spacewarp. With these two systems, which are built into the Oculus firmware, synthetic frames can be created and used to display the image smoothly even when the hardware behind the scenes can’t really handle the load. 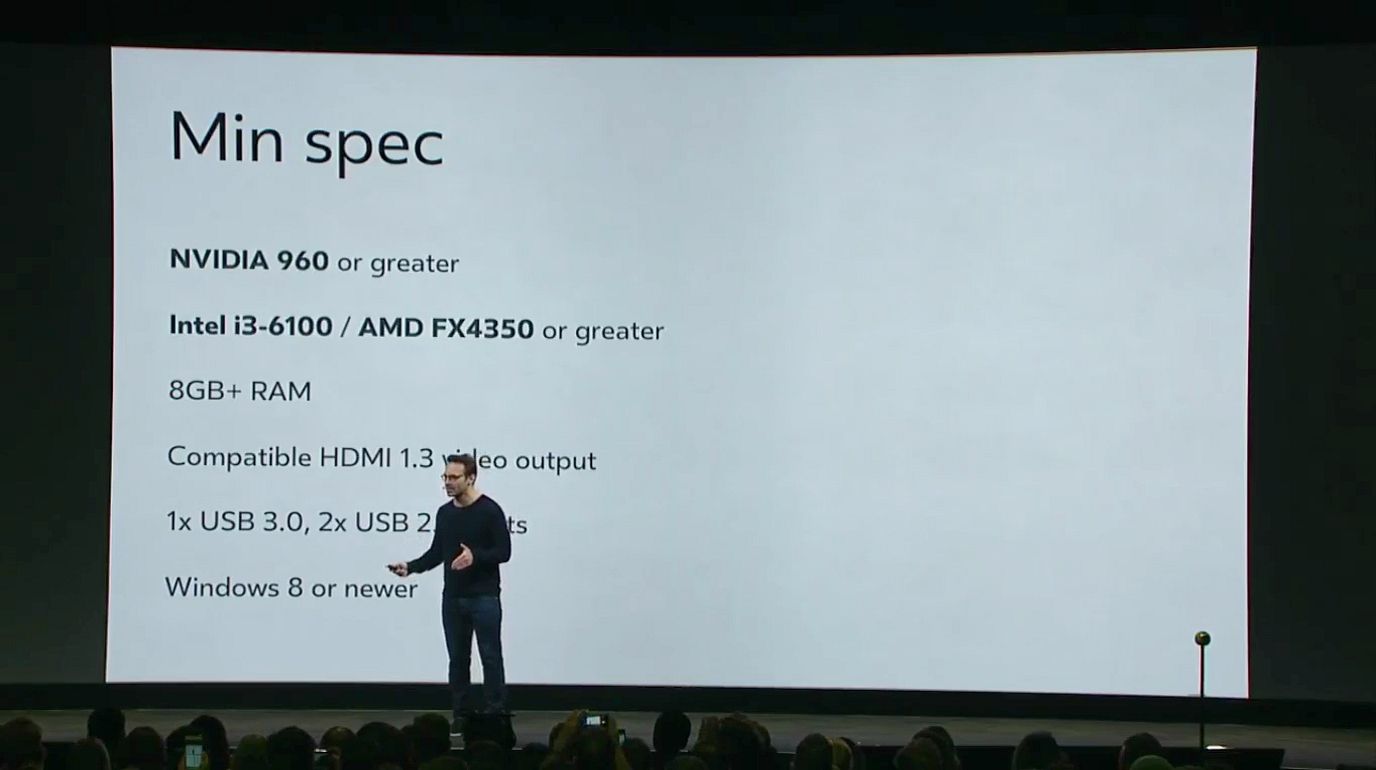 The Oculus Rift just requires a minimum as low as Intel Core i3.

Oculus also reduced the computer spec requirements for Rift through AMD’s Asynchronous Timewarp technology — essentially processor-level subspace warping — that can bring real framerates down to 45fps while the rendered product looking as good as double that. A new Rift-ready build from Cyberpower was introduced with a price tag of $499. Other OEMs will follow with their own products.

The specifications require very low hardware to apparently run VR with the Rift:

Now you won\’t need to cash out a lot for an Acer Predator to get 90 frames per second in VR games, Oculus Rift have support for lower spec gaming PCs.