If you want to have the greatest PlayStation VR and just barge into a store expecting to get one right now, you’re out of luck. It’s out of stock.

Bad news for all who wanted to own the newest virtual reality gaming headset, the PlayStation VR. It is virtually sold out anywhere in Australia and it would take some time for the next batch of these cool new Sony gaming gadgets to replenish the stores.

Today was launch day and it is unfortunate that all units were exhausted even before that. Usually you can just pay your $550 for the headset or if you want those Move controllers and PlayStation camera as well, just prepare around $700. How about the headset? Well, it\’s a waiting game until November or December depending on what store you\’re in.

But even the postings are not really updated. Stores like JB Hi-Fi said that first and second shipments of PS VR are already sold out. Third shipments will arrive, wait for it, early next year. EB Games would have some rough estimations that their next shipments would be before Christmas.

Target Australia, depending on the stores, are taking pre-orders in person. Same story with them, first shipment are all gone and sold out. Next one\’s on November, so you better hurry and take your pre-orders.

It\’s all falls into the waiting game to get the next batch of PlayStation VR. 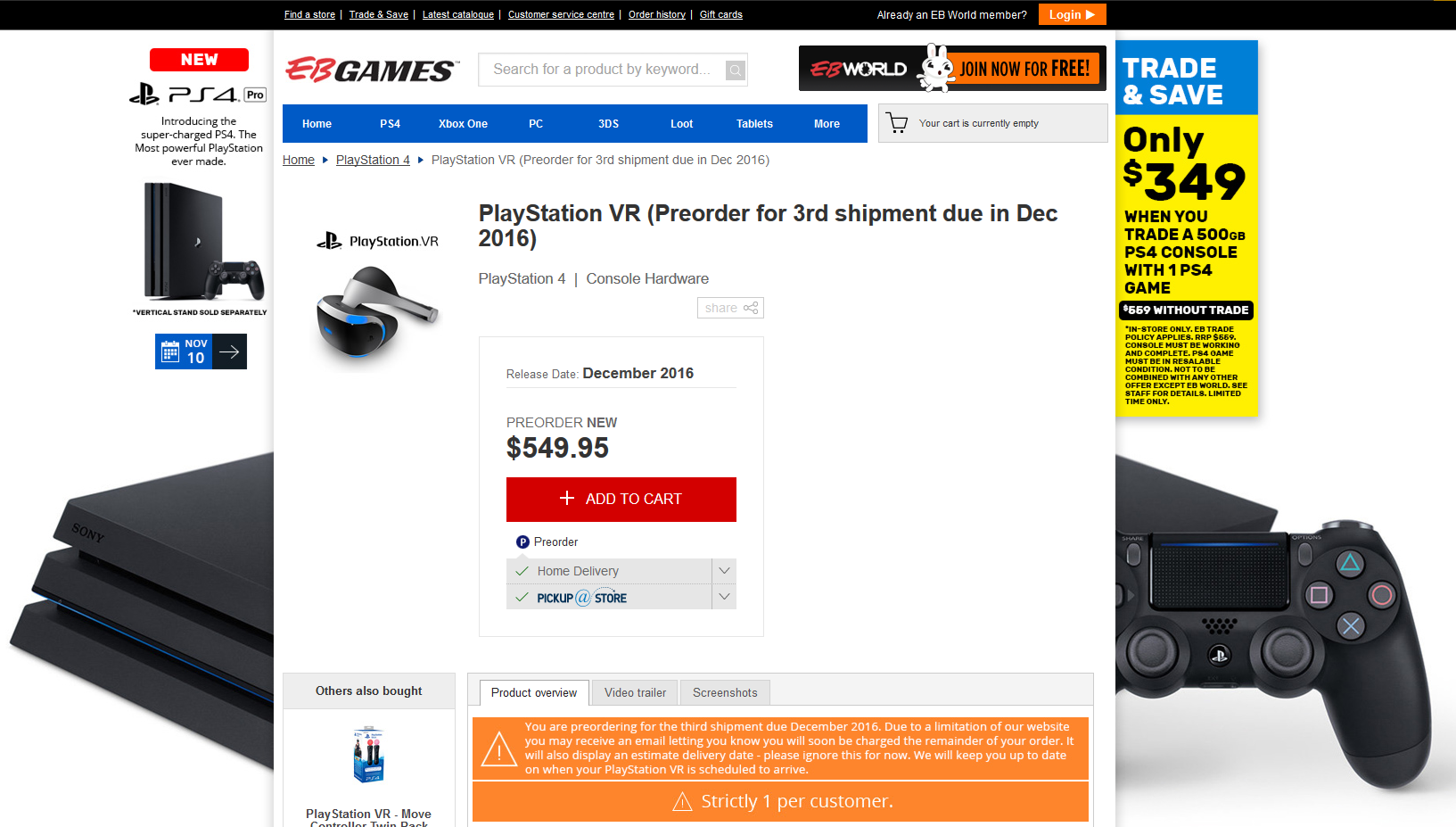