In a TENAA listing, a Samsung Galaxy Note 7 will have a much bigger RAM, a 6GB model, just like the current OnePlus 3. The question is, why only in China?

Only last week, the Samsung Galaxy Note 7 was released. And with it is the closure on the rumors that precedes the smartphone before it came out. It was touted to have a 6Gb RAM configuration just like the OnePlus 3, but to much surprise, it’s not.

A quick look at the specs:

Samsung often varies its storage capacities across markets, so we weren’t going to be surprised if international users got more internal storage with their Note 7. What we weren’t expecting, though, was Samsung to release a better version of the phone abroad. Chinese buyers are reportedly going to have the the option to get the phone with 6GB of RAM as well as 128GB of internal storage, according to a listing on TENAA. 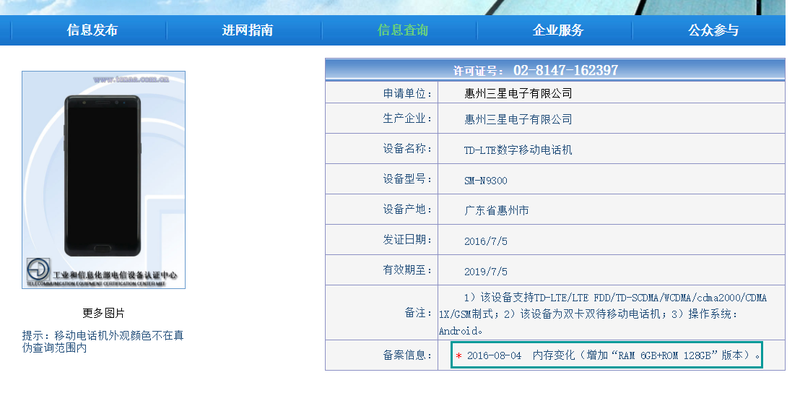 Chinese markets may have a higher demand for high RAM capacities but will Samsung also offer the same configuration to the US markets? That last question will yet to be confirmed.