Pokemon GO over 200M in revenue for just a month

The Pokemon GO has made itself as one of the greatest game of all time alongside Candy Crush, Clash Royale and Flappy Bird. How did it fare after a month?

According to Sensor Tower, an app analytic, Pokemon GO has amassed an estimated $200 million in net revenue from the player statistics that it gathered. This is while bugs and feature complaints are still causing a decent amount of negativity among users, Pokémon Go continues its upward trajectory in terms of overall revenue.

The big in-app purchases was a big factor that contributed to this good figures. The Pokemon has good star power that it doubled the first month performance of Clash Royal, another huge big in-app performer of the year. This means a four times figure to the Candy Crush Soda Saga within its own 1 month availability. 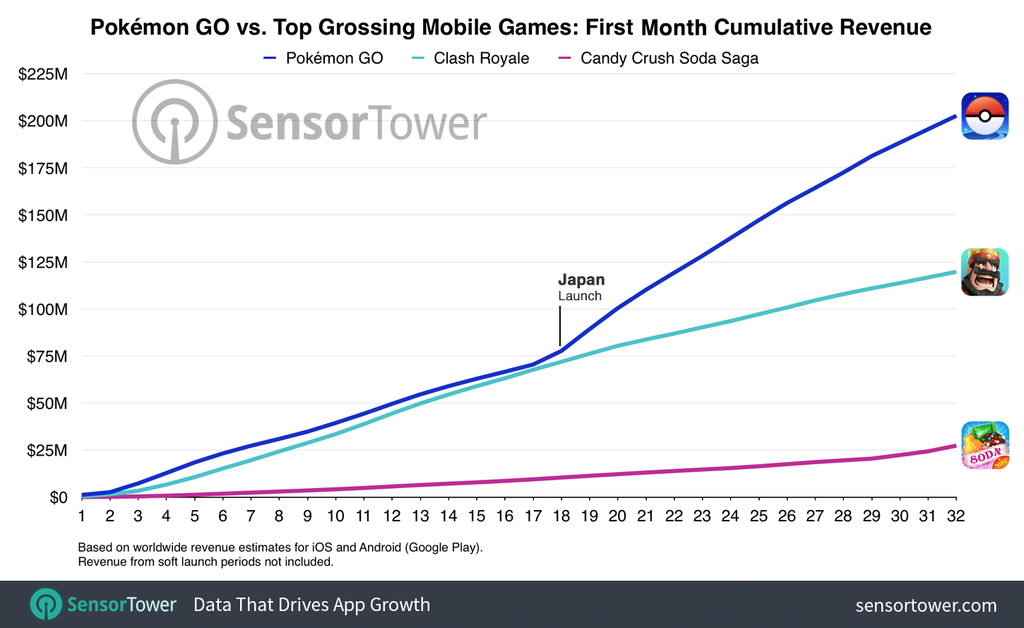 The biggest, by far, according to the data from Sensor Tower is an important point to consider when trying to evaluate the game’s future revenue potential: Pokémon Go experienced a huge spike in revenue generation in mid-July – the day when it launched in Japan.

Japan is the home of the Pokemon franchise and the site of the most projected number of loyal fan base that will turn out to be players of the game. Another boost to this overwhelming success of Pokemon Go is its addition o 15 new Asian countries on their list. Korea, India and China is still not on this equation. This makes Niantic optimistic that a larger gap will happen for Pokemon GO’s competitors.