There’s no denying that the recently-announced Galaxy Note 5 and Galaxy S6 Edge+ are two of the most elegant smartphones currently on the market, but if they’re not quite opulent enough for you, Vietnamese gold-plating company Karalux has today taken the wraps off both models dipped in 24-carat gold to tickle your fancy.

While gold-plating is a task that requires tons of experience and precision, Karalux claims that the process for stripping down, coating and rebuilding the Galaxy Note 5 was significantly easier than its predecessor. Here’s how the Hanoi-based company did it:

First, Karalux’s engineers dismantled the twosome, both of which are constructed from 7000 series aluminium. It’s believed that this alloy is 60% stronger and one-third of the density of stainless steel, making it incredibly light and durable for day-to-day use. 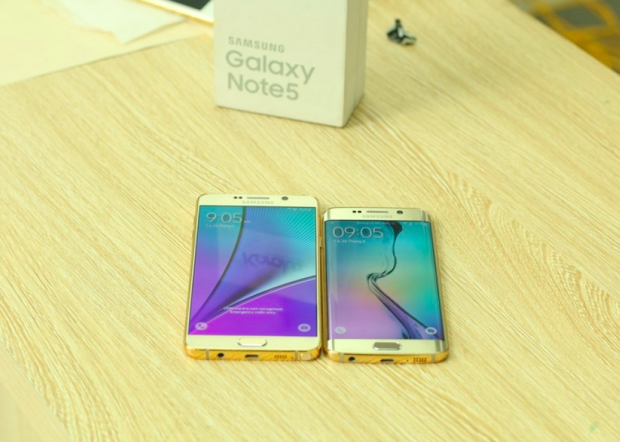 Once deconstructed, the individual pieces are thoroughly cleansed using an array of different high-end chemicals. A base layer is then laid to provide a clean, smooth surface for the gold to adhere to.

The next step is gold-plating. To do this, all the metal parts are submerged into a tank of liquified gold and left for a short period of time. Once the ions have attracted and the components have turned gold, they are pulled out and a protective layer is sprayed on top.

As you can imagine, this service doesn’t come cheap. The gold-plating process alone will set you back VND 8 million ($355), and seeing as Karalux doesn’t let you send in your own device, your only option is to purchase a made-to-order 24–carat gold Galaxy Note 5 or Galaxy S6 Edge+, which will cost you an eye-watering VND 25 million ($1110).