Regular folks who are eager to get hold of the HTC Vive would have been bummed by the news that it’s been pushed to April 2016, but in return, we’ll actually be getting a much improved version. At today’s Vive Unbound developers forum in Beijing, CEO Cher Wang teased that two weeks ago, Valve and her team made “a very, very big technological breakthrough” with their virtual reality system, so big that they decided to just skip the original version and ship this new one, albeit missing the Q1 date. “We shouldn’t make our users swap their systems later just so we could meet the December shipping date.” That said, Wang remained mum on what this upgrade is all about, except that it’ll be unveiled at CES early next month.

Another big mystery surrounding HTC’s next big thing is its retail price. After all, it may take some more incentive to attract a crowd towards this brand new system, especially with many simpler but very affordable alternatives now readily available. After some nagging from this author, Wang finally gave a vague hint: In a recent survey conducted with her engineers, 80 percent of the group raised their hands when she gave a price considered to be affordable for them, based on their pay. According to recruitment site Glassdoor, the base salary of a software engineer at HTC ranges from NT$51,500 (about US$1,560) to NT$57,077 (about US$1,730) per month. Nope, still not helping here. 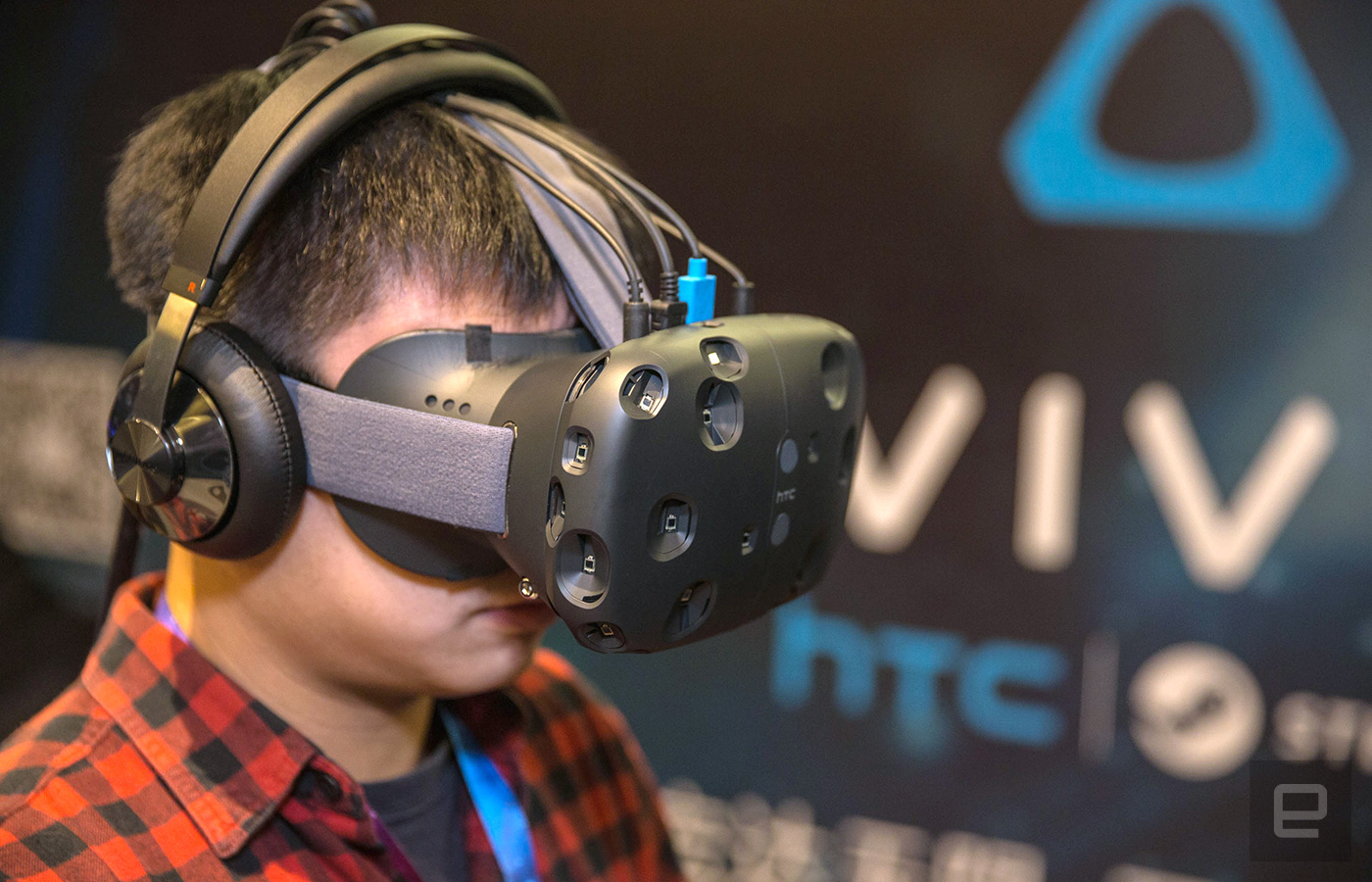 Regardless, it’s safe to assume that this kit will cost much more than existing offerings due to its extra hardware, though Wang remains confident that people will prefer the Vive’s more complete user experience, immersive feeling and quality of content. “Why would I buy a handicapped product? You won’t like it.” That’s mainly referring to the Oculus Rift’s lack of object tracking, though the exec acknowledged that from developers’ perspective, they need these low-end platforms as well to achieve a sizeable market, which is also why HTC never even considered enforcing an exclusivity with Valve’s SteamVR gaming platform right from the start.

It’s worth pointing out that the Vive isn’t just for consumers. Wang added that next year, Audi will be installing Vives in pretty much all of its flagship stores to offer virtual test drive. This will apparently be followed by “many of the major car brands that you can think of.” HTC is also pitching to hospitals with the use case of inspecting a 3D scan of a patient’s brain to better prep for surgery. Even schools can take advantage here: Wang likes the idea of letting kids learn about the human body by flowing around as a blood cell inside. As awesome as all these sound, we’ll reserve our judgement until HTC finally pushes this baby out into the big bad world.