Director Alex Gibney wraps up his latest documentary, Steve Jobs: The Man in the Machine, with an apt encapsulation of the Apple co-founder’s conflicting persona: “He had the focus of a monk, without the empathy.” Jobs, who passed away in 2011 of pancreatic cancer, was the genius who transformed Apple into a pioneer of the PC era; and was then kicked out of his own company before returning to revolutionize the way we listen to music and use phones. But he was also a man who, in the pursuit of fortune, infamously ran away from his responsibility as a father, and is generally known for being a tyrant. So how do you reconcile these two extremes?

Gibney’s doc (available today on iTunes and other streaming services) doesn’t settle on an answer, but throughout its two-hour runtime, he explores what made Jobs tick, and what made millions of consumers admire him. And while The Man in the Machine covers plenty of familiar territory — how many times do we need to see the Apple origin story, really? — Gibney still manages to give us fresh insight into Jobs through newly unearthed footage and interviews.

Gibney says he was driven to make the film after seeing the widespread outpouring of grief for Jobs following his death at age 56. Though Gibney himself was an Apple customer who fully bought into the lifestyle espoused by Jobs, he was still baffled by the reverence for Jobs’ passing — normally something we see in connection with the deaths of notable artists and musicians. For as brilliant as he was, Jobs was still just a businessman, after all.

The Man in the Machine begins by painting Jobs as a young man quick to see the commercial potential of the technology sector. Jobs’ earliest foray into business was selling Blue Boxes — devices used to trick older phone lines into giving free calls — which were elegantly designed by Apple’s other famous co-founder, Steve Wozniak. While this venture was short-lived (mostly because it was very illegal), it stands as evidence of a rebellious Jobs — one who didn’t mind skirting the rules even at a young age.
A story recounted by Wozniak also gives us another look at that brazen business attitude:

For one of their first projects together, Jobs and Wozniak developed the game Breakout for Atari. Wozniak was paid $350 for the game, out of the initial $750 Atari initially offered. But what he didn’t realize was that Jobs was also paid a $5,000 bonus due to the efficiency of Wozniak’s design. Jobs didn’t tell Wozniak about that extra money (he also went on to take most of the credit for Breakout). In a clip played during the film, you can see the anguish and disappointment in Wozniak’s eyes as he recounts the tale of deception. Wozniak, for the record, said he would have given Jobs the money if asked, but it was the fact that Jobs lied to him that hurt the most. 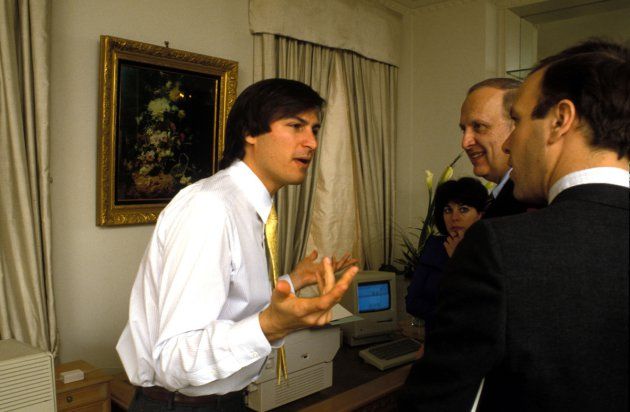 The Man in the Machine’s most affecting and illuminating moment occurs during an interview with Bob Belleville, a former Apple engineer from the original Mac team. He describes a fairly demanding work environment, where everyone slaved around the clock to get the Mac up and running. That job eventually cost Belleville his marriage and his relationship with his children. But he also had a special connection with Jobs — they traveled to Japan together several times and worked closely for years. Belleville’s dueling mixture of love and underlying contempt for his former boss are plainly visible when, in tears, he reads a eulogy he wrote for Jobs on camera. There’s been plenty written about Jobs’ death, but Belleville’s tribute is by far the single most emotional response to his passing I’ve seen yet.

Perhaps the greatest paradox of Jobs was his devotion to Zen Buddhism, which conflicted with his increasingly massive ego and ruthless business tactics. The film features footage of Jobs’ Zen teacher, Kobun Otogawa, who noted that Jobs desperately wanted to become a Buddhist monk at several points in his life. Otogawa instead encouraged Jobs to bring Zen ideals into his work. At one point, Otogawa recounts a night where an anguished Jobs came to him soaking wet from the rain, looking for guidance. They go for a walk and end up sitting in a bar, where Jobs shows him a component from an early Mac, which he described as a form of enlightenment. 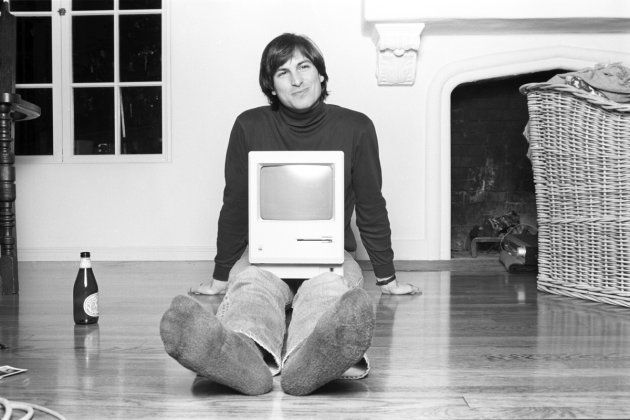 “His job was to make products,” Gibney said during a Q&A. “Fuck everything else.”

What really separates The Man in the Machine from most other Jobs biographies is its layered approach to the film’s subject. “It’s not about facts, it’s about texture,” Gibney said. As someone who’s directed and produced plenty of acclaimed documentaries in his time, including the war docs No End in Sight and Taxi to the Dark Side, Gibney disagrees with critics who say his films should just be a list of facts. For example, the film shows Jobs arguing with SEC investigators over a stock-backdating scandal in previously unseen deposition footage. On paper, Jobs’ responses might seem tame, but actually seeing his expressions and flippant attitude tells an entirely different story.

Like any effective religious figurehead, Jobs managed to tap into consumers’ capacity for brand devotion.

And, if you were wondering whether Gibney drew any parallels between the cult of Apple and Scientology, the subject of his last film, Going Clear: Scientology and the Prison of Belief, the answer is a definitive yes: “There is this feeling … there is a passion for this person and the products that any criticism can’t be tolerated,” Gibney said. “Can’t we discuss how pitifully paid the people are in China [who build Apple products]?”

Like any effective religious figurehead, Jobs managed to tap into consumers’ capacity for brand devotion, an element that gave Apple products a bit of an extra allure. The Mac wasn’t just a computer; the iPod wasn’t just a music player; the iPhone wasn’t just another smartphone — they existed to make your life more complete.

In the end, the same could be said for Jobs: He became a mythical product of his own invention. He wasn’t just a man and he wasn’t just a savvy tech innovator. He was a god — cold, distant and forever adored.

Samsung Gear S2: Unveiling Gear S2 just might work with the iPhone after all