❤ OnePlus has rolled out the September security patch to these phones 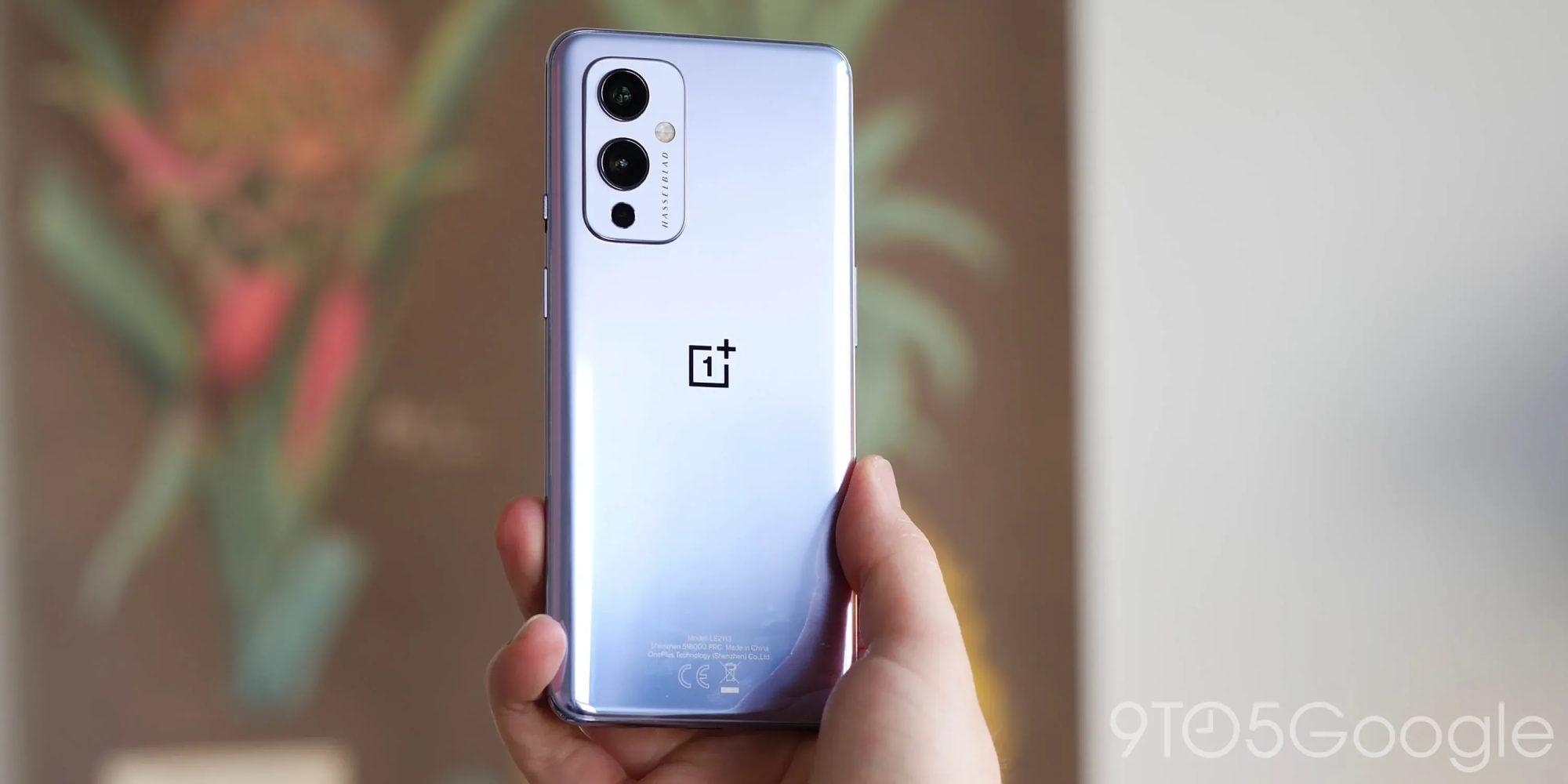 Security updates are designed to keep Android devices as secure as possible, but you’re only as safe as your latest update. OnePlus does promise regular updates for its smartphones for at least two years, so let’s see how they’re handling the September 2021 security update.

Google released the September security patch way back on September 7, but as is often the case nowadays, market leader Samsung started to see the update almost a week before it “officially” arrived on Android with the Pixel rollout. As a part of this month’s patch, Google issued a few key fixes, mostly of moderate severity — as is often the case.

Rightly criticized for update consistency, OnePlus started rolling out the September patch 11 days after Google, but a whopping 18 days after Samsung started updating almost all of its core device lineup. It’s worth noting that this is a bit of an improvement over the August patch update schedule, but it still feels as though OnePlus is letting things slip after a rally earlier in the year. While it’s very close to October, we’re still seeing a rollout to select devices. 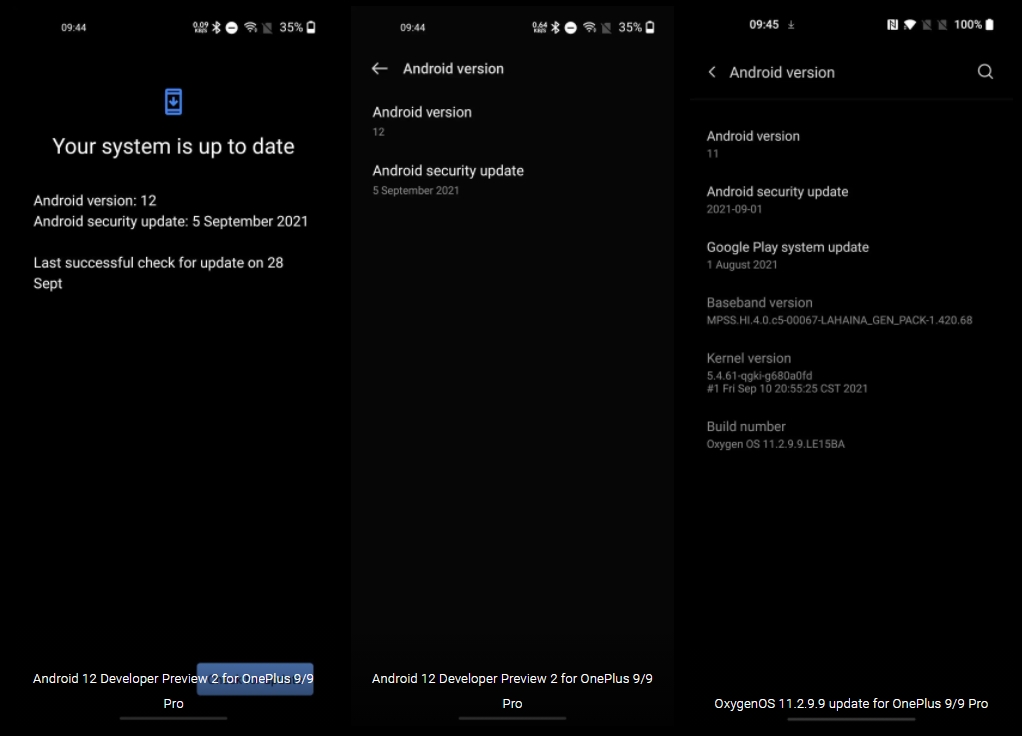 Those devices that have already started to see the latest update have also been on the receiving end of a few new features. As is often the case, there’s no discernable pattern to the company’s additions. We’ve said for some time that the overreliance on the Open Beta path is something that OnePlus has to move away from. It’s worth noting that the OxygenOS Open Beta has ended for a few devices over the past few weeks ahead of Android 12 coming soon.

On OnePlus 9 and OnePlus 9 Pro, the September patch not only includes a number of common bug fixes including stability and device performance, but it also adds a brand-new XPan camera mode that was made famous by Hasselblad cameras. It’s unclear if this feature will ever come to other non-Hasselblad-certified devices from the firm, but it’s a neat new option for those with 2021’s flagship devices.

OnePlus devices with the September 2021 update

OnePlus confirmed that we are unlikely to see a 9T model this year. This means that until the OnePlus 10 arrives, the 9 series will be more prominent — and hopefully gain greater software support. As the flagship series, the OnePlus 9 and 9 Pro were the first from the Chinese OEM to gain access to the September 2021 security patch.

This has arrived in a couple of flavors. Firstly, it is available as part of the OxygenOS 11.2.9.9 update. As we have mentioned, this includes a number of substantial camera tweaks and the new XPan camera mode. For those happy to run what amounts to pre-release software, the recent Android 12 Developer Preview 2 for the OnePlus 9 and 9 Pro also comes with the latest September 2021 security patch. However, it isn’t mentioned in the changelog, but we can confirm that it is included as part of this update.

Although an India exclusive device, the OnePlus 9R is also able to grab the latest security patch with OxygenOS 11.2.5.5. This patch includes a number of tweaks and fixes for some problems many owners saw with app crashes, and even problems with Warp Charge not activated correctly.

Now approaching four years old, the oldest OnePlus devices in the entire lineup still receiving support now have access to the September 2021 security patch. It’s hard to be massively critical of OnePlus for this particularly update, especially as many other devices from a similar time period — save some Samsung flagships — have ceased being supported.

The OxygenOS 11.1.1.1 patch does not bring any new features, but does add some important software fixes and tuning to ensure your device runs smoothly. Plus on top of that, you have the September patch to protect your OnePlus 6 series handset.

While we’re seeing a relatively small pool of devices get the latest patch, a larger selection of the OnePlus hardware lineup is now running the outdated August 2021 security patch. We’re not entirely sure if or when we could see the devices updated, but we are hoping that they are patched soon.

How can I get the September 2021 security patch on my OnePlus device?

OnePlus has a habit of rolling out updates for devices in a staged manner. That means that the initial release and subsequent confirmation on the OnePlus Forums doesn’t always indicate when you’ll be able to grab an OTA file and get your device updated/patched.

Our advice is to use a third-party application to get updates in a timely manner. The community-run Oxygen Updater allows you to sideload official update .zip files as soon as they are available publicly. While this will ensure you get updates right away, if you encounter problems, you may need to revert to an older build. This may require a device reset if problems are major.