Samsung Malaysia Electronics and may other overseas Samsung dealership are postponing launches for the Note 7 due to high demand for the smartphone.

Samsung and its biggest hit so far, the Galaxy Note 7 have overwhelming reception from all over the world. Even so much success that certain countries are starting to slow down and even postpone pre-orders and availability. Very high demand means the people want to have the new Note 7.

Samsung Malaysia Electronics even released a written message to the media stating that because of this high market demand, it won\’t be able to launch the Note 7 soon. Apparently, the launch is re-scheduled for September with shipping for current pre-orders still to be honored and will be pushed through. The global need for the new device triggered some smaller markets like Malaysia postpone their launch.

Europe has already seen a push back of its own Unpacked event for the Note 7 while in the UK, Clove expects to sell its first device the first week of September at the earliest.

The Galaxy Note 7 is really the hot stuff to get right now. 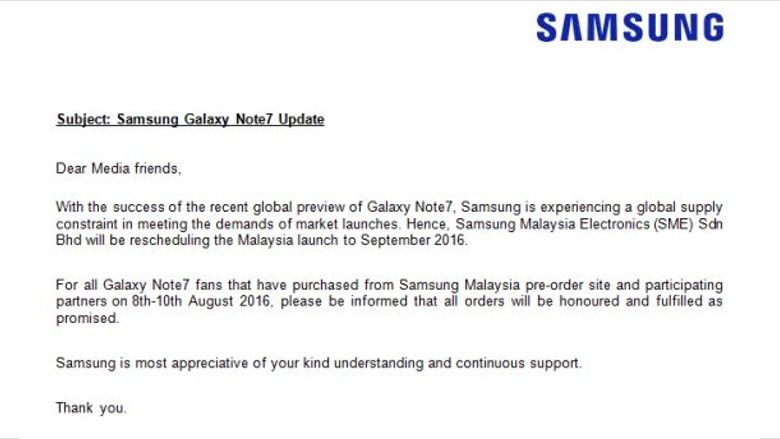