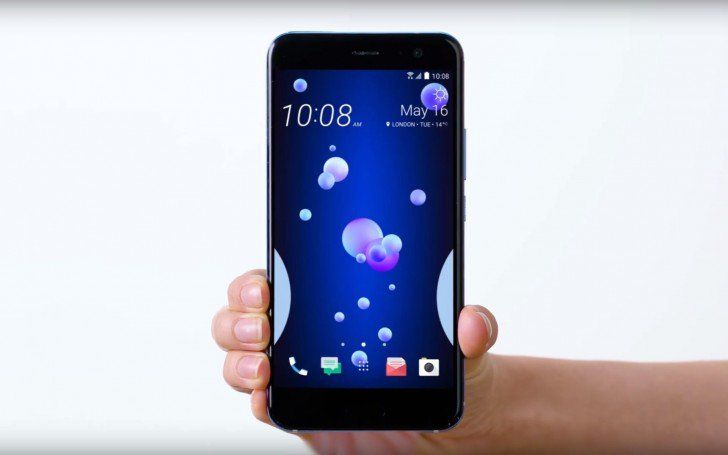 If you follow the news, you probably know that HTC U11’s standout feature is the Edge Sense pressure-sensitive frame which lets users squeeze the sides of the phone to get it to perform a certain action. Unfortunately, up until now the Edge Sense’s functionality was restricted to a few commands HTC had baked in.

But this won’t be the case for long. The Taiwanese company is in the process of rolling out a new beta update for Edge Sense which adds a bunch of new functionalities. It’s currently available for participants who have enrolled in the app’s beta program.

Most importantly, the new software update brings the ability to program short of long squeezes to prompt a specific function inside any app. You might remember that not so long ago HTC detailed some new Edge Sense squeeze actions including zoom in and out of Google Maps or Google Photos, browse around and exit the calendar, answer and end calls or turn off alarms. These default actions are now finally available to HTC U11 owners.

But the main draw here is that you can create your own shortcuts for any app of choice. For example, if you are an avid YouTube user, you can program a squeeze-to-play or pause action for this particular app.

The steps to do so are really simple. Open up the app to which you want to add the Edge Sense functionality and look for the little red icon sitting at the top of the screen. Hit it and then tap the exact area of the app you want the squeeze to activate.

However you won’t be able to activate more than one shortcut in one app, although enabling Edge Sense’s Advanced Mode will give you an additional action.

It worth mentioning here that an Edge Sense-like gimmick will be coming to the Pixel 2 and Pixel 2 XL. The feature will be dubbed “Active Edge”, but it remains to be seen whether it will be more useful than the Edge Sense.