So Apple killed the headphone jack with the iPhone 7 and 7 Plus. But what does that really mean? Think back to Apple’s origin story and the tale of the two young Steves, Jobs and Wozniak, building their first computer in a garage. From the start, Jobs pushed for simpler technology, with fewer ports and expandable options than other PCs had at the time. And then there was the original Mac, which was criticized for requiring special tools to open up.

That philosophy has only evolved throughout Apple’s lifetime. Look at the iMac, the iPod and, of course, the iPhone, all of which were vastly simpler and more “user-friendly” (but less “tinker-friendly”) than their competition.

Now we have portable computers whose only I/O port is Apple’s very own Lightning standard. No matter what you think of the headphone jack, there’s no doubt that losing it gives Apple even more control over what you can actually do with its latest phone. There won’t be any room for surprising innovations like Square’s credit card reader, or the shutter mechanism used by most selfie sticks. (Yes, there’s a Lightning-to-3.5mm adapter included with the new iPhones, but that still gives Apple more control over how that port is used.) 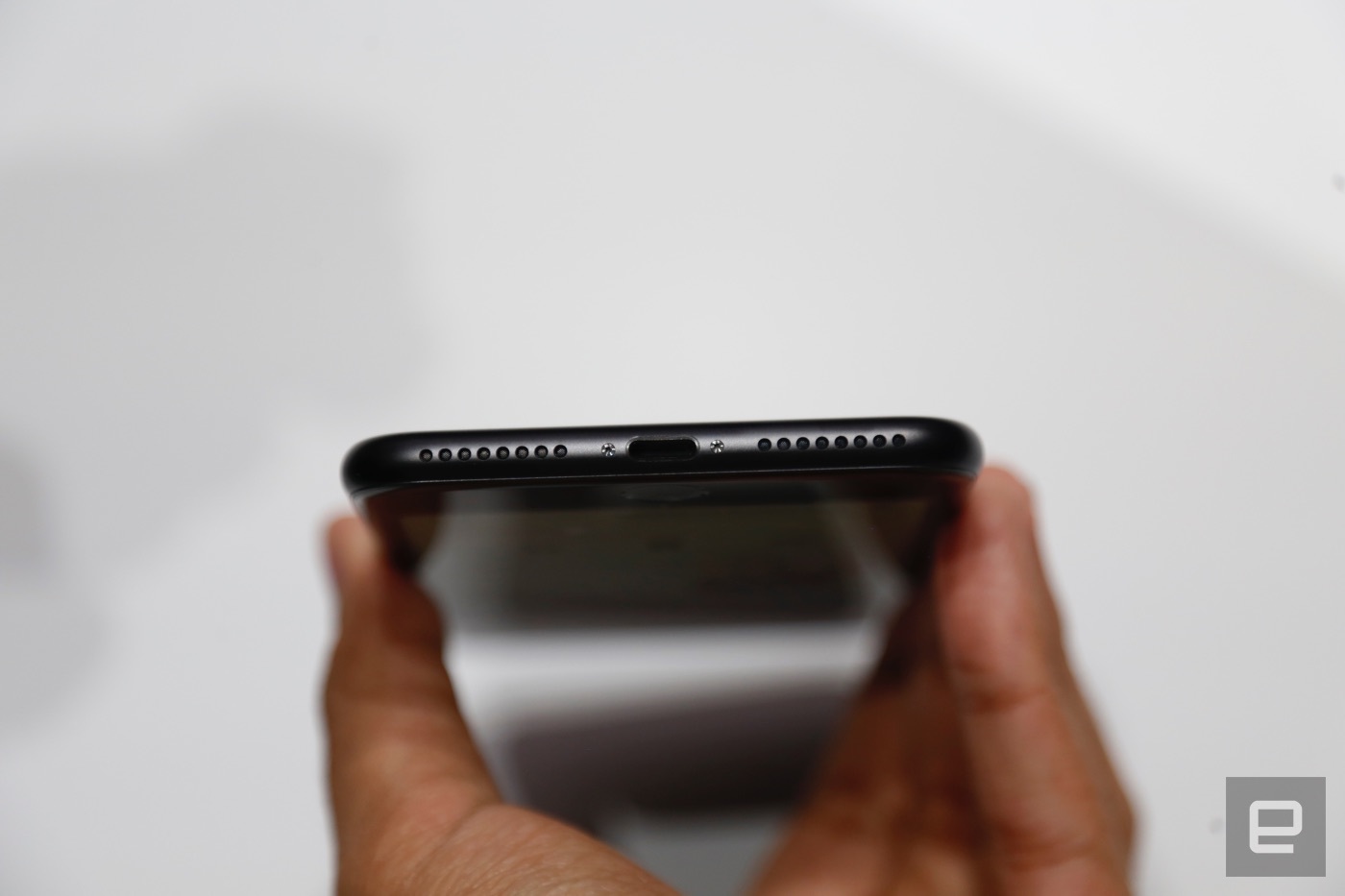 To create devices for the Lightning port, accessory makers have to sign up for Apple’s MFi (Made for iPhone/iPod/iPad) program. As we say goodbye to the 3.5mm jack, we’re also saying goodbye to a port whose history goes back over 100 years, and whose development was open to just about anyone. That not only gives Apple control over what you can do with the iPhone you own, it’s also another way for it to charge developers licensing fees. (It’s possible to make counterfeit Lightning devices, but Apple doesn’t exactly encourage that.)

That Apple is pushing users toward wireless audio, which still can’t reach the quality levels of wired headphones, isn’t too surprising. Even though it revolutionized the portable music world with the iPod and iTunes, Apple historically hasn’t been concerned about how things actually sound. Early iTunes songs were highly compressed 128kbps files, and Apple pushed its awful white earbuds on consumers for years. The EarPod was a step up in quality, but it still paled in comparison with similarly inexpensive alternatives. (They’re also a terrible fit in my ears; a slight head shake is all it takes to make the EarPods fall out, which doesn’t bode well for the new wireless AirPods.)

Sure, buying Beats was a sign that Apple might finally be looking closely at audio quality, but that was also as much about brand recognition and software. At least the company was wise enough to debut a new wireless Beats lineup this week.

On the one hand, it makes sense for Apple to tighten its control over the iPhone’s hardware — it’s simply what the company has always done. The new MacBook was criticized for only having a single USB-C port, but at least that’s an industry standard. For anyone who’s used Apple products and felt trepidation over how it manages its ecosystem, the iPhone 7 is a red flag. It probably won’t be long before we see the company remove headphone jacks from the iPad, and perhaps even the MacBook. Those are also devices where internal space is scarce, after all.

In what will likely be the beginning of a tech industry meme, Apple’s marketing head, Phil Schiller, said the reason the company dumped the 3.5mm port was “courage.” But as we’ve argued endlessly, that’s not really the case. A better word for Apple’s reasoning? “Opportunistic.”

Judging from the responses on the web, the Apple faithful (unsurprisingly) is fully on board with the company’s decision to drop the 3.5mm jack. But as someone who’s invested in several pairs of great headphones, doesn’t want to have an annoying dongle sticking out of my phone all day, and enjoys the miraculous ability to listen to music and charge my phone at the same time, it’s a big problem.