Best vantage points for Vivid Sydney? You can listen to a talk about the state of robotics and artificial intelligence in this version of Vivid Sydney this year. Get some tidbits from two women who are about to change your perspective about how AI and role play games can change the human mind.

Vivid Sydney can be as helpful and fruitful as you want it to be. So don’t think about how it can’t change you and think how you can use it to your advantage. 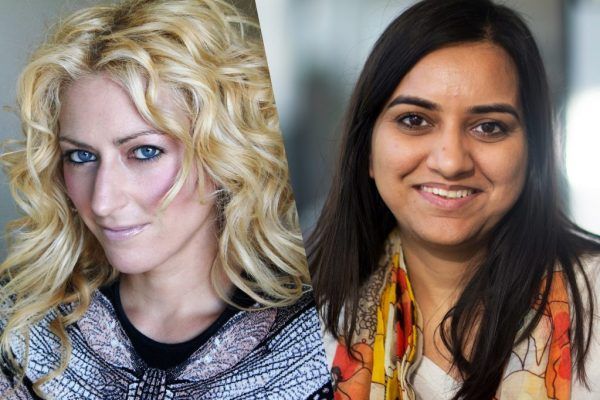 Technology and artificial intellegence are now a ubiquitous part of our society. This Vivid Sydney talk takes two women who knows AI and robots well from the inside and impart those knowledge to us. Join the talk on June 3 for an intimate look at the state of our modern technology.

What time does this Vivid event start? June 3

Where can this be found? City Recital Hall, 2 Angel Pl, Sydney NSW 2000

As Director of Game Research and Development at the Institute of the Future, Jane McGonigal believes that games are far from a waste of time. She can prove games have the power to transform the way we live our real world lives.

After suffering a debilitating concussion that left her bedridden and suicidal, Jane decided to turn her experience into a role-play game SUPERBETTER. Not only did gamifying recovery help Jane overcome her brain trauma, it has helped half a million people to overturn their depression, anxiety, chronic pain and even cope with terminal diagnoses.

Jane McGonigal will be joined by Kriti Sharma.

When faced with alarmist news stories that ‘a robot has gained citizenship of an actual country’ and ‘AI is going to take all our jobs’, Kriti Sharma doesn’t flinch, she sighs. As a leading global voice on Artificial Intelligence named by Forbes and Recode 100 as a key influencer in technology, Kriti isn’t worried about robot overlords swooping in, she knows AI is already integrated into everything we do.

Artificial Intelligence affects us all daily. In fact, we are all AI coders, we just don’t realise it. Every time you search for answers on Google, hit like on Facebook, scan jobs on LinkedIn, watch YouTube videos, AI decides what you see next. Every digital trace you leave cascades thousands of decisions about you that determine not only what you see, but how you are seen.

The good news is that AI is within our control. We can teach AI the right values, the right ethics. We just need to act sooner rather than later.

Kriti will help us understand the inherent biases in the systems and explain why diversity is critical in the teams that build AI. She will unpack recent examples of privacy breaches including Cambridge analytica and explain what we can do today to shape our digital future.

Together, they’ll explore the latest developments in AI, VR and gaming and ask what sort of society are we creating with technology and who benefits? Join these two powerhouse women in their crusade to retain the human element in a digital world.