Why does Apple keep selling the iPhone 8 and iPhone 8 Plus when their new real product and flagship is the iPhone X? Simple: a backup plan.

It’s an expensive Plan B.

Well, the iPhone 8 and iPhone 8 Plus is a safety net for Apple. Since the release of both phones, there will always be a blanket of “what ifs” in the keynote. The iPhone X is great but it’s not fully tested. The Face ID will be the only barrier from your data to potential data or identity theft. It’s never been used on any smartphone before. A lot of testing to be done means that the iPhone X will live it’s debut alongside a well-known design which is in the iPhone 8.

If the iPhone X proves to be a failure due to the new features, Apple can just boost iPhone 8’s marketing and do the old “sweep it down the rug” move they’ve been doing for some time now.

As embarrassing as it is for Apple to admit it, it’s in the mercy of Samsung right now. The AMOLED on every iPhone X that will be sold in the holidays will be from Samsung. The Korean company knows this so they are somehow taking the leash and gives the impression that it can’t produce enough for Apple’s AMOLED demand. Are they being cheeky? No one will know for sure, but being fierce competitions that they are, of course Samsung will get the advantage anytime.

Apple knows that Samsung won’t play fair so if manufacturing of the iPhone X will slow down due to low AMOLED supply, the iPhone 8’s IPS display will save the day. 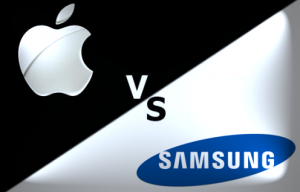