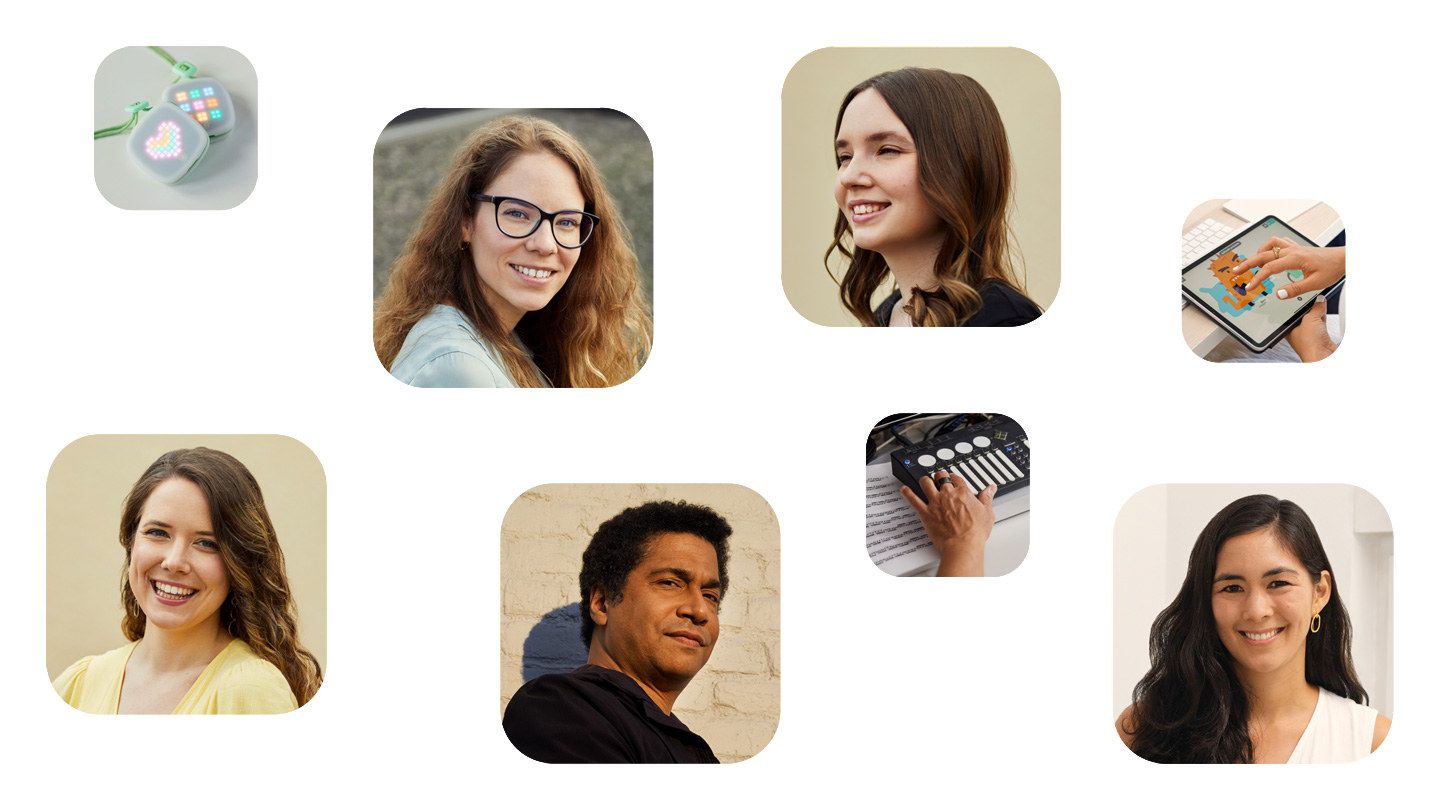 When ShapeShifter Lab founder and accomplished Jazz musician Matt Garrison first dreamt of a completely new, collaborative digital music experience, he reached out to friends and fellow musicians who could code. Their time was limited as they were focused on their own projects, but Garrison persisted. He knew it was essential for him to understand the fundamentals of programming to jumpstart his app’s development.

“I said, teach me to code, and I’ll build it myself,” says Garrison. “Just show me how it’s done. Because I think as an artist today when you’re faced with a challenge in technology you’ve got to break it and push it.”
Working initially in Objective-C and later in Swift, Garrison and his team have been collaborating on an app called TuneBend, a new way for musicians to jam together, record, and eventually sell their music in a musical entrepreneur ecosystem. TuneBend combines Garrison’s passions for music, technology, and entrepreneurship; Garrison runs his own business, ShapeShifter Lab, a music venue and performance space in Brooklyn, New York.
“I’ve always been fascinated with computers and technology,” says Garrison. “Now I understand how to get inside them to really develop a digital texture to the ways of presenting music. I think we’re one of the few music venues that actually builds code on site.” 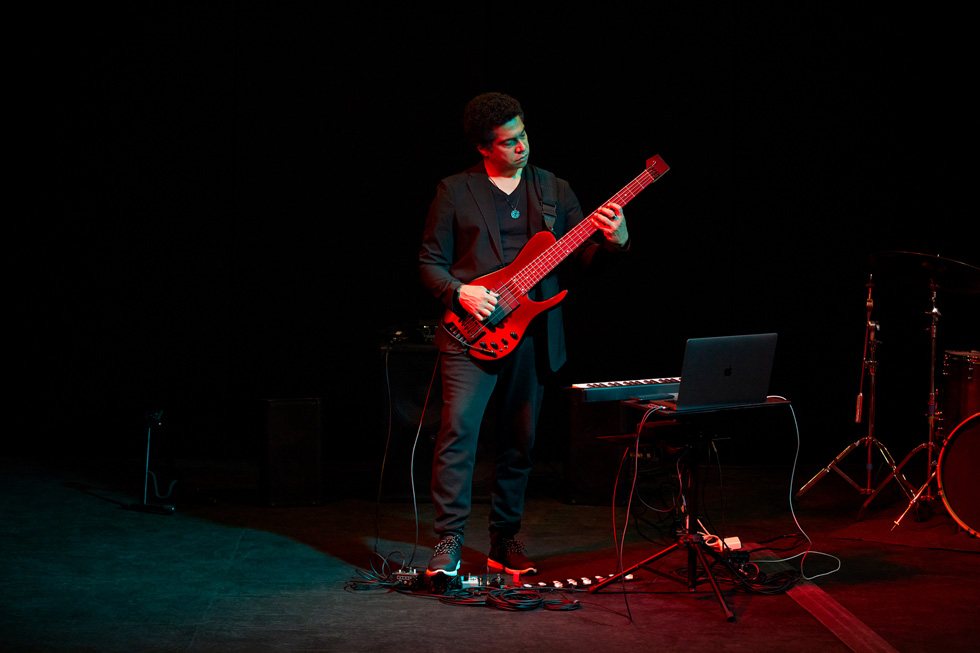 Matt Garrison is the founder and director of ShapeShifter Lab, a music venue and performance space in Brooklyn, New York.

Around the world, coding has become the official language of today’s entrepreneurs. It eliminates obstacles, offering powerful platforms for new business innovators to engage customers with breakthrough experiences and services. To share the opportunities that are opened up by code, these developers are even creating apps that teach coding to traditionally overlooked communities. With apps for learning the fundamentals of code and fostering creative expression, entrepreneurs seek to engage a broader community of future developers and creators. Their sense of purpose is often a result of their own coding journeys, starting when and how they began working on their first digital projects.

All my male coder friends had learned when they were kids, and it had not been something on my radar. I wanted to change that for the next generation.

Hopscotch founder Samantha John wanted to create an app that ignited the imaginations of young girl coders. Hopscotch is a code-learning app that enables kids to learn to think creatively and learn the fundamentals of code by building their own games, art, and stories. Kids and teens can publish their creations to Hopscotch’s fully moderated community where they can can play and learn together. John first learned the power of code through her coursework in college, but she noticed that a lot of her male friends had learned coding much earlier.
“I wanted to make something for little me!” says John. “All my male coder friends had learned when they were kids, and it had not been something on my radar. I wanted to change that for the next generation.”
To further develop their apps and learn more about powerful new tools and resources for their businesses, both Garrison and John attended Apple Entrepreneur Camp.
Launched in 2019, the Apple Entrepreneur Camp is an immersive tech lab designed to for app-driven companies founded and led by developers from underrepresented backgrounds in the field. Initial cohorts included 100 women innovators and their teams from 42 countries. As part of the company’s Racial Equity & Justice Initiative, Apple welcomed the program’s first cohort of Black founders and developers earlier this year.
“It was amazing getting to work at the new Apple campus and having access to all the resources there,” says John. “I think my favorite part was when I got to work on a bug in web GL with the actual engineer who maintains it for Apple.”

Hopscotch is a fun way for kids to learn the fundamentals of code by building their own games, stories, and art.

imagiLabs founders Dora Palfi, Beatrice Ionascu, and Paula Dozsa were also Apple Entrepreneur Camp participants. Originally from Sweden, the developers met while studying computer science at New York University Abu Dhabi, where they discovered a shared interest in digital experiences centered around human-computer interaction. imagiLabs was born out of an industry reality: the scarcity of women in tech. Thus, the mission of imagiLabs is to inspire young girls to develop their own coding superpowers. imagiLabs provides a supportive community through the app, the imagiCharm smart accessory, and a social network, so girls can learn to code with friends.
At the Apple Entrepreneur Camp, Palfi, Ionascu, and Dozsa found the opportunity to share ideas and experiences with other startups and founders. The experience confirmed their belief that for technology to benefit everyone, the world needs more diverse creators.
“Studies have found that at the age of twelve, boys and girls share a similar interest in computer science,” says Dora Palfi, imagiLabs’s CEO and founder. “However by the age of fourteen this interest diverges, with interest rising to 47 percent for boys, but declining to 12 percent for girls. We believe this is due to a lack of relevant activities created with, and for girls. Our app and the imagiCharm can fill this gap.”

ImagiLabs founders Paula Dorza, Beatrice Ionascu, and Dora Palfi want to give coding superpowers to girls around the world so they can grow up to be entrepreneurs, inventors, and changemakers.

From left to right: imagiLabs is a coding app and network empowering a community of girls who code. The imagiCharm is a smart accessory that girls can customize every day using the imagiLabs app.

Apple Entrepreneur Camp offers a hands-on technology lab, one-on-one code-level guidance from Apple experts and engineers, as well as mentorship, inspiration, and insights from top Apple leaders. After the lab concludes, participants get ongoing support and become part of a growing community that helps create and build businesses. In 2020, Apple expanded Apple Entrepreneur Camp to cohorts for Black founders and developers.
“The first place I heard about the Entrepreneur camp was at WWDC last year,” says Garrison. “Tim Cook came out and talked about the idea of finding a good path for racial equity, and that coding could do its part. My friends said, you’re probably perfect for that. I agreed.”
With TuneBend set to become available this fall, Garrison will first launch a smaller, initial version of the app during the Worldwide Developers Conference (WWDC) 2021. Aptly named “Matt Garrison,” the app will have the basic components of TuneBend and offer a taste of what’s to come. Garrison wanted to gather feedback through this first iteration of his vision and build in more features over time to involve users at every level — a digital jam with the endless possibilities of music and code.