Flash Plus 2 Review: Better Than The Original? 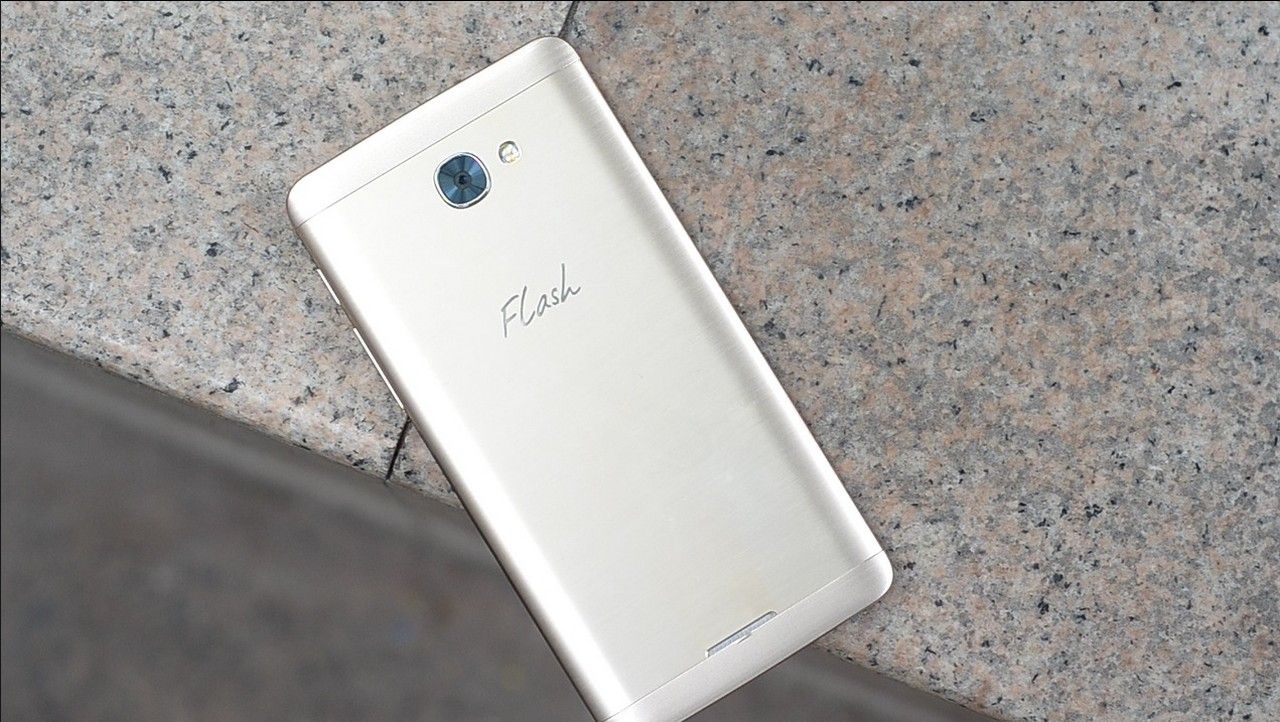 We review the Flash Plus 2!

If you haven’t heard, newly independent brand Flash has officially released their follow-up to last year’s hit the Flash Plus. This year the brand is looking to repeat their success with its successor, the Flash Plus 2. Does the Flash Plus 2 recapture the same fire that made the original so successful?

On of the biggest criticisms that we had with the original Flash Plus was its design. Simply put, it was a terrible looking phone, with a fairly generic design and plastic fantastic externals. This fact wasn’t lost on Flash since they’ve now used plenty of metal in the Flash Plus 2.

Don’t be fooled though, while the Flash Plus 2 may look it, its body isn’t made completely out of metal. Instead, Flash used a metal shell that goes over the main body, protecting the plastic bits with something more durable and giving the illusion of a more premium body. This setup is a great compromise, because a full metal, unibody construction would have meant a higher overall price – this way you’re getting a very premium exterior without the associated construction costs. It also means that you get two SIM slots AND a microSD expansion slot since it doesn’t have to use a hybrid SIM tray like other full metal smartphones do.

Folks who keep up with our reviews may have already seen the resemblance of the Flash Plus 2 to Huawei’s GR5 (or Honor 5X, depending on where you are). The sides of the phone is curved for better ergonomics, and there’s a very prominent brushed aluminum finish to the entire metal back that adds a visual punch.

One of the features that’s been added that’s not present on last year’s model is the fingerprint scanner, which is housed on the physical home key on the front of the phone, which is in turn, flanked by physical Android navigation keys. The scanner works well enough, but you do have to press on the home key for it to unlock your phone if the screen is off. One nice feature is the ability to register different applications to open depending on which finger you use to unlock the phone.

Going through the rest of the physical features of the phone, you’ll see the power and volume rocker on the right, while the 3.5mm jack is on the top of the phone. The USB port is on the bottom, while the speaker grille is on the back. We’re not fans of the button layout on the side, since most other devices nowadays place the volume rocker higher than the power button or move it to the other side entirely.

The display is a 5.5-inch full HD IPS panel and has good sunlight legibility. There’s good viewing angles all around, and color reproduction is good. There’s really nothing bad we can say about the display, which is rare thing for a budget device.

Helio P10 is a big improvement, but RAM needs to be improved

MediaTek’s new Helio P10 octa-core processor is fast becoming a common sight on phones nowadays, and the Flash Plus 2 is the newest Android smartphone to pack MediaTek’s new chipset. The processor chugs along at 1.8GHz, and is paired with a Mali T860 GPU, 2GB of RAM, 16GB of expandable storage and Android 6.0.

As we’ve seen in other phones, the P10 isn’t a performance-focused chipset. It’s fine for normal use and light to medium gaming, but Android gaming aficionados will probably be disappointed to learn that the Flash Plus 2 struggles sometimes with graphically-intense games. We were also a little surprised to see a lower than normal AnTuTu score with the Flash Plus 2 compared to other Helio P10 equipped phones.

Our review unit only came with 2GB of RAM, and we could see that it was struggling as the day went on. Sometimes we’d open an app or Facebook Messenger and would see the keyboard show up a few moments later. Navigating through Facebook also showed noticeable lag after a while, which is a clear indicator of not enough RAM.

While Helio P10 isn’t the fastest processor around, it addresses many of the issues that we had with the previous generation of MediaTek chips, namely, wireless performance. LTE performance is now on par with last generation Qualcomm chips, capable of quickly locking on to LTE signals and is able to hold on to that signal for longer. GPS performance has also improved quite a lot, with the phone able to lock onto our location both in Waze and Google maps faster than ever before.

The Flash Plus 2 also has HiFi audio on board. It does sound better than other phones without the HiFi chips, though you will need to have decent headphones and good source material to really hear the difference.

Rounding off the performance tests – there’s a full suite of sensors on the phone including a gyroscope so you can use it with VR headsets and apps, and calls made to, and from, the Flash Plus 2 are clear and crisp.

Camera is good enough, though EIS is obnoxiously bad

The Flash Plus 2 comes with a 13-megapixel rear camera with a f/2.0 aperture lens, phase detection AF and dual LED flash. It’s an upgrade coming from the previous generation, but does it deliver? Kind of. The image quality is definitely better in the Flash Plus 2 compared to the previous generation, and does well enough in good lighting. Unfortunately some photos taken looked a bit yellow for our tastes, but all things considered the camera is good enough for the price.

The Flash Plus 2 can take full HD videos, and there’s electronic image stabilization thrown in. Unfortunately EIS is more trouble than it’s worth, and there’s very noticeable artificial movement in the video that we took with the phone since the EIS is very aggressive, as you can see in the video.

The Flash Plus 2 comes with a non-removable 3000mAh battery. We managed to get 6 hours and 56 minutes in PCMark’s battery benchmark, which is good enough to take you through the day. There’s a quick charging feature with the included charger, capable of taking the phone from 0 to 50% in 30 minutes.

Looks good, but doesn’t perform quite as well as the original

Is the Flash Plus 2 worth the money? Depends on what’s important to you. There’s a lot of things to like about the Flash Plus 2 – good display, premium-looking design plus the improved GPS and LTE performance. Unfortunately, that comes at the cost of reduced performance – it’s simply not as powerful as the original was, all things considered. Maybe it’ll improve with the 3GB version that’s set to drop around a month or two from now – or maybe not.