Metal or Plastic? What is the right answer?

Here at IFA 2014 in Berlin, the Galaxy Alpha is on display front and center at the Samsung booth. As many people seem to agree, it is hard not to notice the shiny Galaxy Alpha, even next to the new Galaxy Note 4. From what we’ve seen, when you see it, you’ve got to check it out.

While I definitely noticed that it was difficult to put the Galaxy Alpha down, I was also reminded that for a while, one of the most frequently asked questions on smartphone-related articles on Samsung Tomorrow was this:

Why not a metal case? 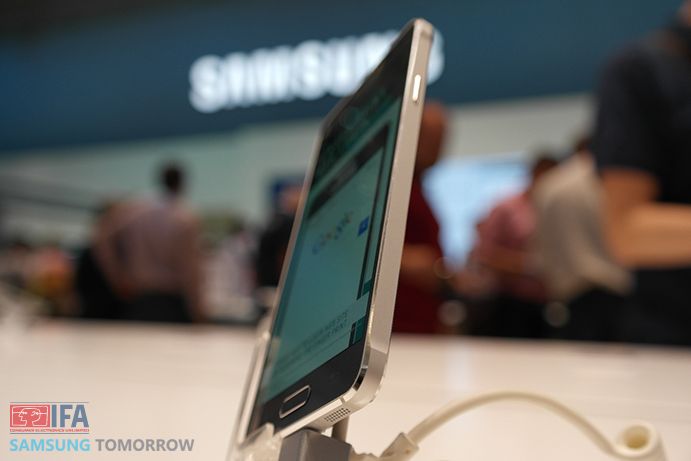 It is a fair question. Considering the range of products Samsung manufactures, Samsung is quite a veteran when it comes to handling the steel. From refrigerators to mobile devices, Samsung has been showcasing products with metal surfaces for quite a while now.

Now, the Galaxy Alpha is out, and with its sleek metallic frame, it is safe to assume that the question has been answered. The question I find myself asking is:

Believe it or not, there are many people around the world who enjoy the polycarbonate case (which is commonly regarded as ‘plastic’). In its defense, polycarbonate is actually an advanced material with many benefits and used in many different fields other than smartphones as well. For example, it is durable enough to be used in safety glasses and police riot gear, while still being light enough to carry comfortably.

As a relatively long-term smartphone user, I have yet to experience an occasion where a polycarbonate case produced a negative experience. There must be many people who share this experience.

The proponents for a metallic body say that the biggest advantage it has is the design and grip. At less than 6.7 mm thick, the sleek Galaxy Alpha features a metal frame that resonates premium high-end design. It also features sophisticated design techniques with one-of-a-kind curved corners on top of the metal frame. Yeah, it really is hard to argue against the design concept of the Galaxy Alpha. Of course, the metal frame provides solid protection in case you drop it as well.

As we can see, the metal body has its advantages and plastic has its own advantages. Nothing is straight out superior to the other in terms of usability; they are equally qualified materials for a smartphone. Basically…

Metal or plastic, strictly a matter of preference.

Everyone is different, and as a result wants or needs different things; there is no right or wrong when it comes to preference. Whether you are a user or a producer, differentiation based on preference is a mutually beneficial thing, and thus important. Samsung, as a producer, recognizes this quality about its users.

As insinuated in the beginning of the article, people have been asking for a metal-cased smartphone by Samsung. The Galaxy Alpha was built and designed based on the specific desires of the consumer market. The fact that Samsung listened to consumer feedback and delivered the product is something that shouldn’t go unnoticed.

There was a lot of emphasis on the design of the Galaxy Alpha here. It should be mentioned that the Galaxy Alpha maintains the high quality performance of the Galaxy series, such as Super AMOLED display, advanced camera, dedicated fitness features with HRM, Ultra Power Saving and a fingerprint scanner. The Galaxy Alpha’s battery features a capacity of 1,860mAh with up to 11 hours of talk time – and with just 10% battery left, battery power can last up to 24 hours using Ultra-Power Saving Mode.

As a fan of smartphones, it is just exciting to see so many different types of smartphones in one place here at IFA 2014. And if you are a fan, the Samsung booth at IFA 2014 would really be like one giant candy shop. The variety of devices at the Samsung booth really shows Samsung’s effort to satisfy as many people as possible, whether you are a metal or plastic case fan.

**The following is an individual opinion of editor ASyk and does not represent the official views of the company.