Oculus Rift’s getting the Guardian, its own boundary system

Is this a sign of Oculus Rift catching up with the already established HTC Vive hardware and software platform? The Guardian seems to have good potential.

Oculus finally confirmed that it is currently hard at work on its new virtual reality boundary system called the Guardian. A launch for this new system will be included for the Oculus PC SDK 1.8 update.

In a relatively new technology, virtual reality gives a new way to interact with computers.

The only problem with room-scale mode is the swinging of motion controllers plus the fact that players can actually walk around a small play area can lead to some serious trouble. Reports of controllers banging on the wall or players tripping into coffee tables is becoming the norm but still poses the same danger.

On the past few months, virtual reality users got some solutions from Valve with its Chaperone system. This boundary system is incorporated to SteamVR and HTC Vive. With this, players will be able to map out their play area before actually playing some games. During gameplay, a virtual world will be seen from the player’s perspective if they are near or over the boundary.

It’s a perfect solution for now and Oculus is planning to do the same with the Oculus Rift. Probably even more.

‘Guardian’, as they call it, is Oculus’ boundary system for virtual reality. The company’s VP of Product, Nate Mitchell, confirmed today that the system will launch this week to developers through the next Oculus PC SDK update, version 1.8. He teased that the company will be talking more about the system at the ‘Connect’ developer conference early next month.

Though some patent issues might arise if the Guardian will be in conflict with Chaperone feature wise. The sensory feedback systems and methods for guiding users in virtual reality worlds is still to be watched out for. 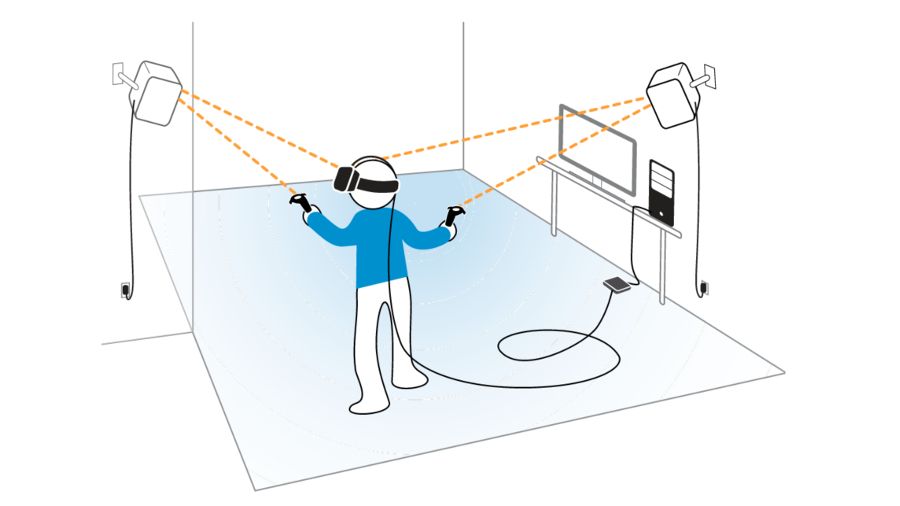 The HTC Vive and Valve’s Chaperone system makes use of two base stations mounted on top of the player’s play area. This has been a standard and was the basis for all virtual reality games that the HTC Vive has in Steam.