Hate lugging around your desktop setup to play with your HTC Vive someplace else? MSI’s VR One may help you with its new VR Backpack PC. It’s so powerful.

In this year’s Computex, backpack PCs is even more watched out for. Taiwan may be the right place to showcase what some OEMs have in store for the virtual reality enthusiasts who are eagerly waiting for these niche PCs. What stood out from the rest is MSI’s VR One.

The VR One is a finalized product that looks more polished and far from what we might call a prototype test unit. It’s got a very cool looking red and black design which MSI also embellish their gaming PCs and laptops. Getting the VR One on your back will definitely be a cool factor booster as it resembles an astronaut’s life support.

Quick specs for the MSI VR One:

Keeping the whole thing cool is a custom cooling system, which features two 9cm fans and nine heat pipes, along with a whole bunch of vents. MSI claims the VR One runs at a relatively quiet 41dBA at full speed.

As for the all important battery life, MSI claims that even while running at full whack with an overclocked CPU, the VR One will last around 1.5 hours. Two battery packs snap onto the left and right of the unit, and can be hot-swapped to keep the VR gameplay going. The latter will be a particularly useful inclusion for places like The Void, which uses backpack computers for its Ghostbusters: Dimension VR experience.

MSI hasn’t revealed a price for the VR One—given the spec and the batteries, it won’t be cheap—but promises it’ll hit shops before the end of the year. If you’re after a backpack PC right now, HP is taking applications from developers for its Omen X VR backpack, which is shipping out in limited quantities right now.

5 Benefits MSI VR One Backpack PC could give you 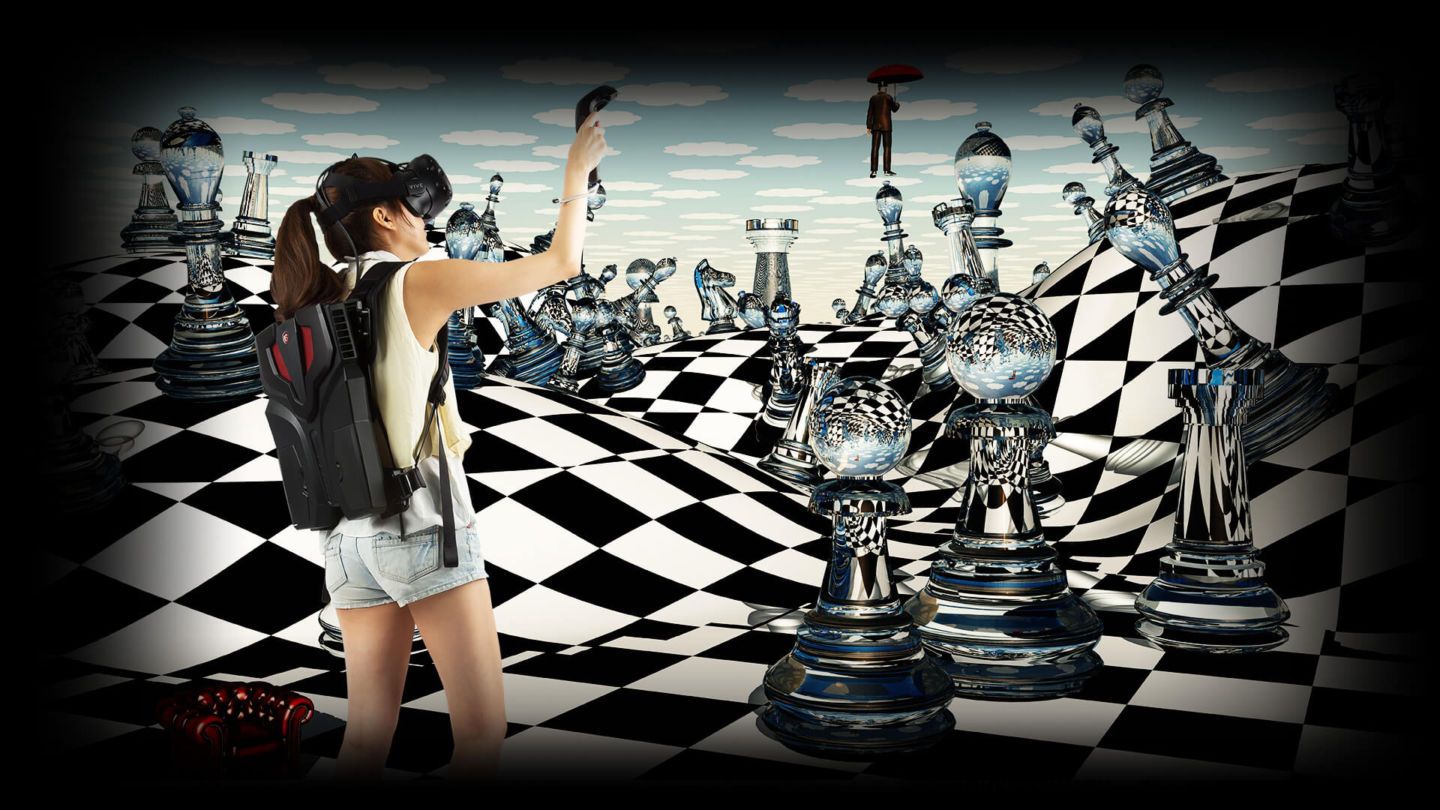 1. Playing with your HTC Vive or Oculus Rift anywhere!

2. No more dangling cables that could trip you!

4. Hot swappable batteries for continuous use!

Pocket-VR is a pocket-sized VR headset Oculus Rift’s getting the Guardian, its own boundary system