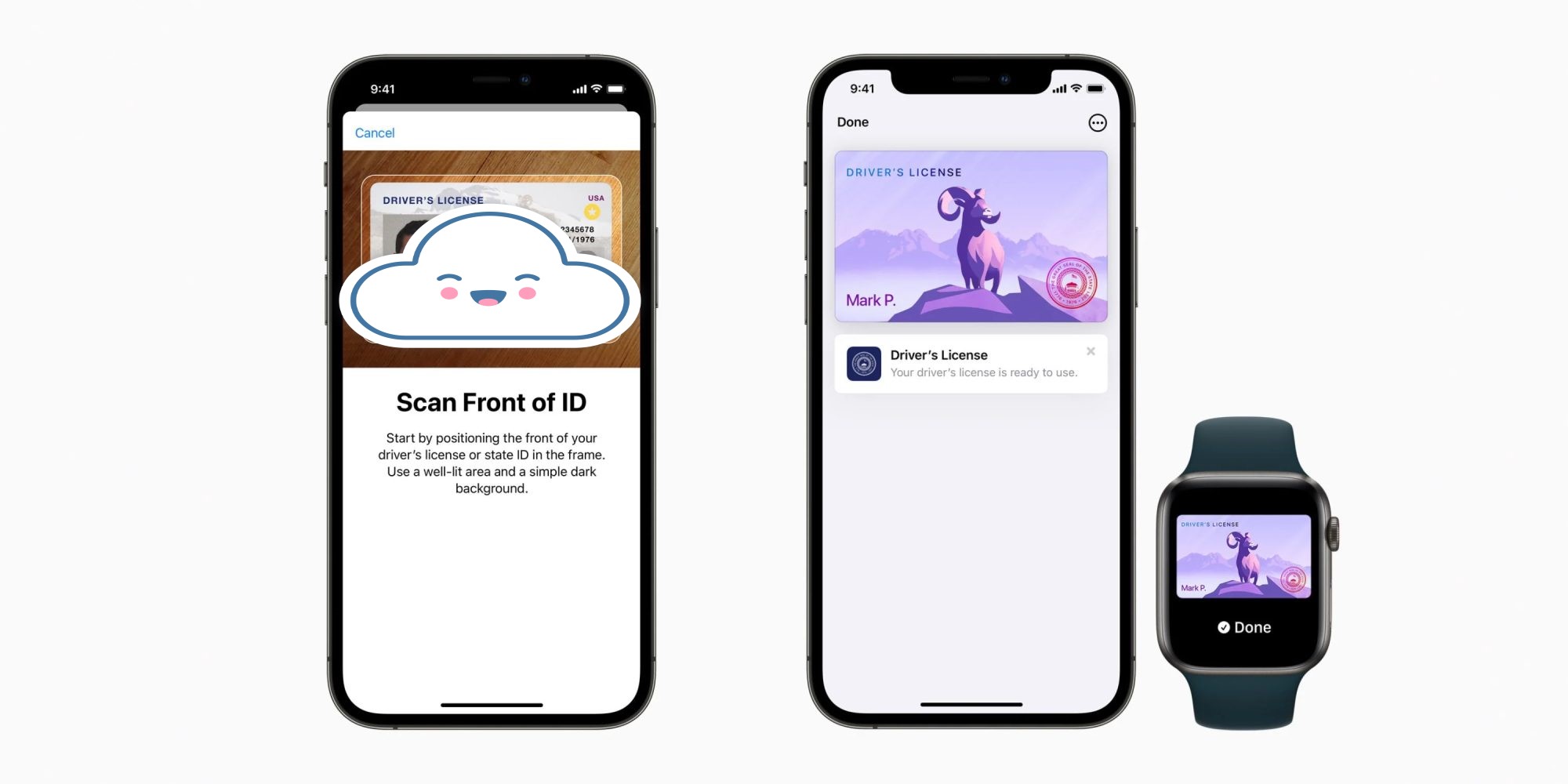 At WWDC this year, Apple announced its plans to add support for storing ID cards in the Wallet application. New documents obtained by CNBC offer more details on the behind the scenes agreements between Apple and governments in states where it is launching this feature.

The documents in question were obtained through public record requests and “other sources,” the report says. The agreement between Apple and the states “mostly portrays Apple as having a high degree of control over the government agencies responsible for issuing identification cards.”

As a refresher, Apple has said that support for storing digital IDs in Apple Wallet will launch in a handful of states at first, with the rollout taking place on a state-by-state basis going forward. The initial lineup of states includes Arizona, Connecticut, Georgia, Iowa, Kentucky, Maryland, Oklahoma, and Utah.

CNBC obtained documents showing the agreements between Apple and Georgia, Arizona, Kentucky and Oklahoma. The documents show that Apple has “sole discretion” over the rollout of the technology behind storing IDs in Apple Wallet.

In the agreement, Apple also says that the states must allocate necessary resources to the program:

States have to agree to “allocate reasonably sufficient personnel and resources (e.g., staff, project management and funding) to support the launch of the Program on a timeline to be determined by Apple,” according to the documents. That includes performing quality testing that the digital IDs work “in accordance with Apple’s certification requirements” across various Apple devices.

Furthermore, the agreement outlines that states must “prominently feature the Program in all public-facing communications relating to Digital Identity Credentials.” Apple must also be granted “prior review and approval” of all marketing materials.

The liability is also on the states when it comes to verifying IDs:

Importantly, in its contract, Apple shifts responsibility for confirming the authenticity of user identities onto states: “Apple shall not be liable for any Verification Results, and Agency acknowledges that all Verification Results are provided AS IS and without any warranty, express, implied or otherwise, regarding its accuracy or performance.”

The state governments and agencies are responsible for financing all of these efforts, including maintaining the systems needed to issue and service the digital IDs as well as marketing.

All these efforts are paid for by states. The contract says that “except as otherwise agreed upon between the Parties, neither Party shall owe the other Party any fees under this Agreement.”

The full report at CNBC is well worth a read and can be found here.