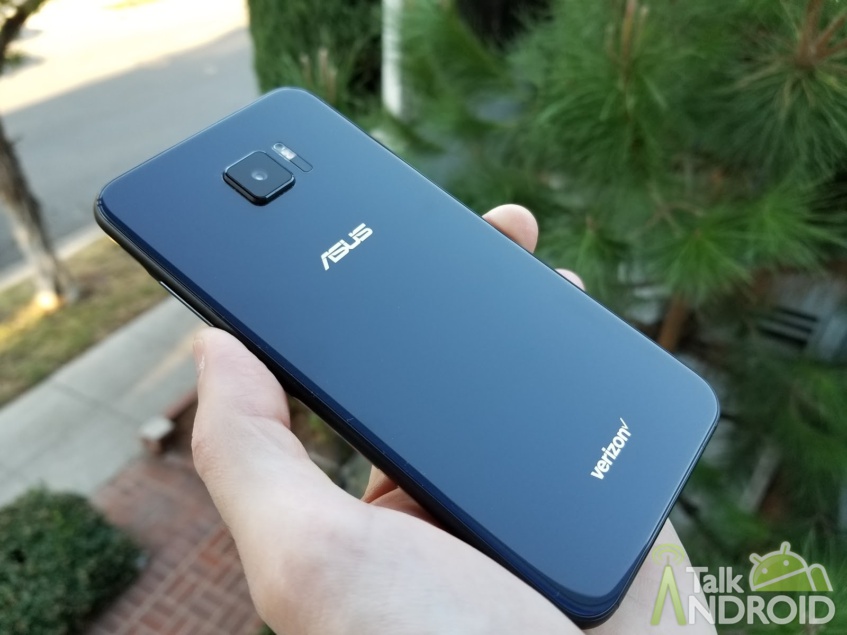 Asus has unveiled some impressive hardware this year, including their flagship Zenfone 4 Pro and Zenfone AR, the latter having both Tango and Daydream compatibility baked in. Although better known in the US for their portfolio of laptops, Asus continues to march forward with new Android smartphones, bringing us a Verizon exclusive seemingly out of nowhere – the Zenfone V. Let’s see how it stacks up to the competition.

The Zenfone V looks a lot like the Zenfone 4 and 4 Pro, but has a square camera hump on its glass back. There is a wide, rounded fingerprint sensor/home button on the front and the design seems to have been somewhat inspired by Samsung’s Galaxy S6. Top and bottom bezels are approaching iPhone large, but reasonable side bezels flank a 5.2 inch full HD AMOLED panel. The frame is unfortunately plastic, giving it a less than premium feel in the hand, but it doesn’t feel cheap, either. Contoured front and back 2.5D Corning Gorilla Glass help redeem it. 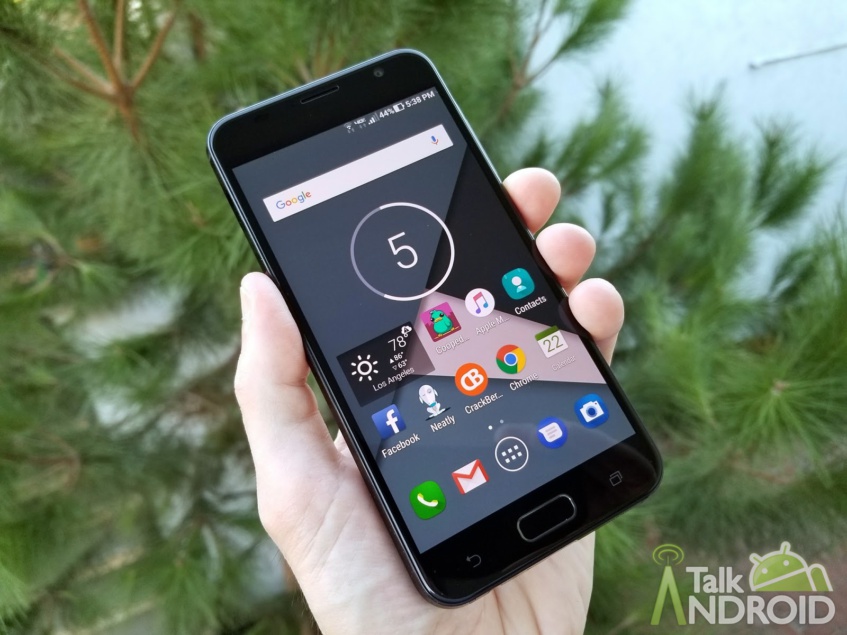 A wide chamfer surrounds the screen, but stops on the right side above the volume rocker and below the power button, with a much smaller chamfer running between them and the screen. It’s a subtle but cool detail.

On the bottom is a single speaker and USB-C port with fast charging (included in the box, Apple), and Asus thankfully didn’t have the courage to ax the headphone jack, which is on the bottom left. A nano SIM/MicroSD tray sits flush on the left side with only a small microphone port on the top. 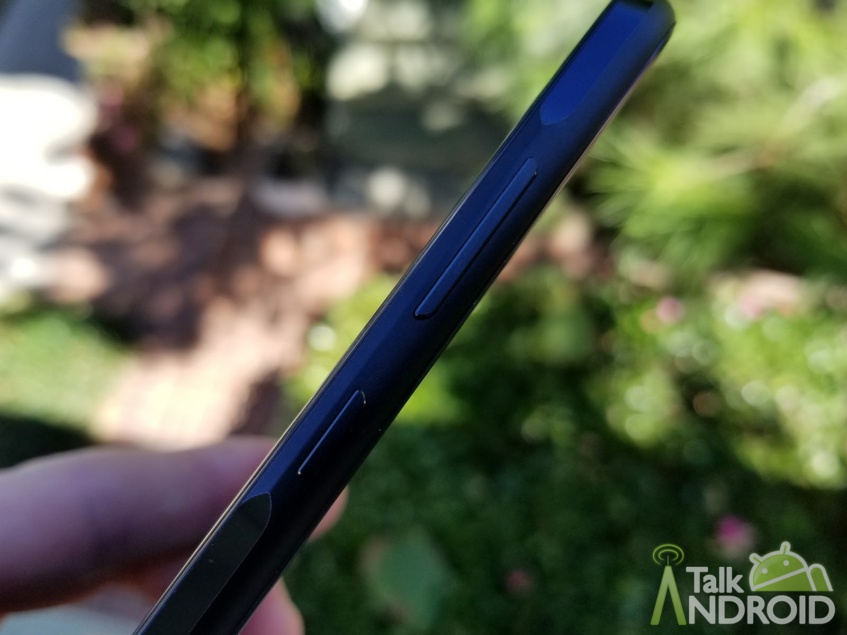 The fingerprint scanner/home button sits between off-screen capacitive keys and up top, the front facing camera is to the right of the earpiece. Overall, it’s an inoffensive design, if not a bit dated, and comes in only one color, sapphire black (which is more of a dark blue on the back). 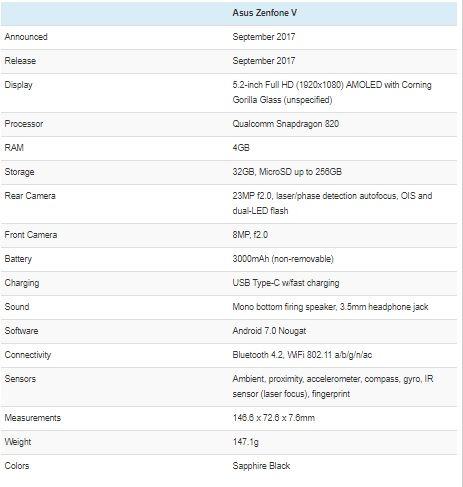 Last year, the Zenfone V would’ve had near flagship specs, but a year has passed and we’re now in solid mid-range territory. But phones aren’t automatically obsolete after a year and its aging Snapdragon 820 CPU coupled with 4GB of RAM is still running on all eight cylinders. Apps open quickly and daily tasks (web browsing, email, watching videos, etc.) are fluid and lag free. Demanding games like Asphalt 8 run without hiccup and multitasking is a breeze. Keep in mind that the still formidable Galaxy S7 also has a Snapdragon 820 and 4GB of RAM… It’ll take a lot to slow this Asus down. 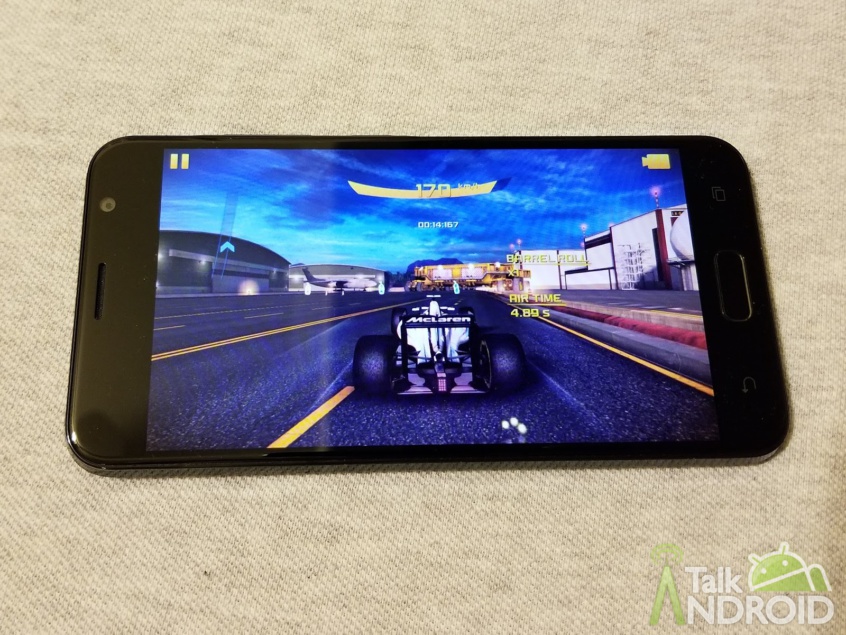 The 5.2 inch Full HD AMOLED display is good. Great even. Colors pop and viewing angles are excellent, but it doesn’t get as bright as many competitors this year or even last. Outdoor viewing isn’t terrible, but direct sunlight will have you looking for shade. It does have a “Glove Mode”, however, which is nice during winter months. Samsung’s and Motorola’s recent panels have it beat, but it’s still a very admirable offering given the Zenfone’s price. 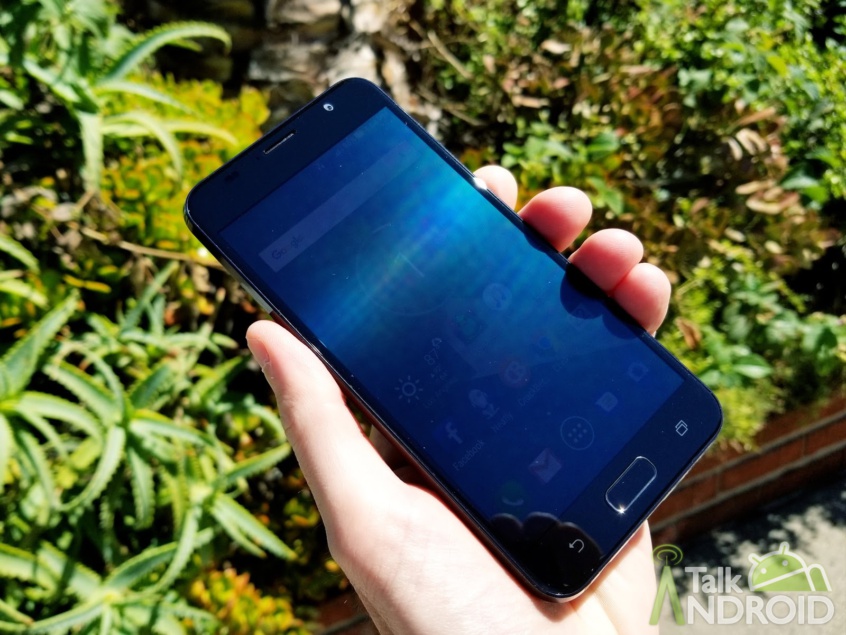 The single bottom-firing speaker gets plenty loud and there’s an “Outdoor Mode” that cranks it up even more, but base is lacking and it sounds tinny next to a Galaxy S8’s bottom speaker. According to Asus, there’s a NXP Smart Amp inside for lower distortion and deeper base, but in my experience, that sounds a little better on paper than in actual use. Audiophiles will likely be disappointed. It works great for speakerphone calls, however, and I never had trouble hearing callers on the other end. Overall volume seems to have been the priority here.

Battery life has been a pleasant surprise. Packing a 3,000 mAh lithium polymer battery, I easily made it through a full day with moderate to heavy use, plugging in at night with around 20% left. If you ever find yourself needing to top up during the day, the phone supports “BoostMaster” quick charging. Clever name or not, it delivers. Asus claims a 60% charge in a half hour and that about matches my experience.

Well, it’s Asus… You’re not getting stock Android. On offer here is Android 7.0 Nougat buried under ZenUI 4, which isn’t all that bad, actually. An app drawer comes standard (unlike many Asian rivals) and if you dive a little into settings, the look and feel can become very familiar. 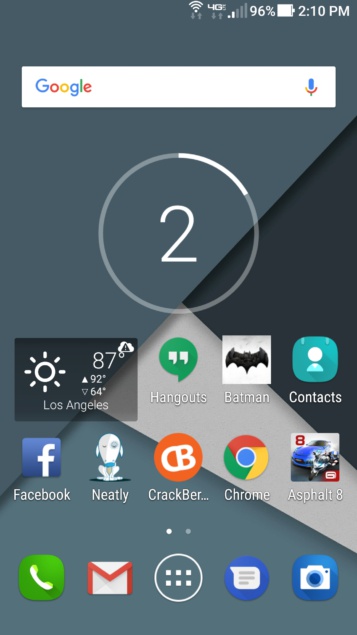 A long press on the home screen brings up some much appreciated options, such as changing the scroll effect, home screen grid size, icon appearance (with or without frames), animations, folder themes and more. After just a few minutes, my home screens were clean and unencumbered. Tinker a little and it’s an easy skin to live with. 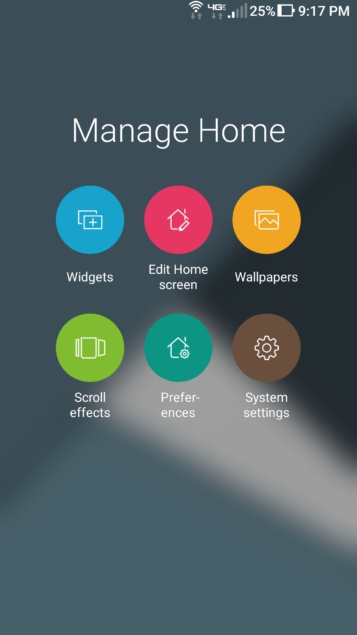 There’s a “ZenMotion” section in settings that allows a variety of gestures to be set, starting with tap to wake and tap to sleep. You can also assign up to six apps with a “letter gesture”, allowing you to draw a letter on the screen (when off) to go directly to that app. For example, drawing a “C” with your finger will open the camera, “e” can open email and so on. It’s a nice addition. 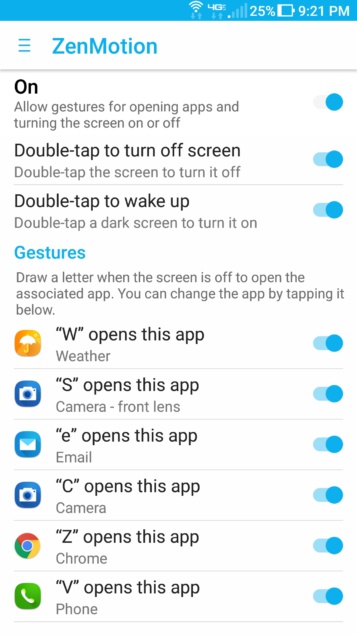 Asus takes battery life seriously and there are several power management options to choose from – High Performance, Normal, Power Saving, Super Saving and Custom. You can maximize performance or all but cripple the phone to squeeze out every last drop of power. It’s great to have options, but I suspect most users will stick with the “Normal” setting. The Zenfone’s specs, coupled with Android 7.0 Nougat, will keep the lights on for a full day and night for most.

Software updates are up in the air, unfortunately. As of late September, it’s still on Android 7.0 (not 7.1.1) and stuck on the August 1 security patch. A future upgrade to 8.0 Oreo is questionable. I’m sure Asus will continue support for at least a year, but don’t expect timely updates. It’s a carrier exclusive, rocking a custom skin and sitting at the lower end of the Asus totem pole. Buy it for what it is today, not what it could be tomorrow.

The 23 MP rear camera uses a Sony IMX 318 sensor with optical image stabilization (OIS) and it’s proven to be a competent shooter, indoors and out. I was impressed with how well it handled exposure in mixed lighting conditions, not blowing out the sky or burying details in shadows. Colors were vibrant without being oversaturated. We’re not in Galaxy S8 territory, but this one rises above the majority of lower priced phone cameras. 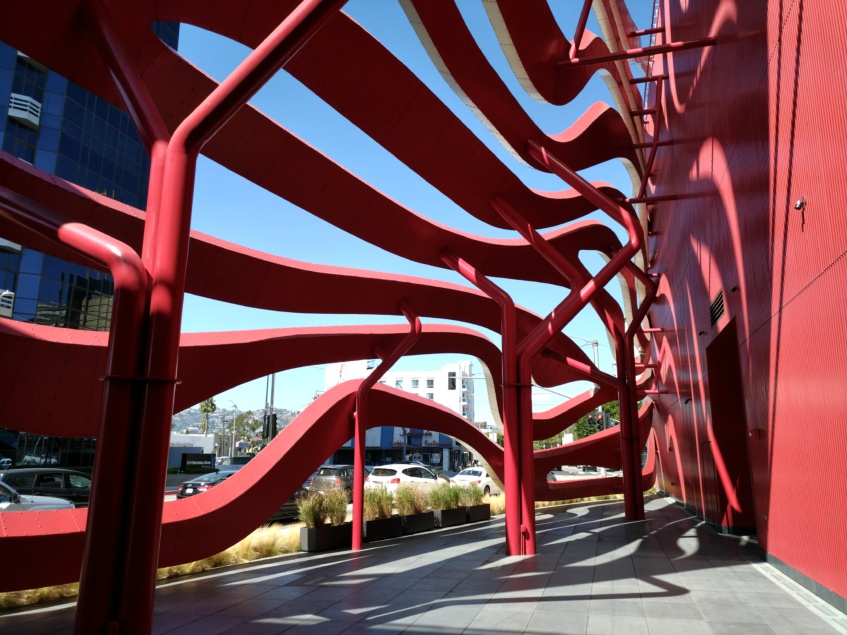 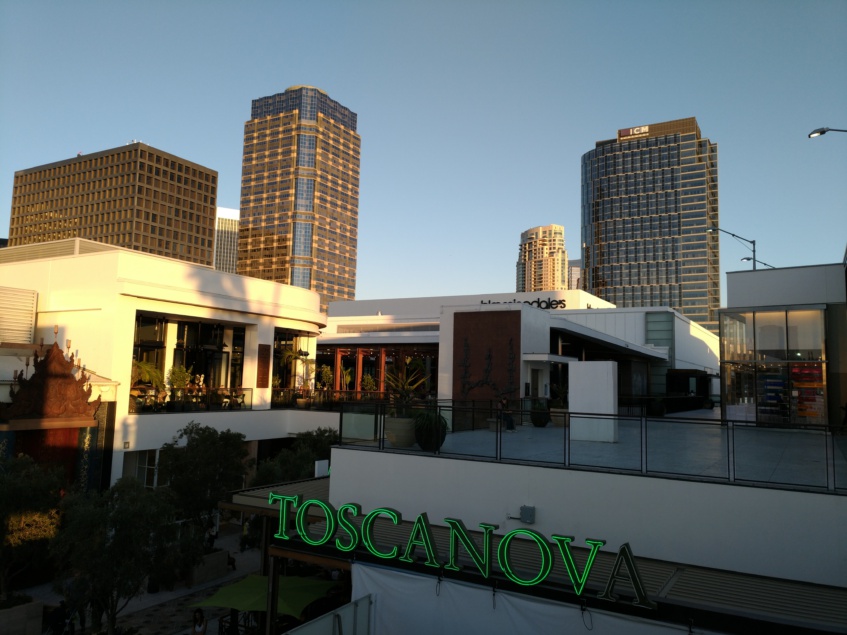 Indoor shots were equally impressive… When there was adequate light. Noise levels were low and the sensor again handled exposure well in mixed lighting conditions. 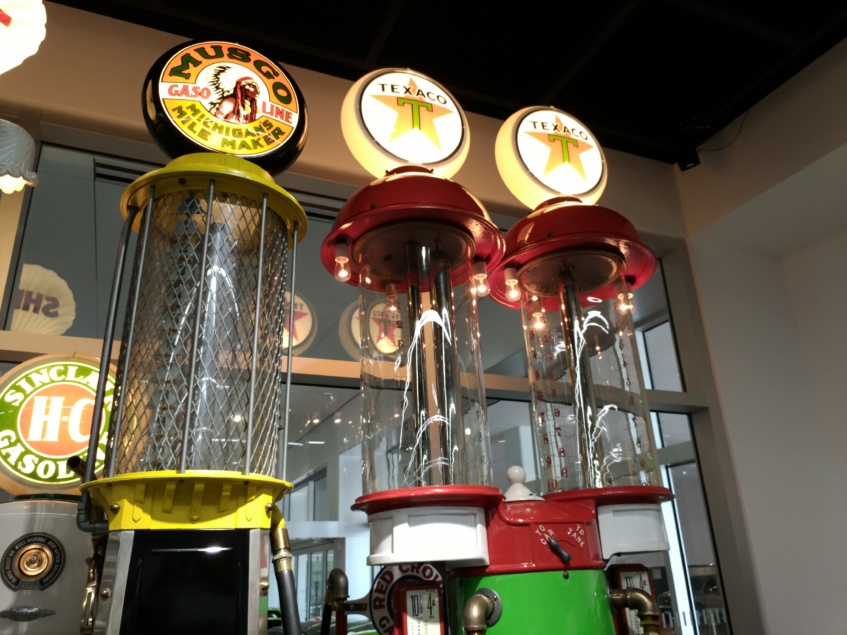 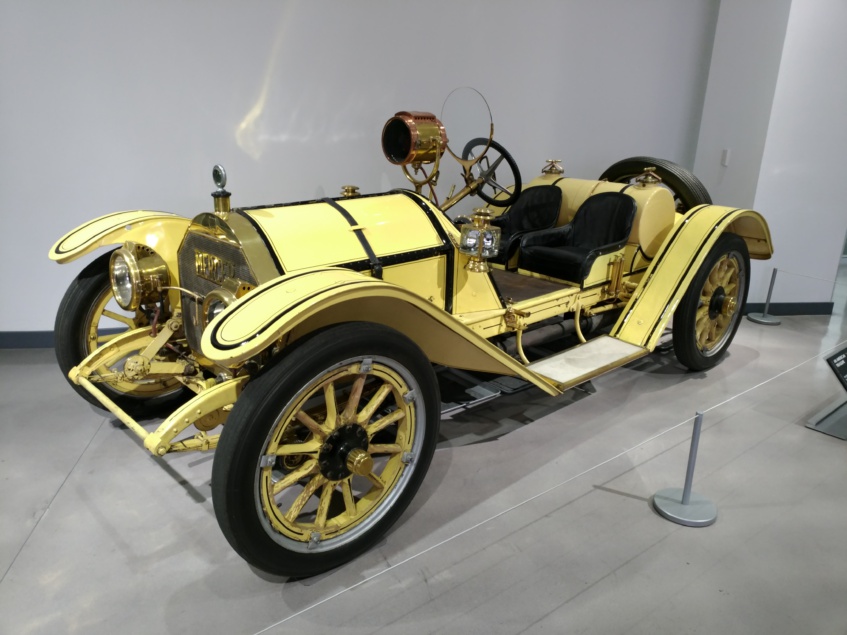 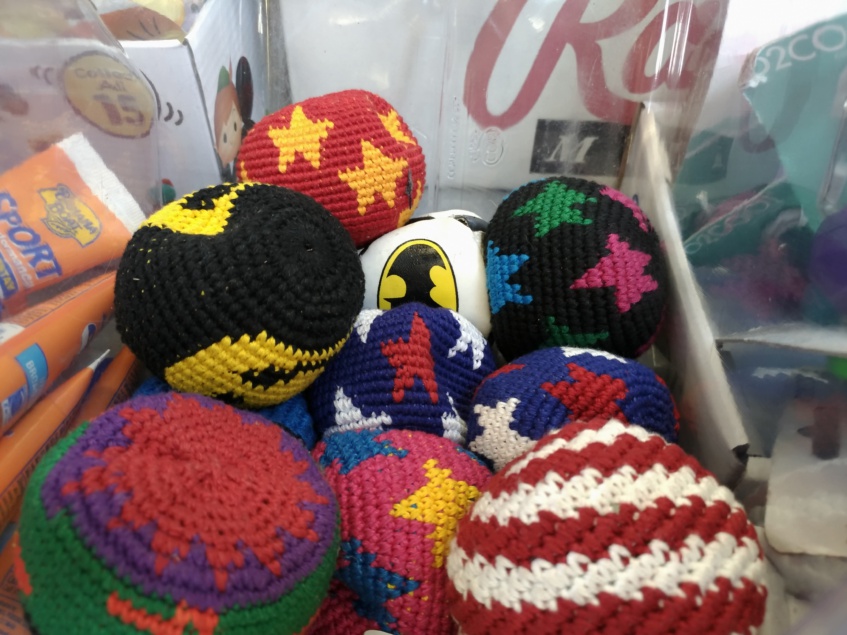 Digital noise does creep in when indoor lights go down, but not to unacceptable levels. I rarely had exposure problems, although focus tended to be soft, but users who most often email their shots or post to social media will be more than satisfied. 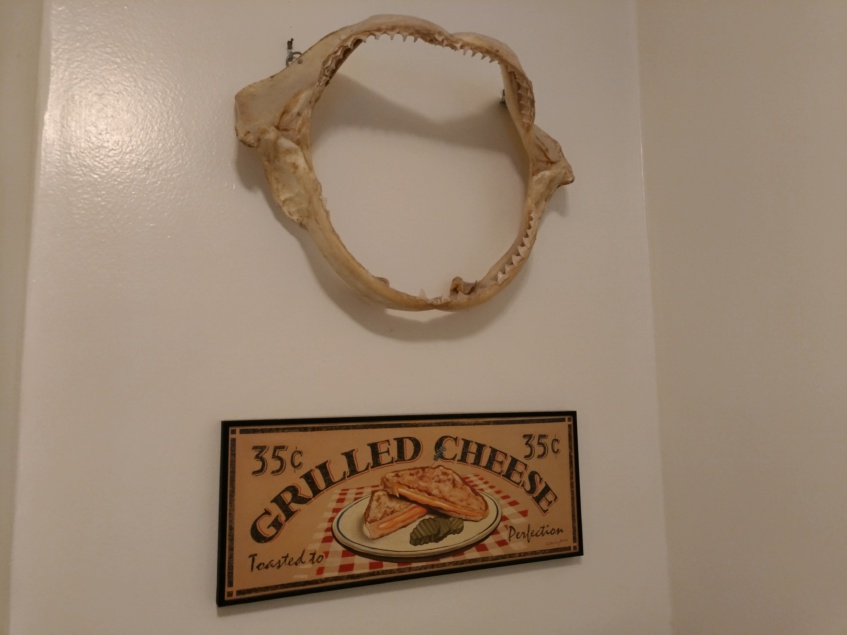 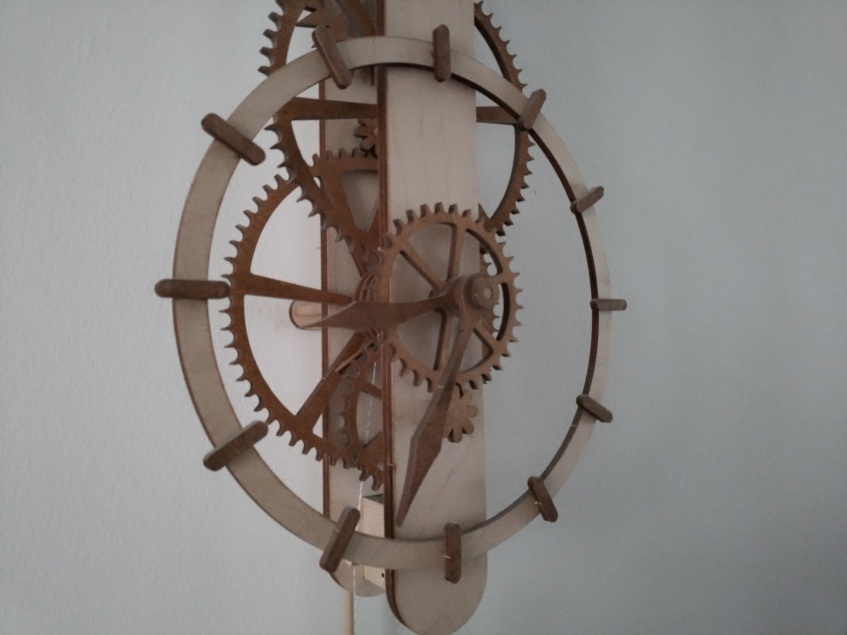 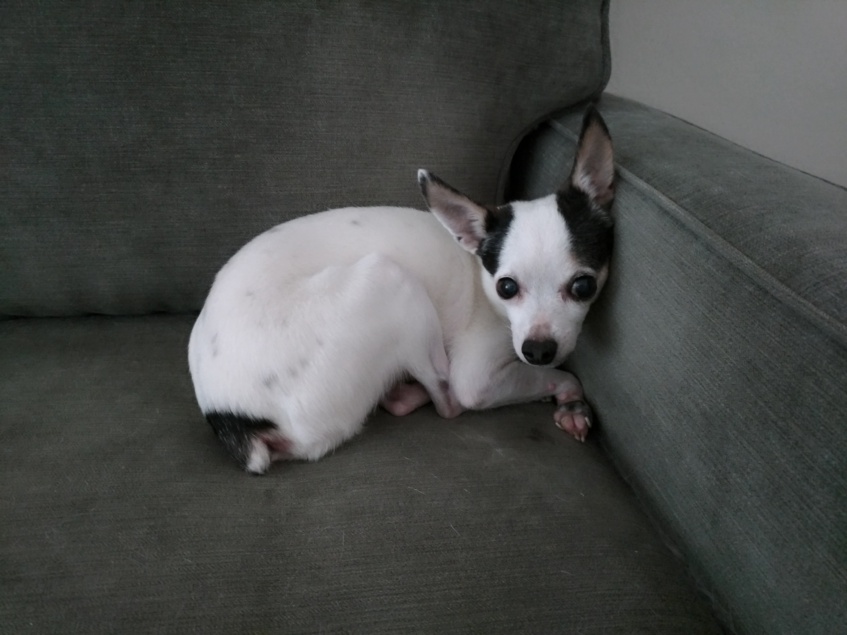 Night shots are acceptable. You won’t be printing out large masterpieces, but for social media and onscreen viewing, they’re perfectly fine. A little noise, but decent overall exposure. There’s also a “Night Mode” setting that lowers the shutter speed to capture more light. You’re warned to keep as still as possible to avoid blurring. 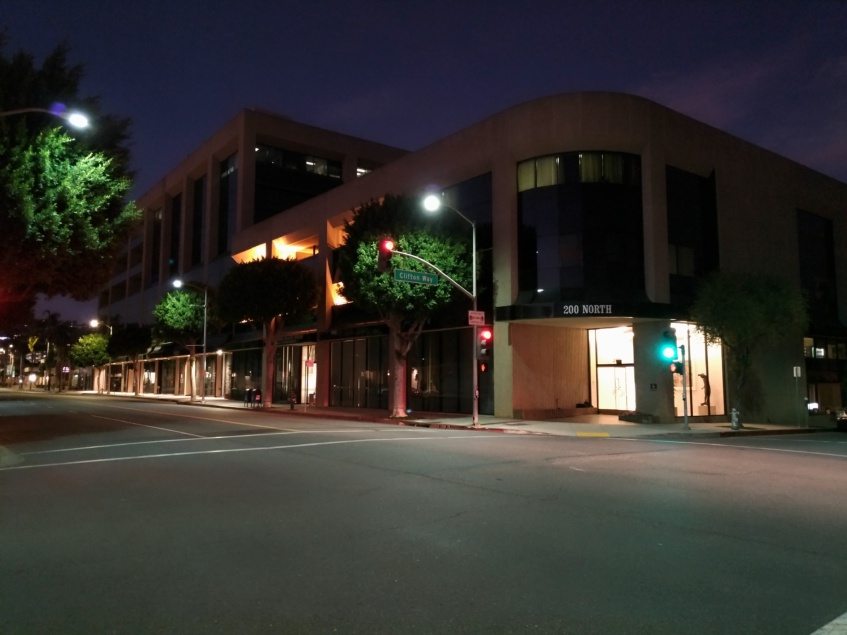 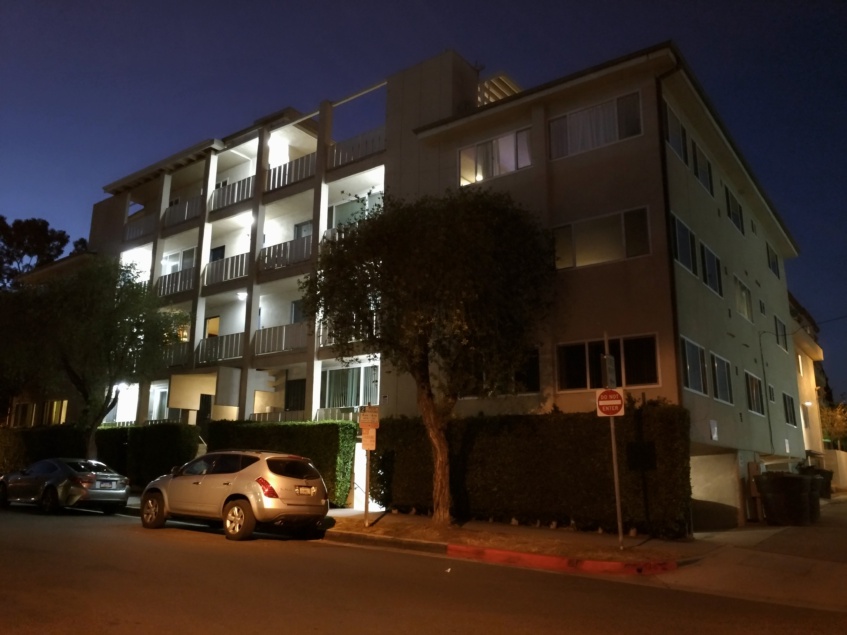 The camera app itself has a surprising number of options, rivaling some of the best smartphones out there. There are full manual controls, including ISO, shutter speed, white balance and focusing, and HDR is onboard. There’s a beauty mode for selfies, low light and night mode (which either drops the resolution or shutter speed), panorama mode and something called “Time Rewind”, which lets you go up to three seconds back (or one second forward) from the moment the shot was taken, just in case someone blinked. 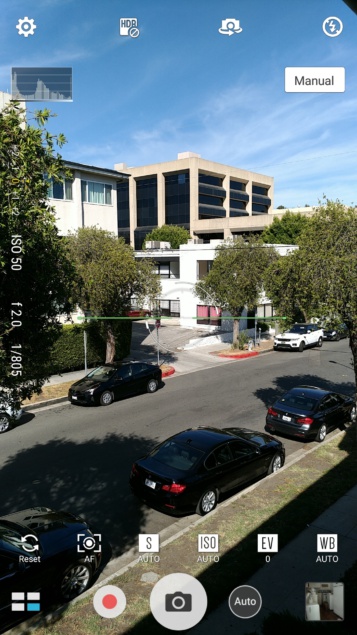 For those who like filters, there’s a smorgasbord that can be applied either before or after the shot is taken. 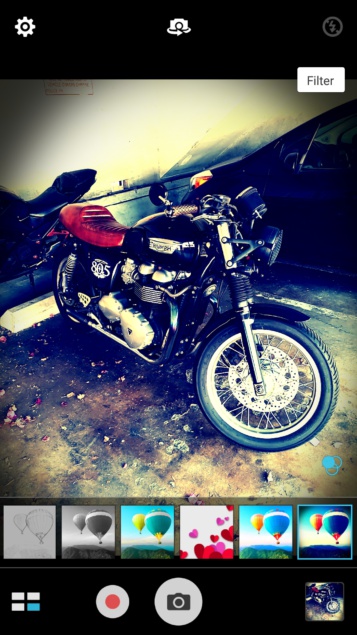 Video can be shot in 4K and slowed down to 60 frames per second at 1080p. There are again a lot of options in settings, including manual controls, and electronic image stabilization (EIS) does a respectable job at keeping things steady.

The front facing shooter has an 8 MP sensor and can record video at 1080p. If you’re seeing a trend here, it also has a ton of options, including manual controls for exposure, white balance, ISO, etc. Filters and beautification controls are also onboard.

To be clear, this is not a flagship level camera, but like a Chihuahua that barks at Rottweilers, it aspires to be bigger than it is. The level of customization available is impressive for the price and the overall results don’t disappoint. There’s OIS, 4K video, slow motion and full manual controls, all wrapped in a phone that’s half the price of many flagships. If the Zenfone V is the only camera in your pocket, odds are you’ll walk away happy.

I’ve got a soft spot for mid-rangers that dress in flagship suits. And that’s mostly what we get with the Zenfone V (although it’s wearing sneakers). The Verizon exclusive retails for only $384 or just $16/mo, a far cry from the $756 ($31.50/mo) price of the Galaxy S8 or $549.99 ($22.91/mo) for the aging Pixel. I’m still not sure if the “V” stands for the number five or just Verizon, but whatever the case, it’s the solid, scrappy little brother to the flagship Zenfone 4 Pro.

Is anything missing? Very little, actually. Waterproofing is absent, so don’t take this into the pool and be careful in the rain. There’s no wireless charging, either. The plastic frame and dated design might also turn off design aficionados. NFC, MicroSD and a headphone jack are all present, however, which isn’t always the case for “budget” smartphones. 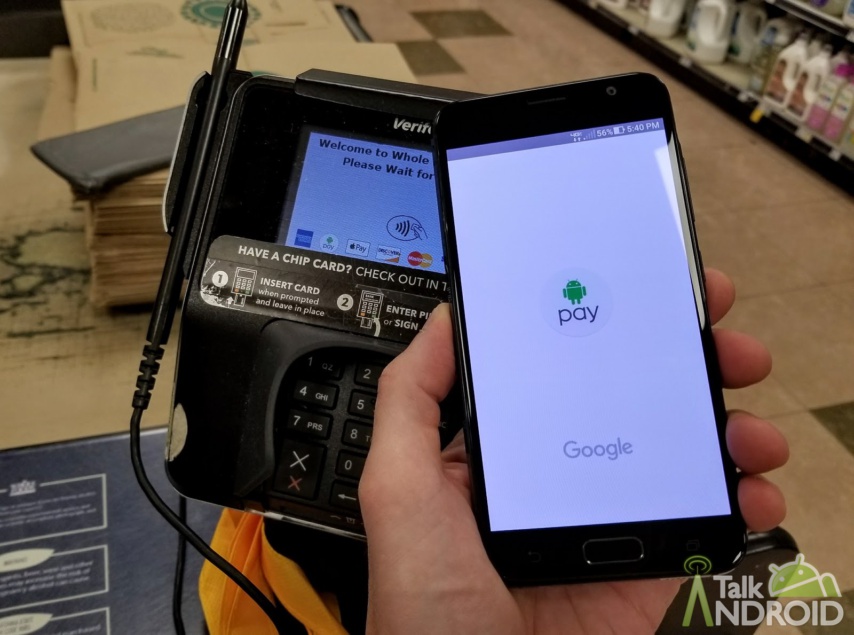 Would I recommend the Zenfone V for the budget conscious consumer? Absolutely, but… It doesn’t live in a vacuum. For a few dollars more, Verizon’s Moto Z2 Play has a better AMOLED screen, more premium aluminum build and support for a growing number of Moto Mods. Best Buy is currently offering last year’s Galaxy S7 edge for only $14.99/mo, which is a much more premium device for less than the Zenfone V. Unlocked Motorola phones like the Moto G5 Plus are more than $100 less outright (with lesser specs to match).

If you’re a Verizon customer looking for a solid smartphone that won’t break the bank, the Zenfone V is an excellent choice. Just remember to look at all of your options before committing.

ASUS announces ZenFone V, all that’s left is Verizon to welcome it 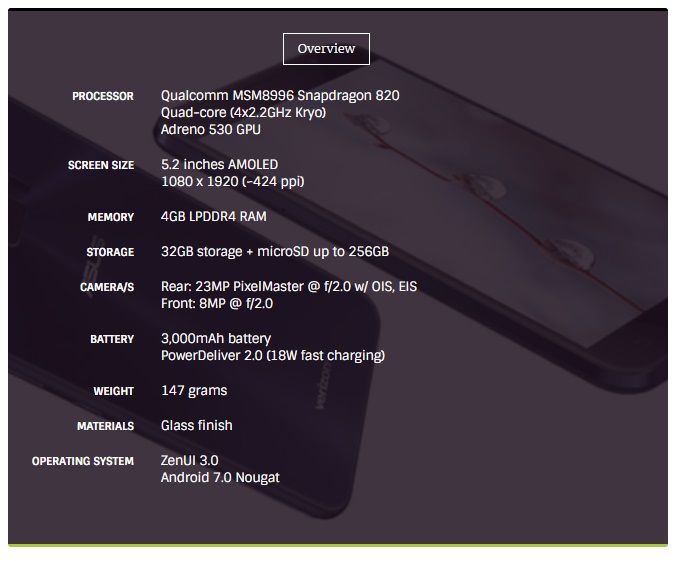 An ASUS phone on an American carrier only comes once in a blue moon and there always has to be a catch to it. Remember the PadFone X on AT&T? What fun we had. And then Verizon took on the ZenFone AR — Google Tango phone number two… only to be made to feel obsolete with ARCore technology.

Normal is a unicorn for ASUS phones in the United States. But the “Verizon exclusive” ZenFone V may be the on-ramp that the Taiwanese manufacturer needs to gain some support.

While it does utilize last year’s Snapdragon 820 from Qualcomm, it does have a competitive AMOLED display, USB 3.0 with Type-C and NXP Smart AMP technology on its five-magnet stereo speakers.

All that’s missing is a price tag — Verizon has yet to issue a press release or a product page.