enable Messages in iCloud on your iPad

❤ How to enable Messages in iCloud on your iPhone and iPad

Keep all your iMessages in sync with the best new feature of iOS 11.4.

Nearly a year after it was first announced, Messages in iCloud is finally available. All you need to enable it is iOS 11.4 on your iPhone or iPad.

You’ll almost certainly want to turn this feature on as it improves on the sort of half-baked syncing feature that was the only option in previous releases. Before, if you were signed into the same Apple ID on your iPhone and iPad, then the Messages apps on each device would simply show incoming messages at the same time. As you replied back and forth, each device updated the conversation threads in unison.

But this had big limitations. The devices all needed to be powered on and connected to the internet at once; if a device was offline, it wouldn’t ever get the messaging changes from your other devices. And if you deleted a conversation—say, a list of two-factor authentication codes—they would only disappear from the device you’re currently using.

Messages in iCloud fixes all that. It stores all your Messages (iMessages and SMS texts), including attachments and images, to your iCloud account and syncs them between devices. All your devices always have the most recent state. If you delete a thread, it deletes everywhere. If you set up a brand new device, it will have your entire Messages history.

And if you’re worried about security, note that Apple assures us that all your iMessages, including files and photos, are still end-to-end encrypted.

Note: Messages in iCloud will be coming to macOS in the 10.13.5 update, which has not yet been released. We’ll update this article accordingly when it is available.

How to enable Messages in iCloud

First, you’re going to need iOS 11.4 or later on your iPhone or iPad.

In iOS beta versions prior to the release of 11.4, you would be prompted to enable Messages in iCloud the first time you opened the Messages app. Just agree, and you’re good to go. In the final iOS 11.4 release, that prompt appears to be gone—you’ll have to dig into your Settings to enable the feature. 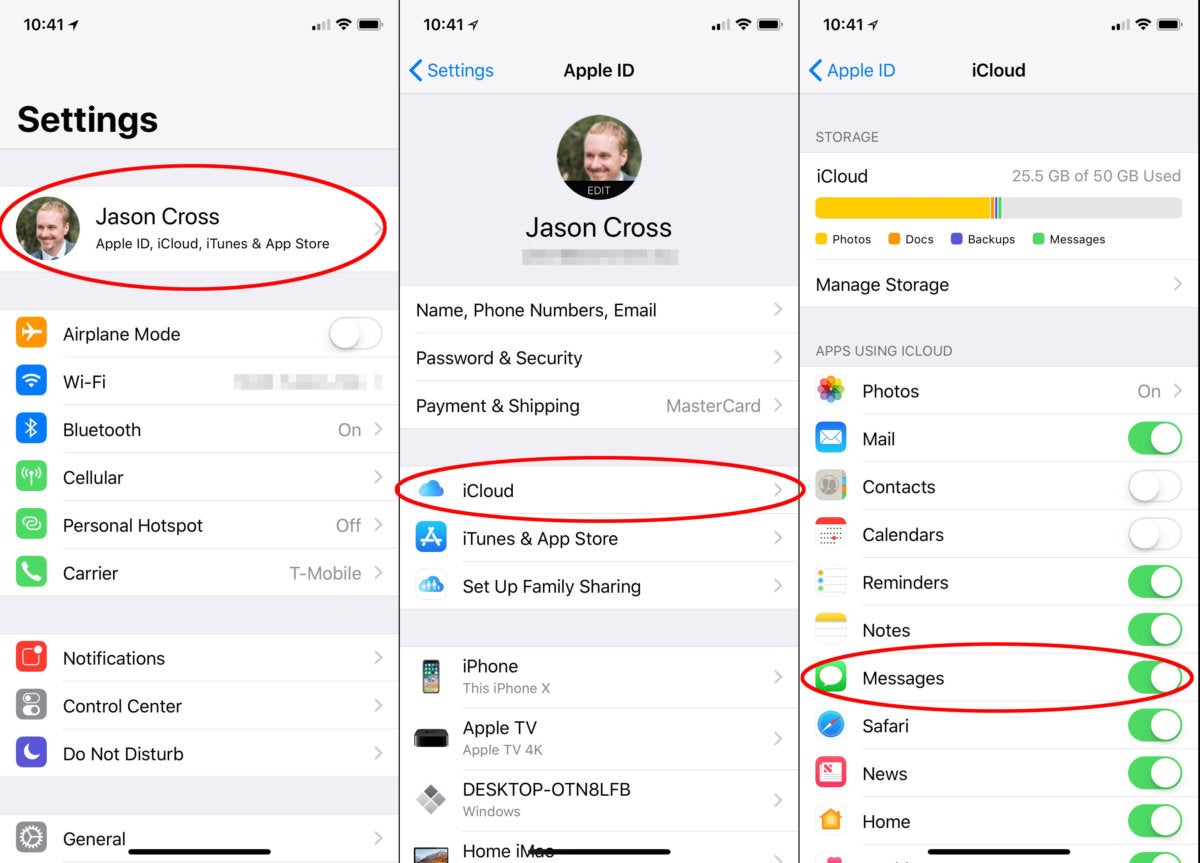 To enable Messages in iCloud, you’ll have to dig into your iCloud settings.

You’ll need to be plugged in and connected to Wi-Fi in order for your Messages history to sync up the first time. There may be a lot of data there, and Apple doesn’t want to kill your battery (or data plan) uploading it. After the initial sync, everything should always stay up to date as long as you’re connected to the Internet.