*Just to clarify, there is no such mode called ‘beast mode’ in the new Galaxy Note 4.

Galaxy Note 4 has been labeled a “beast”. Well, the so-called ‘beast’ is finally out of the box and people will have plenty of time get to know it. Only then will they be able to judge if the nickname is actually appropriate or not. Until then, let’s go with the flow.

Given some of core specifications of the Galaxy Note 4, it’s hard to argue against the assertion that it is a “beast” or the “king of phablet”.

From display, camera to processers, individual technologies of the Galaxy Note 4 are literally some of the best in the industry, and Galaxy Note 4 packs all of them in its 8.5mm thin body.

Now the question is…

Why pack the Galaxy Note 4 with all those specs?

Galaxy Note, Galaxy Note 2 and Galaxy Note 3 have sold more than 10 million units as of end of 2013; it has become a trusted series. Galaxy Note is a series that not only has established itself as one of the most popular flagship ‘Galaxy’ devices, but also set the stage for mobile devices with larger screens. 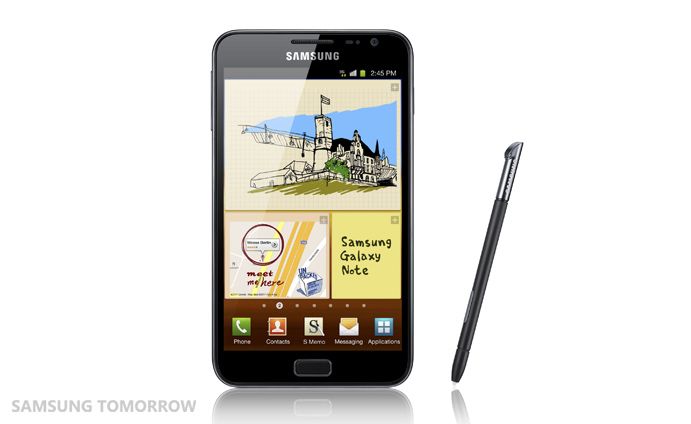 For Samsung and the Galaxy Note series, this means that it not only needs to be the best-in-class, but it also needs to be even better than before. That is the responsibility people at Samsung feel, including Mr. DJ Lee, President and Head of Sales & Marketing of the IT & Mobile Communications Division at Samsung Mobile.

The task of improving upon its predecessor was a much more complicated task than it seemed. For example, design-wise, the Galaxy Note 4 needed to maintain the design identity of the previous ‘Galaxy Note’ devices, but look more ‘modern and stylish’. Specification-wise, virtually every component needed to be stronger while maintaining relatively similar dimensions of the Galaxy Note 3. This is a lot to deliver, but it is a responsibility that Samsung is used to dealing with.

Balancing the metal frame with the soft back cover and diamond cut edges, the bigger battery necessary for the Galaxy Note 4 was only 8 grams heavier compared to the Galaxy Note 3. Assuming a gram is about the weight of a paper clip, the updated model weighed in at about an 8 paper clip difference. Moreover, the 16MP rear-facing & 3.7MP front-facing camera and 5.7-inch Quad HD (2560×1440) Super AMOLED display with 2.5D glass screen are just some of the results of that responsibility.

The Game has changed

Actually, this was probably a relatively easy task compared to having to live up to the name of ‘the originator of the Note category.’ The mobile device market has become saturated and is at its most competitive state ever. A larger screen is not something ‘totally out of the box,’ unlike in 2011. Therefore, Samsung feels the responsibility to up the game, each time the new Galaxy Note model is out.

So, the Galaxy Note series has the S Pen, an innovative input device that maximizes the usability of the large ‘phablet’ real estate, and this no one does this better than Samsung. Which is why Samsung really went ‘over the horizon’ with the S Pen this time. For example:

– The 2,048 pressure sensitivity levels, which has been doubled from the Galaxy Note 3, allows users to write or draw on the Galaxy Note 4 like they do on a piece of paper.

– Users can drag and select multiple files at once with the S Pen like a mouse on a PC.

– The “Smart Select” feature lets users copy and paste multiple text or images from multiple sources at once.

The S Pen alone sets the Galaxy Note 4 apart from other devices with the freedom it gives in terms of tasking. The new multi window and S Note/Memo features significantly also guides a new way for productivity of phablets as well, but we will get into them in more detail later on. In fact, we will explain many of the mentioned specifications and features in more detail like we did with the Galaxy S5 on this blog.

So yes, the technical specs in the Galaxy Note 4 pack a very impressive punch, and the new head-turning design features definitely keep it ahead of the ‘phablet’ market. Galaxy Note 4 is the beauty and the beast. However, the creation of this ‘beast’ is greater than just the sum of its parts. It’s part of building on a trusted name, taking responsibility for that trust, and delivering above and beyond what was expected.

Galaxy Note 4 is here, think about that…

Unlike, for example, athletic ability, technology is not something that peaks and declines over time; in fact, it is quite the opposite. As technology advances, we have reached a point where the facts and figures of device specifications no longer impress us. Moreover, as we enter the end of the first decade of the era of smart mobile devices, we’ve come to care more about the actual usability of it. That is why Galaxy S5, the fifth generation of the Galaxy S series, focused on ‘refining experience with innovation of essential features for day to day use’ and so far, it has been a smash hit.

How many people remember 2011?

Looking at the past decade of smart devices, the year 2011 could have been a risky year to introduce the Galaxy Note. The general consensus was that people have already expressed their disinterest for smart devices with larger displays. Therefore, with a 5.3” display, the Galaxy Note may have seemed out of place at a time when most people assumed that mobile devices had to stay small; or there is no need for it to be big.

Simultaneously, Samsung has also introduced the S Pen, a new input device for Samsung’s ‘Note’ series. The reason S Pen was an interesting choice at the time was, because styluses had been considered completely irrelevant ever since the advent of touch screen smartphones. (Remember the PDA phones?)

Moreover, if you think about it, people even created the word, phablet, to describe Galaxy Note. The term summed up what at the time was the skepticism of combining a phone with a tablet.

However, Galaxy Note sold 5 million in 3 months, the Note 2 repeated the feat in 2 months and the Galaxy Note 3 in just one month. The number and the trend make it hard to argue that the Galaxy Note series has established the ground for phablets; in Samsung’s case, it also became one of their most beloved series.

The Matter of What and How

So what happened here? Did people’s preference for larger display suddenly changed after 2011?

Probably not. In fact, people always have been looking for smart devices with larger displays. But what people really wanted was a device that can take advantage of the larger display. One of the main reasons that large display smart devices failed to garner public attention was because many thought it’d lack functionality (and bulky design), therefore, counterintuitive.

Now when the very first Galaxy Note was launched, it was equipped with a 5.3″ Super AMOLED display. This means that users could get a larger screen plus better colors. Moreover, the Multi-Window functionality, which divides the screen into two to execute different kinds of task simultaneously, provided the people with the opportunity to multitask. And, most importantly, the S Pen. Therefore, the Galaxy Note can maximize the advantage of larger screen with the matching functionality. That was what made Galaxy Note different.

The Matured Market and Consumers…. And Samsung

The identity of ‘phablet’ was not established by its display size, instead by its functionality. Now Samsung not only have a ‘phablet’ as one of the flagship devices, it also has 4 of them. However, the market and consumers have both matured, which is why Samsung has been testing the limit in terms of both size and functionality.

Of course, Galaxy Note 4 has only been out for a couple of hours, so it is too early to say whether it is exactly or much more than what people expected. But looking at the history of the Galaxy Note series and the philosophical trend of Samsung mobile devices, as well as the features of the Galaxy Note 4, we are very excited to see the future of it.