Galaxy Note 4 is here, think about that…

Unlike, for example, athletic ability, technology is not something that peaks and declines over time; in fact, it is quite the opposite. As technology advances, we have reached a point where the facts and figures of device specifications no longer impress us. Moreover, as we enter the end of the first decade of the era of smart mobile devices, we’ve come to care more about the actual usability of it. That is why Galaxy S5, the fifth generation of the Galaxy S series, focused on ‘refining experience with innovation of essential features for day to day use’ and so far, it has been a smash hit. 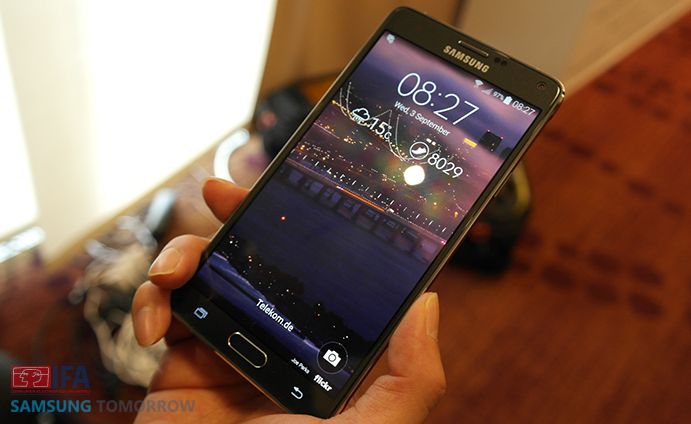 How many people remember 2011?

Looking at the past decade of smart devices, the year 2011 could have been a risky year to introduce the Galaxy Note. The general consensus was that people have already expressed their disinterest for smart devices with larger displays. Therefore, with a 5.3” display, the Galaxy Note may have seemed out of place at a time when most people assumed that mobile devices had to stay small; or there is no need for it to be big.

Simultaneously, Samsung has also introduced the S Pen, a new input device for Samsung’s ‘Note’ series. The reason S Pen was an interesting choice at the time was, because styluses had been considered completely irrelevant ever since the advent of touch screen smartphones. (Remember the PDA phones?)

Moreover, if you think about it, people even created the word, phablet, to describe Galaxy Note. The term summed up what at the time was the skepticism of combining a phone with a tablet.

However, Galaxy Note sold 5 million in 3 months, the Note 2 repeated the feat in 2 months and the Galaxy Note 3 in just one month. The number and the trend make it hard to argue that the Galaxy Note series has established the ground for phablets; in Samsung’s case, it also became one of their most beloved series.

The Matter of What and How

So what happened here? Did people’s preference for larger display suddenly changed after 2011?

Probably not. In fact, people always have been looking for smart devices with larger displays. But what people really wanted was a device that can take advantage of the larger display. One of the main reasons that large display smart devices failed to garner public attention was because many thought it’d lack functionality (and bulky design), therefore, counterintuitive. 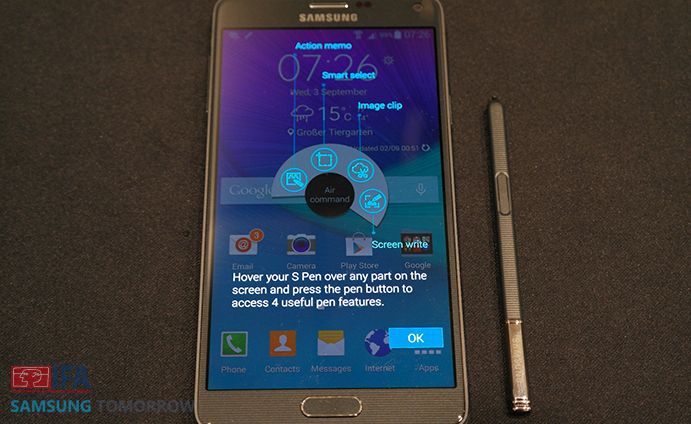 Now when the very first Galaxy Note was launched, it was equipped with a 5.3″ Super AMOLED display. This means that users could get a larger screen plus better colors. Moreover, the Multi-Window functionality, which divides the screen into two to execute different kinds of task simultaneously, provided the people with the opportunity to multitask. And, most importantly, the S Pen. Therefore, the Galaxy Note can maximize the advantage of larger screen with the matching functionality. That was what made Galaxy Note different.

The Matured Market and Consumers…. And Samsung

The identity of ‘phablet’ was not established by its display size, instead by its functionality. Now Samsung not only have a ‘phablet’ as one of the flagship devices, it also has 4 of them. However, the market and consumers have both matured, which is why Samsung has been testing the limit in terms of both size and functionality.

Of course, Galaxy Note 4 has only been out for a couple of hours, so it is too early to say whether it is exactly or much more than what people expected. But looking at the history of the Galaxy Note series and the philosophical trend of Samsung mobile devices, as well as the features of the Galaxy Note 4, we are very excited to see the future of it.