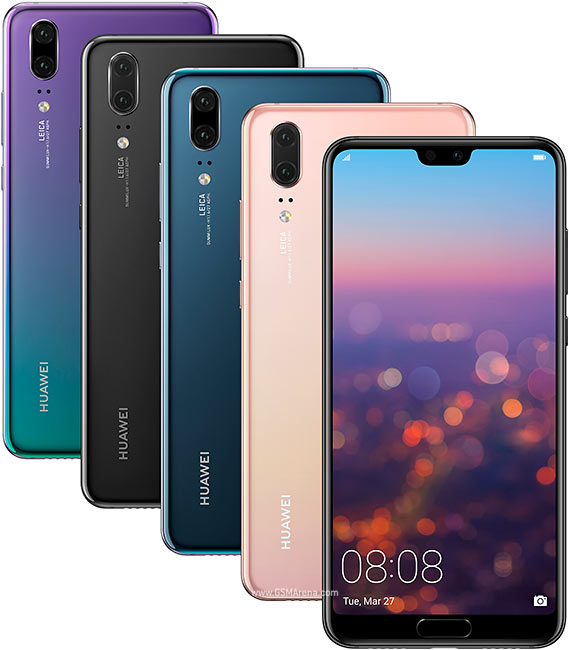 A strange bird this Huawei P20 – a headliner without a spear. The omission of the triple camera is baffling, but as long as you give it a chance, you may be surprised. And if you don’t dwell on what didn’t make the cut, you should be able to see the P20 for what it is – one dazzling flagship.

The signature Twilight hue is among the things the P20 duo will be remembered for. It’s available on both devices if you are lucky enough to reside in a region which stocks it, but the similarities don’t end here. The notched screen is shared, as is the Kirin 970 chip which, even though is six-months-old already, is still relevant.

Now, the elephant in the room – the dual-instead-of-triple camera on the back. Yes, it’s a step down from the more prominent P20 Pro but, fret not, this is not the same dual-camera we left on the Huawei P10 and Mate 10 Pro either. The 12MP color sensor is brand new and has much bigger pixels and thus we can expect brighter low-light images and less noise.

The MasterAI is also a thing on the P20, improving the way we take pictures by allowing for some previously impossible tripod-free long-shutter pictures. You can use lossless telephoto zoom, record 960fps slow-mo videos, but you can also switch to monochrome and take some artsy shots downtown.

The 24MP selfie camera stays the same on both P20 phones, too. It may lack autofocus but can do Face Unlock and shoot portraits with blurred backgrounds in line with the current trends.

Seeing that Huawei didn’t copy-paste its old dual-camera but instead came up with some notable improvements is enough for us to let the company off the hook here. We can even forgive the switch to IPS LCD screen which some might consider a downgrade from Pro’s OLED.

The crime we can’t let slide is the failing to secure the P20 body against water. It’s beyond us why Huawei made water-tight only the P20 Pro, but it’s not fair and puts even more pressure on the P20. The IP53 rating is not the best excuse for ditching the analog jack, and yet Huawei still opted for its retirement.

It’s clear we are starting on the wrong foot, so let’s pop this Huawei P20 out of its box and hopefully we get on the right one.

Fancy is not what the Huawei P20‘s white cardboard box is. But the maker has an excellent track record for bundles and this one doesn’t disappoint.

Inside that box, you’ll find eye-catchy Huawei P20 packed with a 22.5W charging plug, an enhanced USB Type-C cable compatible with Huawei‘s Super Charge, a pair of headphones, and a must-have 3.5mm-to-USB-C adapter.

Here is something you don’t see every day – a phone that’s instantly recognizable because of its style. We have seen a lot of notched screens and dual-cameras, but those catchy paint jobs are the P20‘s unforgettable trait and potentially the next big trend.

The flashy paint was a brilliant idea for an otherwise ordinary and conventional design. Dual-glass body reinforced with a metal frame is the popular choice this season, so if it weren’t for the paint’s charm, the P20 would have been just another notched glass phone.

The P20‘s design is an obvious departure from the P10. The metal unibody is gone for good, at least for now, and so are the screen bezels. Behind the screen glass sits a big but notched 5.8″ display, a massive jump from the 5.1″ unit on the P10, yet the growth in size is pretty negligible – just 4mm in height.

And while we are comparing siblings, the other notable change is the camera orientation. It seems the iPhone X didn’t just kick off the notch trend, but the vertical camera configuration, too.

Back to the Huawei P20. Both of its glass pieces are slightly curved, matching nicely with the frame’s chamfers. The metal frame is smooth and polished. Admittedly, this works well for the good looks, but hurts the grip – the P20 is as slippery as it looks.

Unlike the water-tight P20 Pro, the P20 is just IP53-rated for moderate dust and light-splash resistance. And while this fact was officially announced at the launch event, you won’t find this mentioned anywhere on the official P20 pages.

This omission is baffling, as the P20 phones have virtually identical bodies, slots, holes, and everything, and yet only the Pro got the ingress protection. The P20‘s case is not helped by the fact that all current flagships and premium mid-rangers are water-protected. What’s up with that, Huawei?

The missing audio jack doesn’t help the P20 either. While this could have been explained with the aqua-shielding on the Pro, it’s merely a missing feature on the P20.

The front-mounted fingerprint scanner is here to stay – it’s an always-on one and is used for system-wide navigation. On the opposite side of the screen is the notch housing a circular grille for the earpiece and the 24MP selfie camera. The earpiece is not centered, which may look odd to some. A tiny status LED is also around.

The vertically-oriented dual-camera is on the back occupying a small hump. It has kept the previous 12+20 MP specs but packs a new color sensor and new lenses. Next up are the dual-LED flash and the laser-AF sensors. The Leica logo is not as boisterous as before, but it’s there.

So, the Huawei P20 is a glass phone like any other. There is nothing special in its bill of materials, the credit for its coolness goes to the clever paint jobs. But that’s enough to make it one of the best-looking devices this season and the fashion-conscious might grab it just for that. Slippery and often smudgy, the Huawei P20 has to be polished and cleaned quite often to look its best, but beauty always comes at a price.