Moto E4 and Moto E4 Plus review: Great phones on a budget

Although Motorola does not command a large share of the smartphone market, it is backed by the deep pockets of Lenovo. This means Motorola can pursue some strategies that similarly situated smartphone manufacturers may not be able to do. One of those moves is to make sure they have covered all segments of the market meaning they have an offering for just about any kind of shopper. While top-tier devices generate all of the buzz for companies, being able to provide devices for shoppers who are looking for a phone and do not really care about the latest specs or dropping lots of money on a smartphone can be a nice way to generate some income.

Being able to offer something to buyers at the end of the spectrum opposite the top-tier is where the Moto E4 and Moto E4 Plus come in to play. These budget offerings from Motorola may not knock the socks off in terms of performance or features, but they have extremely favorable price points.

For this review, we spent some time with both devices to see how they might hold up for any prospective buyers in need of a budget smartphone. 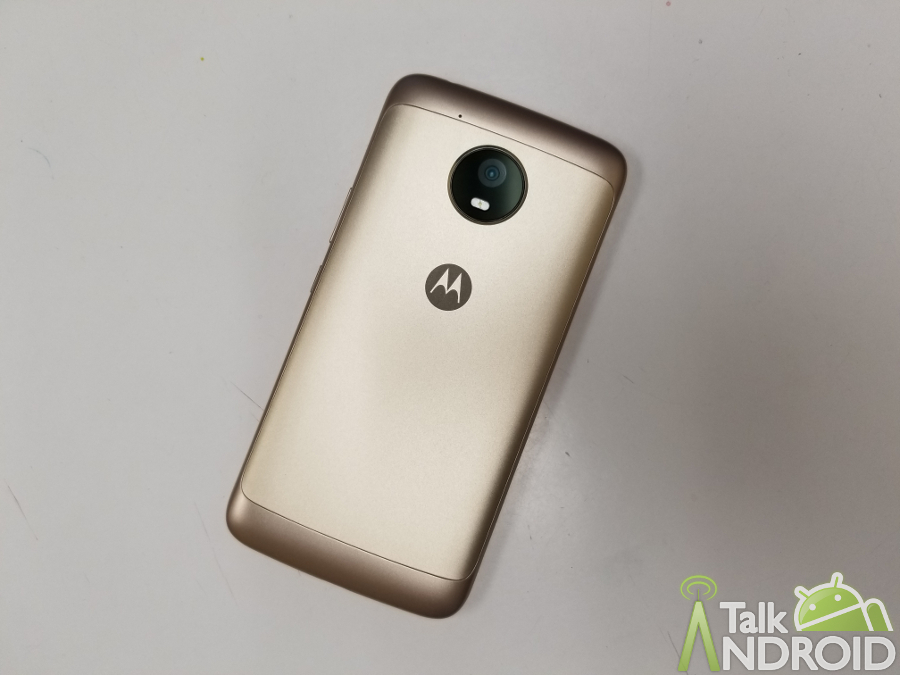 The design of the Moto E4 and the Moto E4 Plus is one that should be familiar to anyone who has checked out a Motorola smartphone in the last two to three years. The devices feature a shape that sports some aggressively rounded corners, top and bottom edges that have a hint of an arc to them, and sides that are nicely rounded off to make for a comfortable grip. Both phones offer “home” buttons on the front that double as fingerprint sensors. On the backside, you will find the round camera housing that has become the hallmark of Motorola devices.

While the overall design of the Moto E4 and Moto E4 Plus keeps the phones squarely in the Motorola design camp, that is where the similarities to some of their higher-end devices start to fall away. Both devices are quite thick and heavy compared to other phones. For the Moto E4, this weight comes despite the fact that the back of the device is really a plastic shell that can be popped off to get access to the battery and slots for the SIM card and microSD.

The back of the Moto E4 Plus can also be removed for similar access. However, the backplate is a bit sturdier and features a two-tone design. Interestingly, even though one can get access to the battery in the Moto E4 Plus, Motorola has placed a sticker on the device warning against removal. 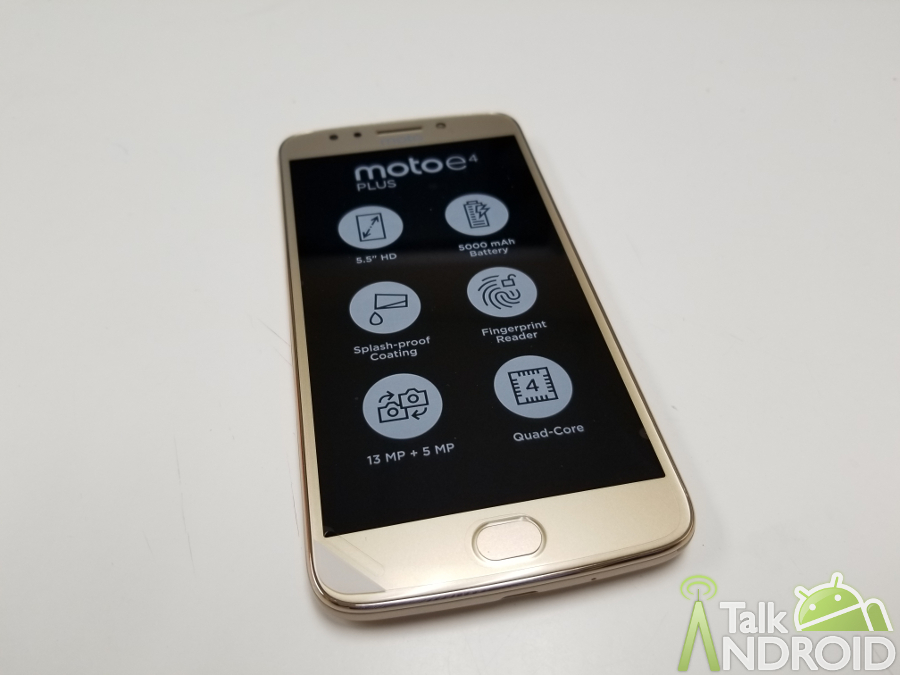 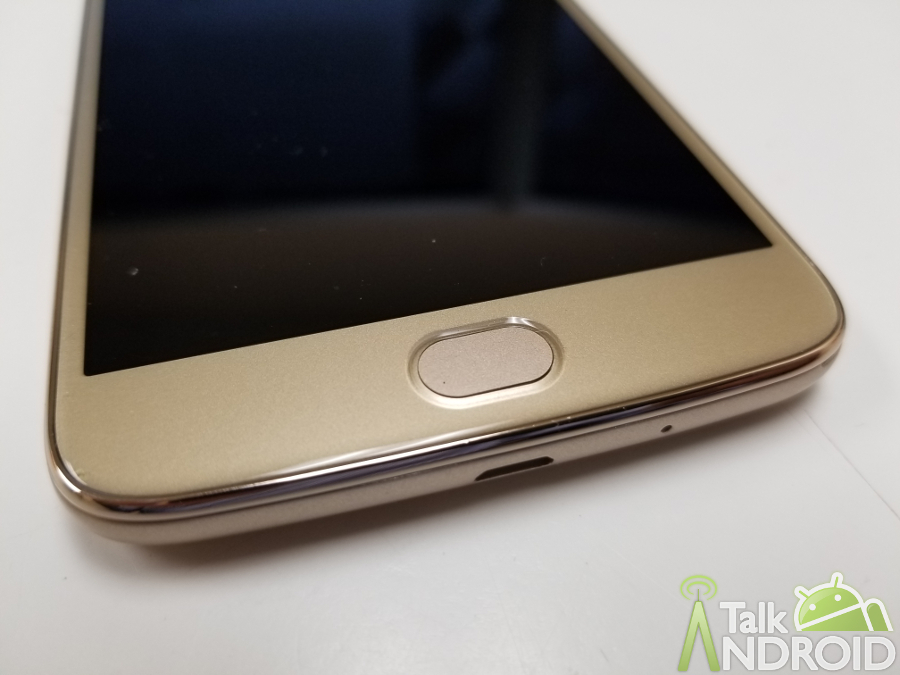 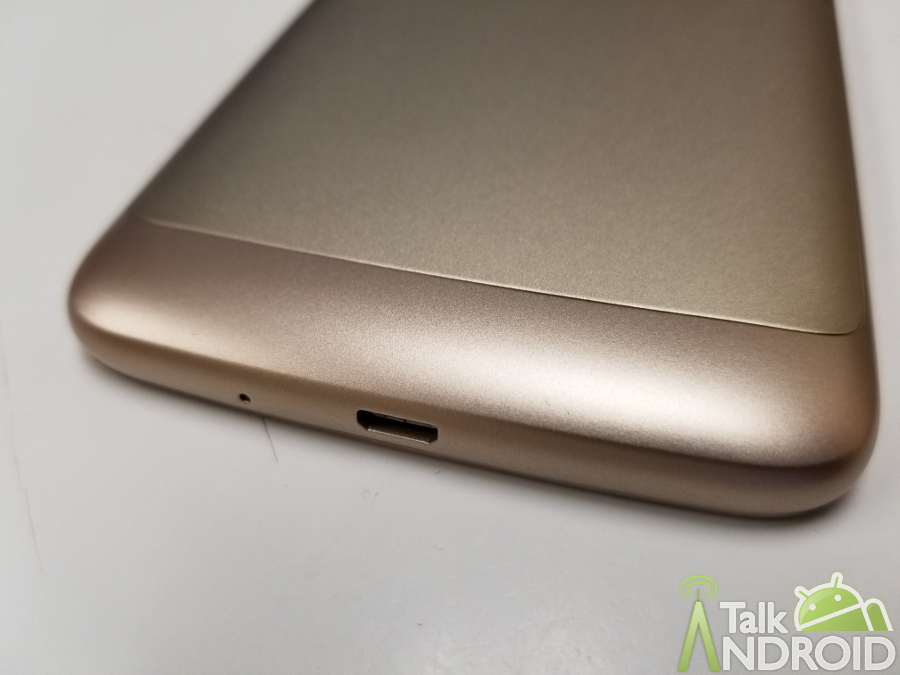 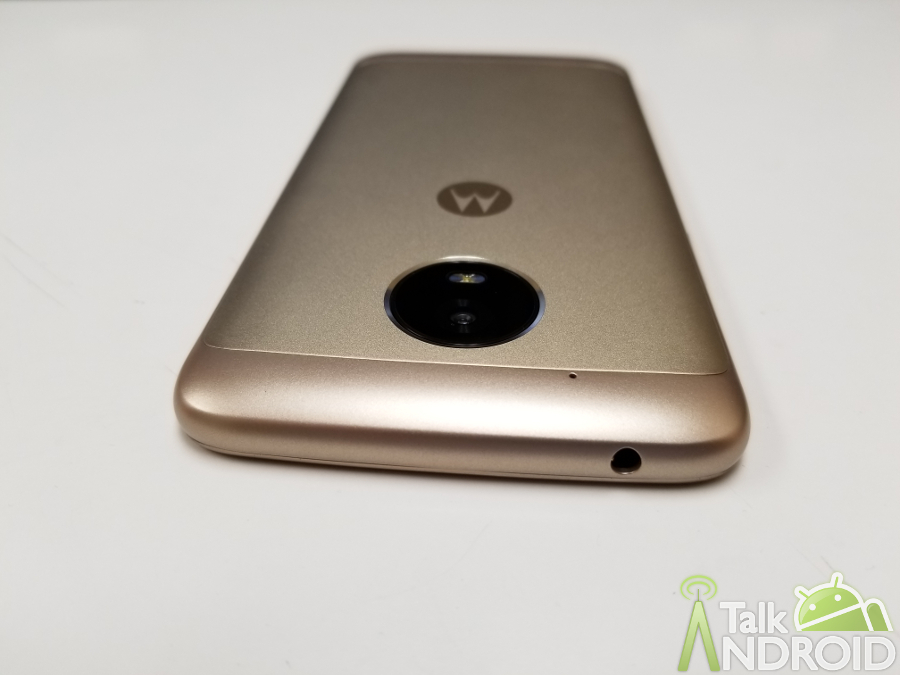 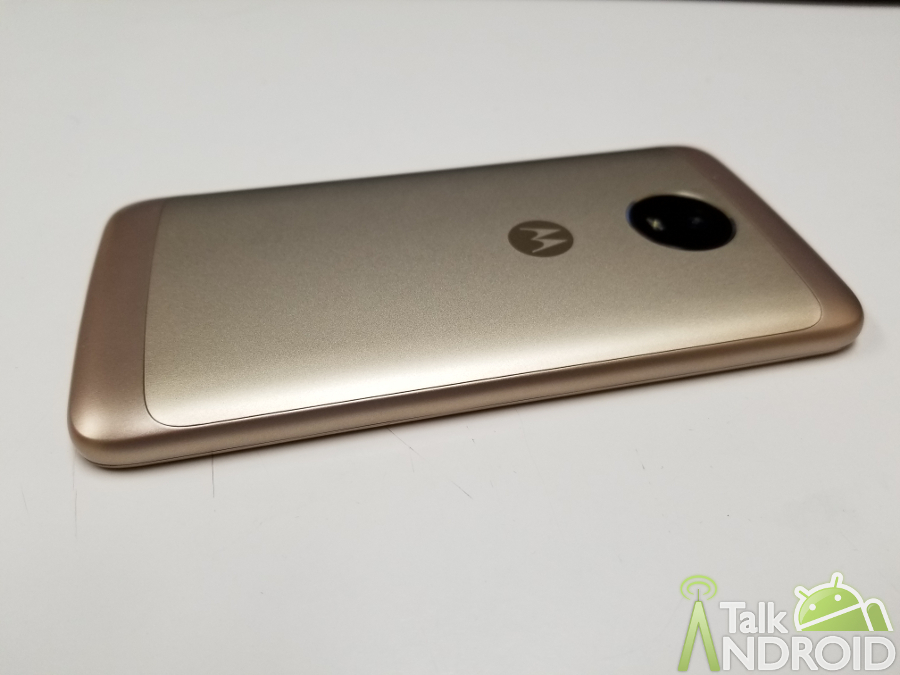 As far as colors go, the Moto E4 Plus test unit we had came in the Fine Gold color. The Moto E4 is available in this color as well. Although the gold may not appeal to everyone and I normally would fall into that camp, I was impressed with the look of the device, especially since Motorola made the front facing bezels and the fingerprint the same gold color. The Moto E4 Plus is also available in Iron Gray while the Moto E4 can be purchased in Licorice Black, which was the color of the test unit we had.

Both devices have the power button and volume rockers on the right-hand edge of the device, include a 3.5mm audio jack. They also both use a micro USB port for charging, so USB-C has not gotten to these lower market tier devices quite yet.

Both devices come equipped with a Snapdragon 425 or Snapdragon 427 and just 2GB of RAM. This is a budget-friendly combination of hardware, so it should be no surprise that the phones are not going to be driving the latest games with ease. If you are used to higher end devices, probably the biggest thing that one will notice is that everything seems to be a tick or two slower. This is especially true when opening apps – once loaded the speed of operation seems to be the same as any other phone.

Both devices have LCD screens running at 1280 x 720 resolution. The Moto E4 gets a 5-inch display while the Moto E4 Plus is bumped up to 5.5-inches. The color of the displays seems to be a bit washed out compared to higher-end devices. For typical use, the fact that the displays are only 720p resolution may or may not be noticeable depending on what one is used to. Overall I did not find the lower resolution detracted from the devices.

Things get a little bit interesting when it comes to batteries for these devices. Starting with the Moto E4 we have a 2800 mAh battery, a size that seems consistent with the budget nature of the device. Although it is on the smaller side, keep in mind it does not have to drive very demanding hardware. This means it is adequate for the task at hand and I had no problem getting through a typical day of usage. Add in Motorola’s rapid charging technology and despite the older microUSB connection, the device can be charged quite quickly. The Moto E4, as noted earlier, has a removable battery so one could find a spare to keep handy and swap it in if needed.

Meanwhile, the Moto E4 Plus gets a monstrous 5000 mAh battery. The Moto E4 Plus can just keep going and going and getting a couple days usage out of it on a single charge is well within the realm of possibility. In one case, I left the phone on a desk for one week in standby mode at 100% charge and when I came back, it was only down to 76% charge, a testament to how finely tuned Qualcomm and manufacturers are getting in the area of energy efficiency. 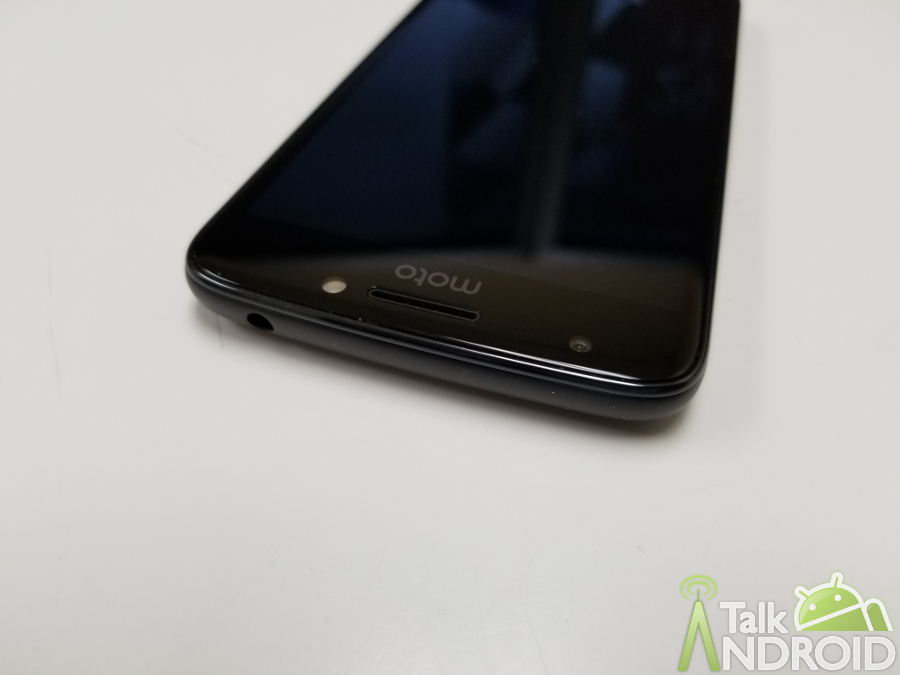 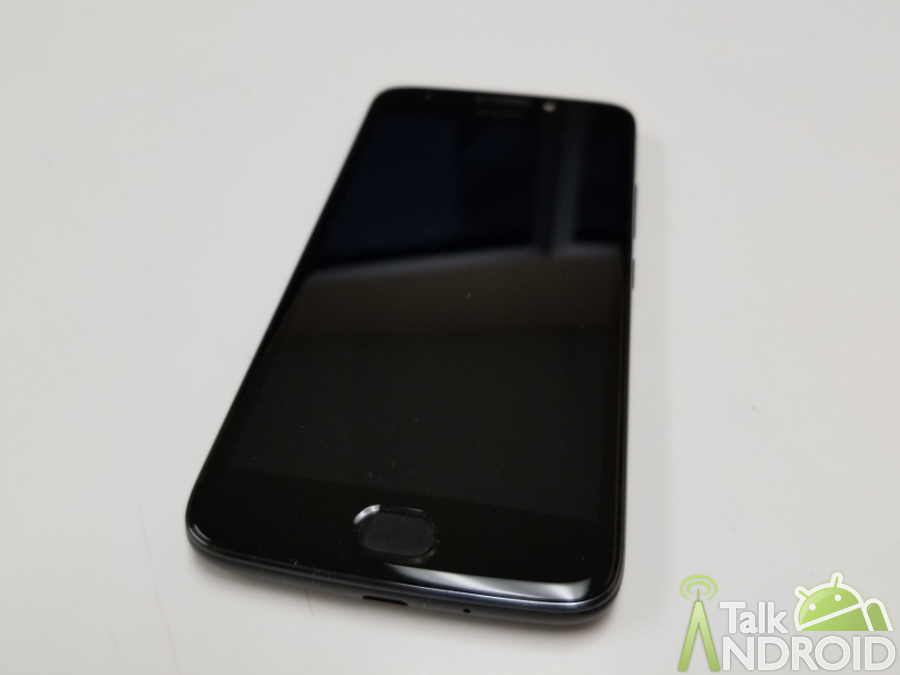 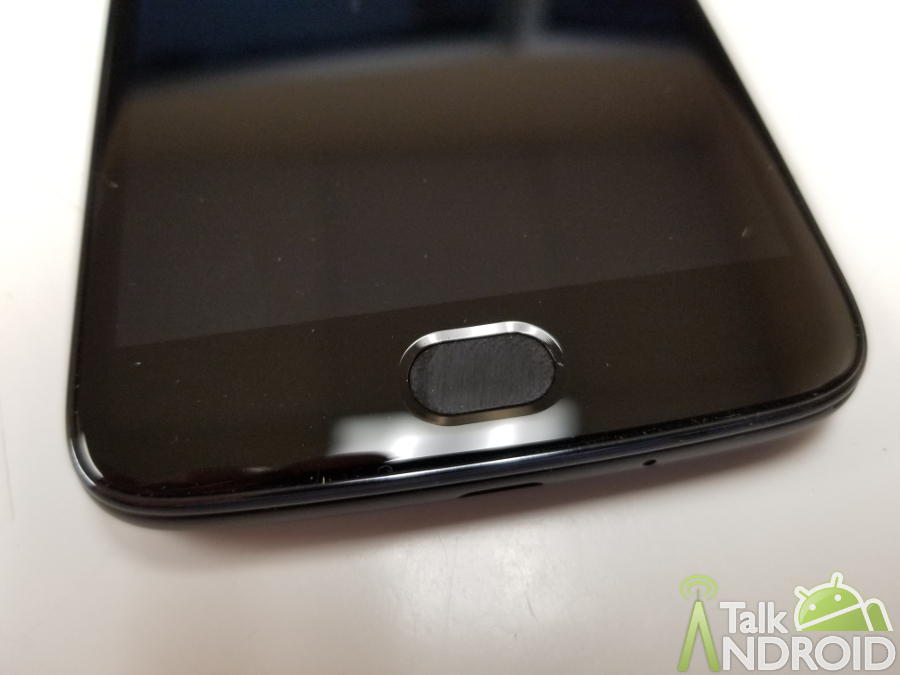 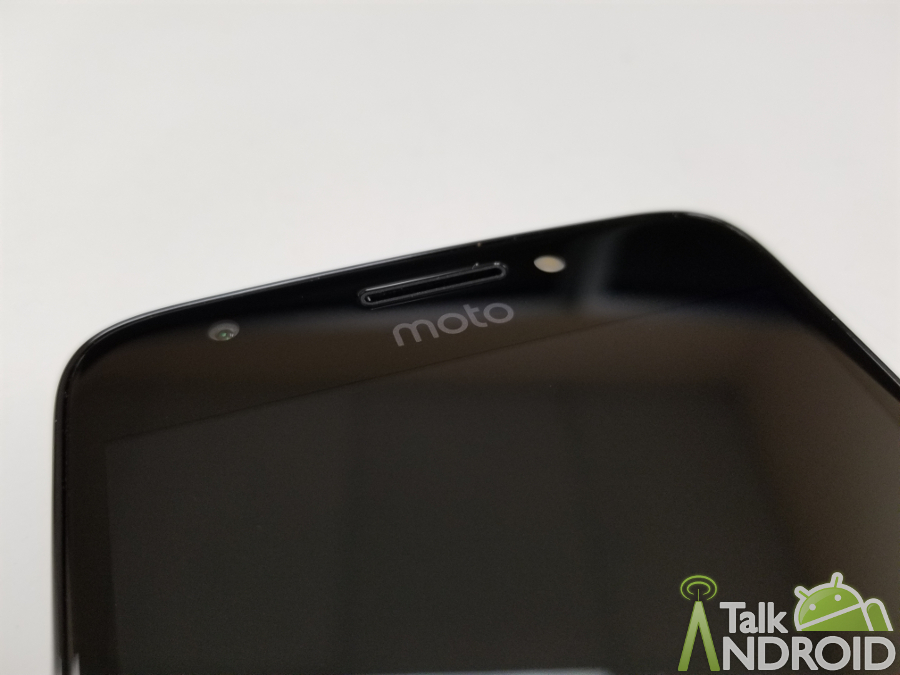 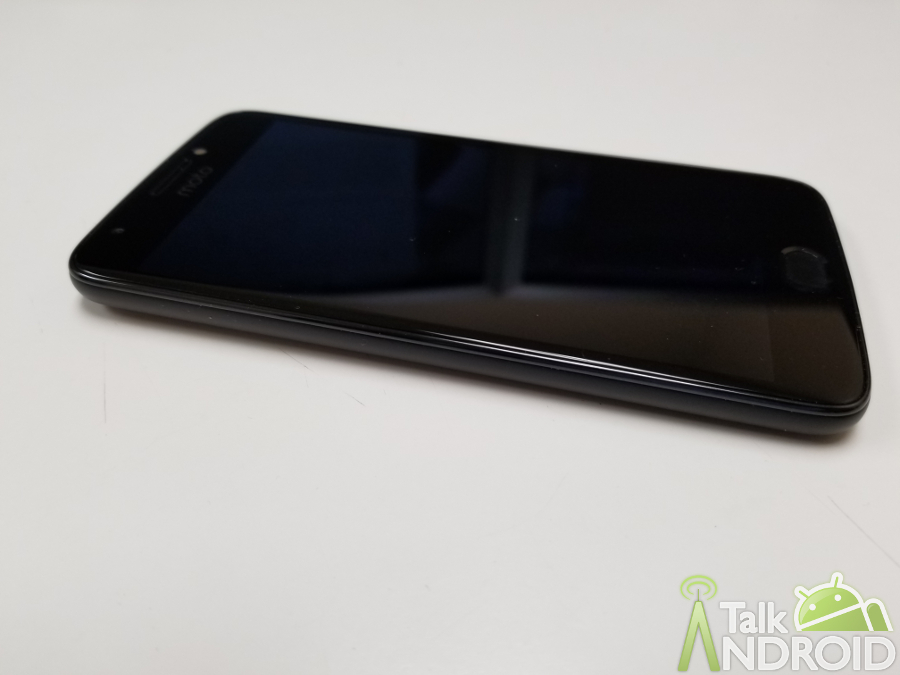 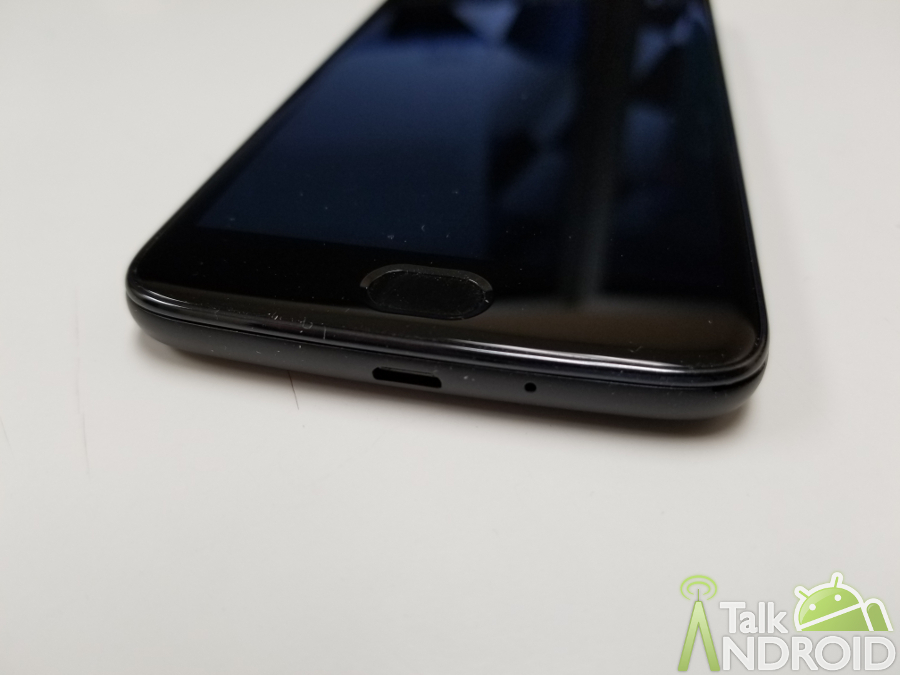 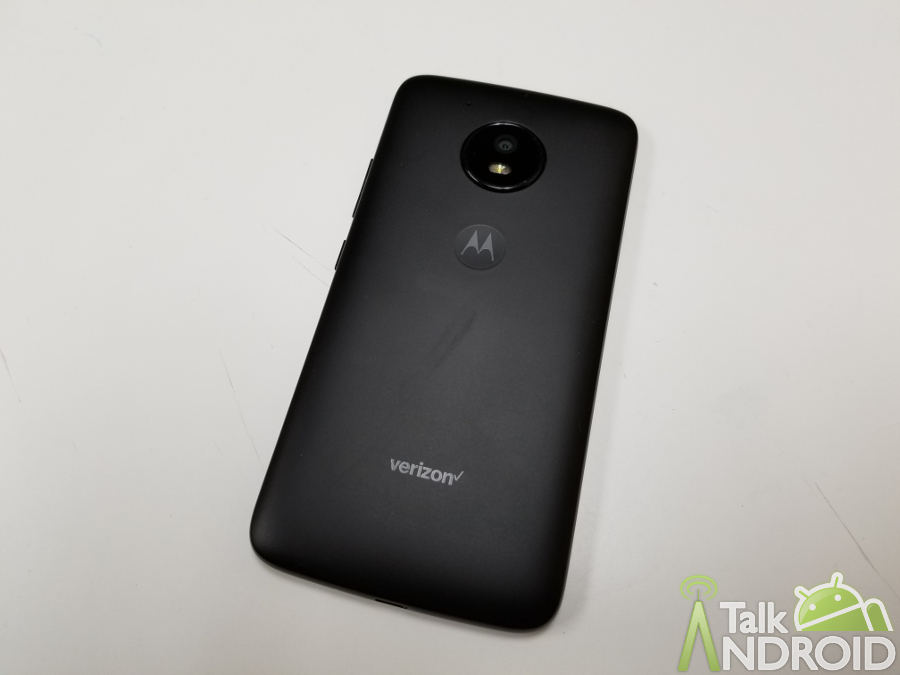 Despite being budget devices, Motorola does deliver both the Moto E4 and Moto E4 Plus with Android 7.1.1 onboard. Having access to such a recent version of the Android operating system is a nice plus for buyers in this market segment. Whether Motorola goes through the trouble of rolling out Android Oreo to these devices remains to be seen.

Consistent with Motorola’s overall strategy, the operating system and interface are very close to being stock Android. Motorola does not layer on an extra user interface and the few custom apps that do come on the phone are generally considered useful additions, like Moto Assist that enhances accessibility of the phones.

One thing these budget devices do not get compared to some of their siblings is the Motorola Always On display.

For cameras, both devices share the same 5MP front-facing “selfie” camera with an f2.2 aperture and 74-degree field of vision with support for HDR. On the rear, the Moto E4 gets an 8MP unit while the Moto E4 Plus gets a 13MP unit. Given these are budget phones, the average capabilities of the camera hardware should come as no surprise. The cameras generally work s expected and they can capture adequate shots, but you are probably not going to want to try things like serious zooming or shooting in low light situations as noise in the resulting images will come in fairly soon as you start to push on them. You may note in a couple of the sample shots with the Moto E4 Plus though that focus was an issue despite the conditions not being especially challenging.

In terms of video recording, both devices can capture 1080p video at 30 frames per second. 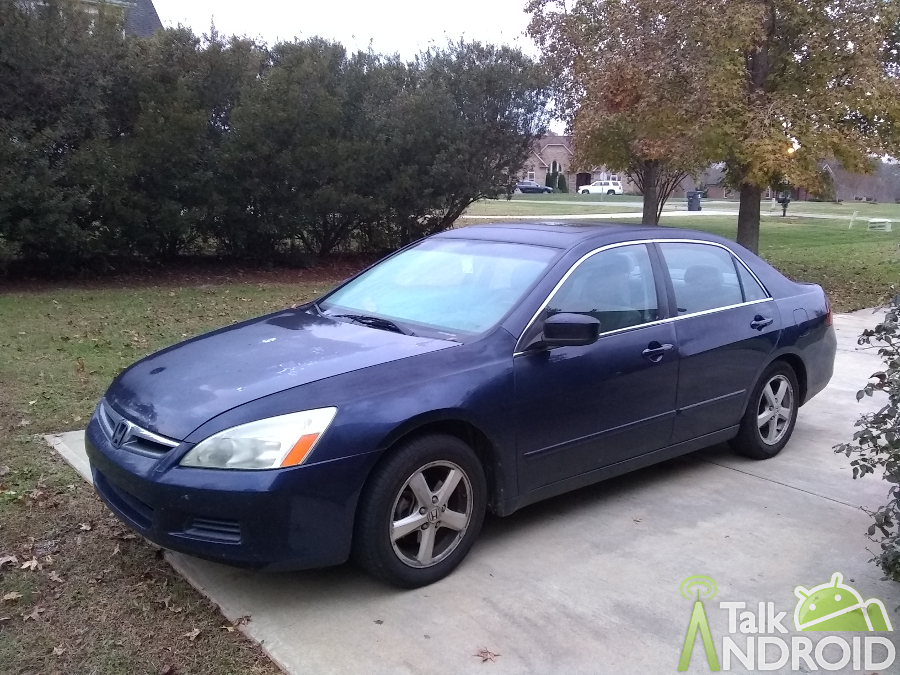 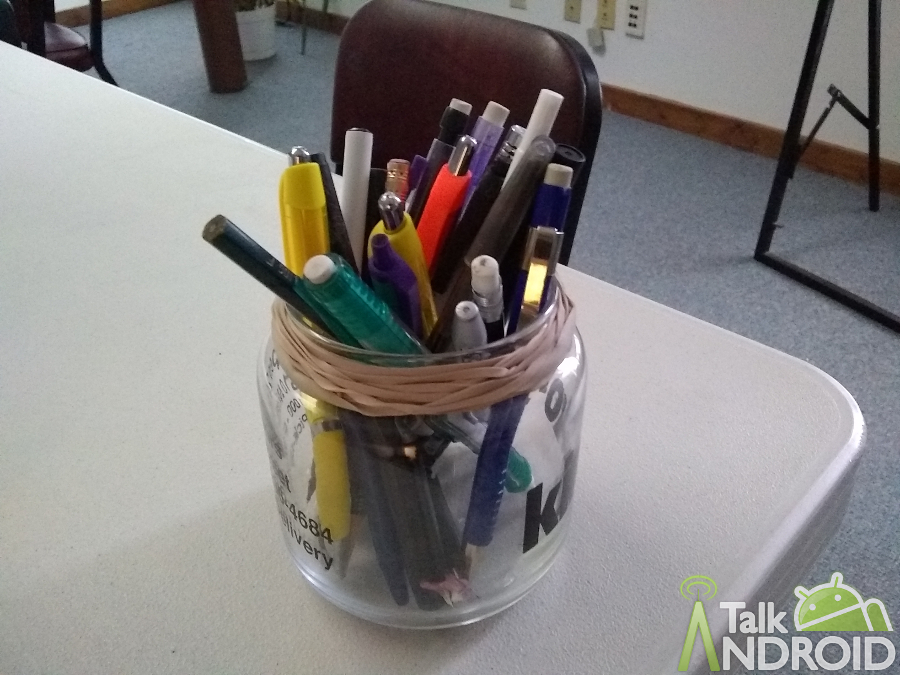 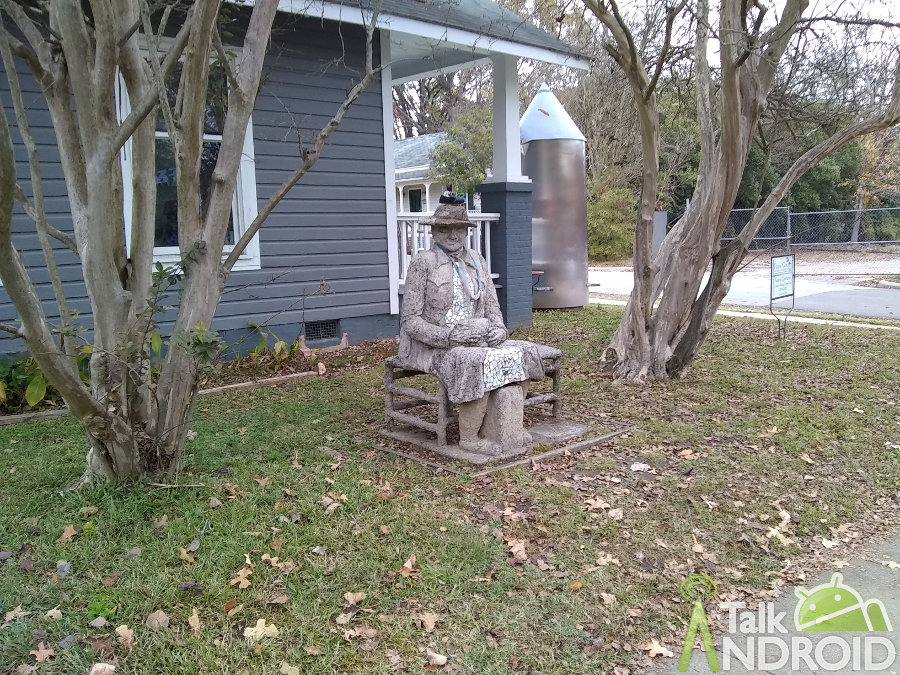 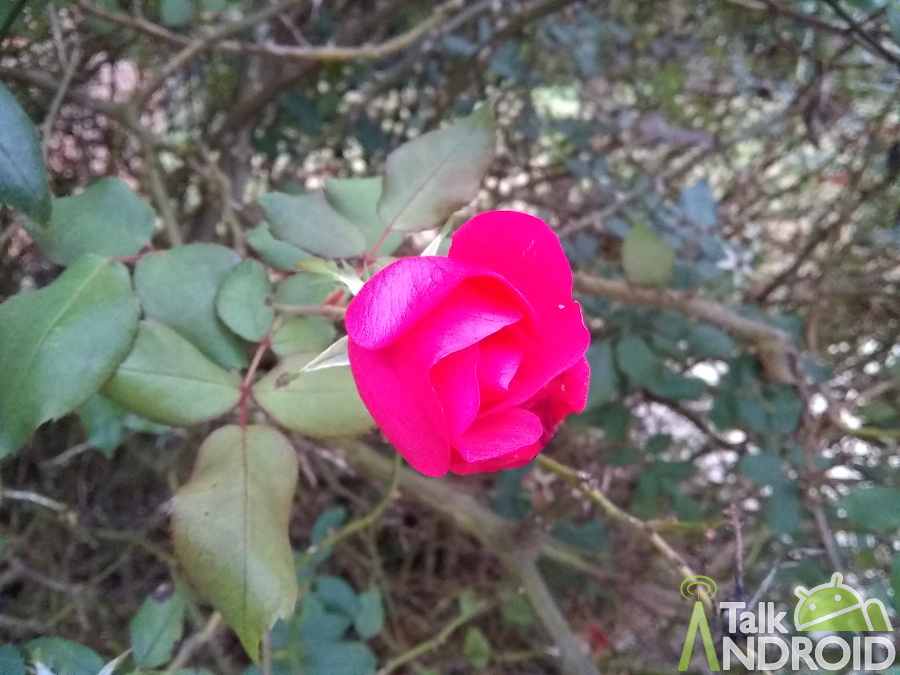 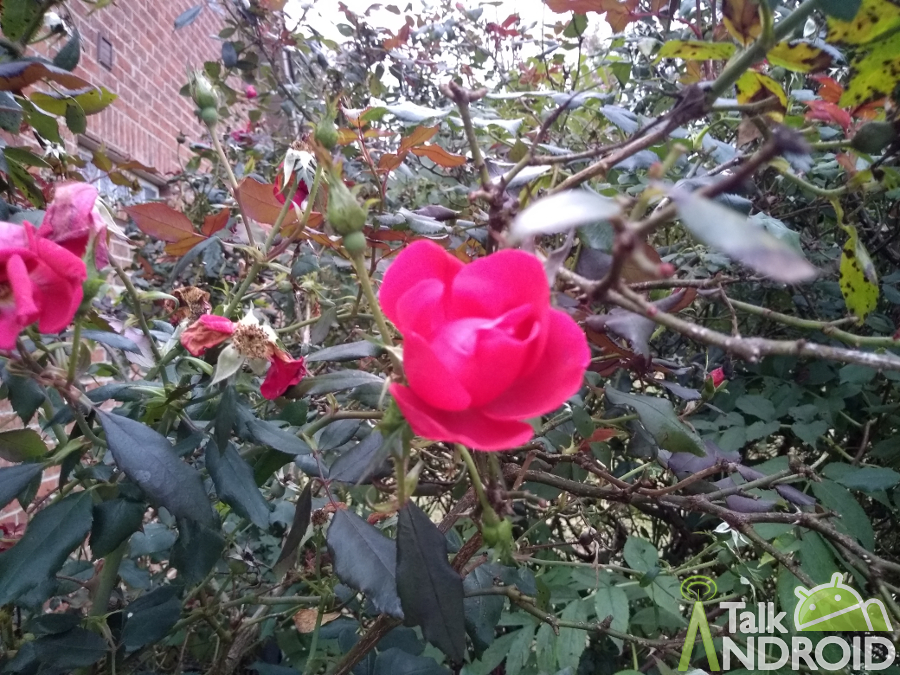 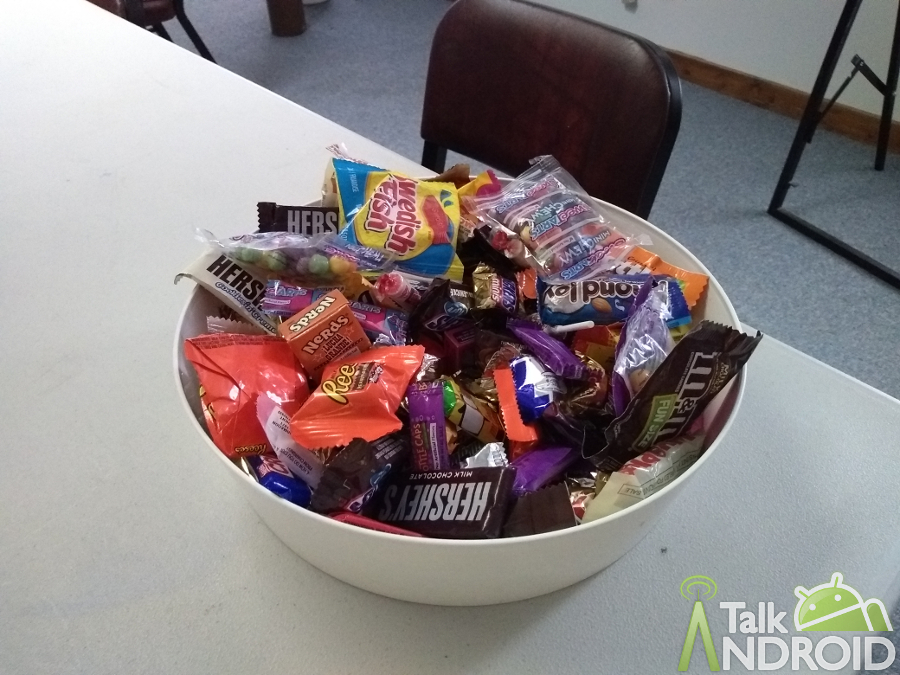 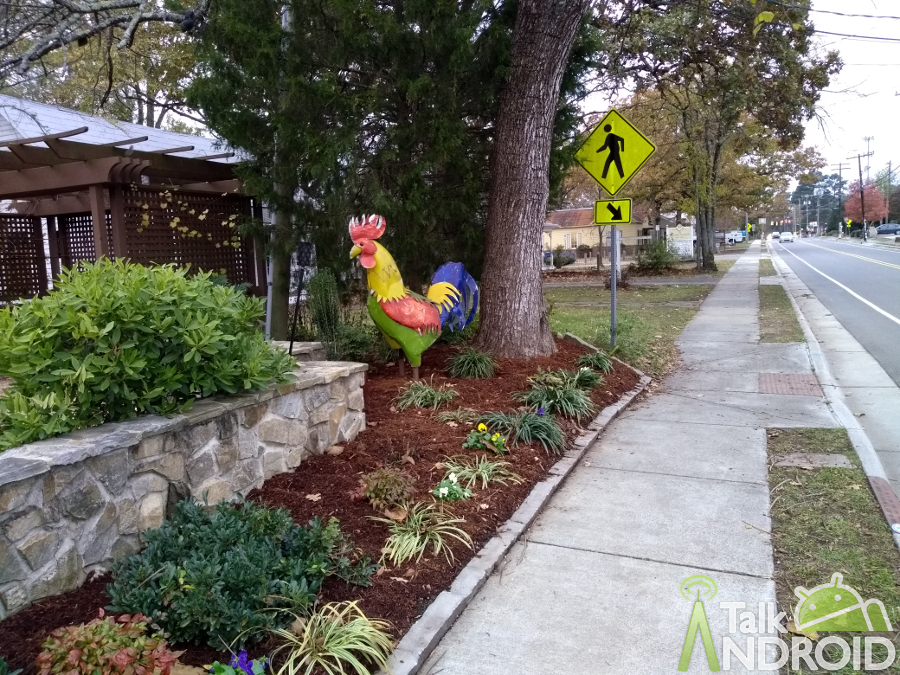 Both the Moto E4 and the Moto E4 Plus reside at what might be described as the bottom end of the market. With prices that are rock bottom, they are not targeting consumers looking for especially capable hardware so it should come as no surprise that performance is not on par with a mid- or top-tier phone. 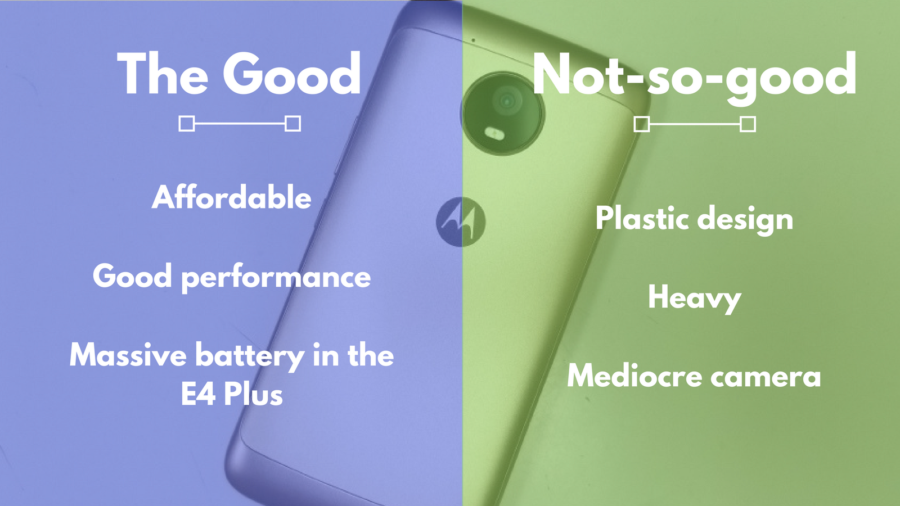 All that said, the phones work amazingly well. Effectively the hardware in the devices is similar to what flagship phones had about 3 to 4 years ago. Using the phones invoked in me a bit of a sense of time travel as if I had gone back in time and grabbed a smartphone off the shelf. However, buyers today get the benefit of improvements to the Android operating system as well as app developers continuing to streamline and optimize their apps. So although the hardware may feel like a bit of a step back in time, actual operation of the phones leans toward a much smoother, snappier experience.

The Moto E4 sells for full retail at a mere $140 and the Moto E4 Plus goes for $180. With deals available, either device may be available for much less than that. Balancing that cost against the hardware, the devices present a pretty compelling case for the budget phone buyer.