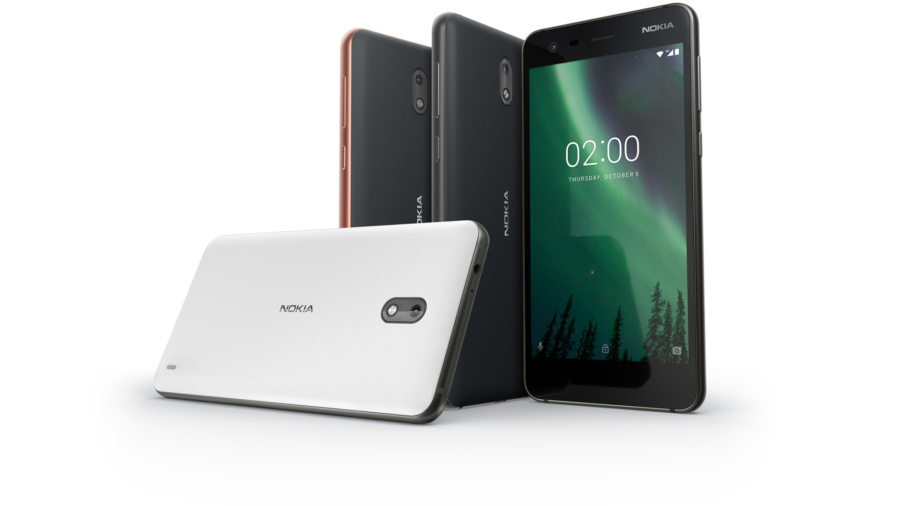 Since it began first announced the Nokia 6 way back in January this year, HMD has added models at almost every price point. The Nokia 8 is its flagship device (at least until the Nokia 9), the Nokia 5 and 6  take care of the mid-range segment, and, up until today, the Nokia 3 was its lowest-specced handset. HMD announced the Nokia 2 a few hours ago, an entry-level phone that boasts 2-days battery life.

The Nokia 2’s main claim to fame is the massive 4,100mAh battery which HMD states will keep the Nokia going for 2 days. That’s hugely impressive. Other specs include:

Design-wise, the Nokia 2 has an aluminum frame with a polycarbonate (plastic) rear panel and can be had in Pewter/Black, Pewter/White, or Copper/Black colors. HMD had the courage to include a 3.5mm audio jack, and the phone has an IP52 rating which means it can handle a few drips. The Nokia 2 is already available in India and will make its way to other markets from mid-November priced around the €99 mark.

HMD Global has been rolling out new Nokia devices with great regularity, but the best part seems to be their dedication to updating the phones on a reasonable time schedule. In fact, the Nokia 5 has been the first phone to get security patches for a few months now, often before Google releases them for their own devices. They’re hoping to capture a huge portion of the budget phone market too, as the upcoming Nokia 2 is slated to be budget-friendly.

Noted leaker Evan Blass has tweeted a series of press renders for the upcoming device, showing that it will be available in black and white.

Given the phone’s low specs it’s likely that it will be reasonably priced and will never see the light of day in the US. That’s unfortunate, but what I think is even more unfortunate is that a budget phone like the Nokia 2 has a bigger battery than some of the most recent flagships.