During the “Unleashed” Apple event, the company announced a new more accessible plan for Apple Music exclusively with Siri.

This Apple Music plan is perfect for a single subscriber. With the new “Voice Plan,” people will rely on Siri to listen to songs on the service.

For $4.99, subscribers will have access to 90 million songs, tens of thousands of playlists, and stations on all their Apple devices.

“Apple Music and Siri are natural partners and already work seamlessly together,” said Oliver Schusser, Apple’s vice president of Apple Music and Beats. “With Siri actively used on hundreds of millions of devices worldwide, we are thrilled to add this new plan that delivers an effortless music experience just by using your voice and makes Apple Music accessible to even more people around the world.”

According to Apple, users can subscribe to the Voice Plan through Siri by saying “Hey Siri, start my Apple Music Voice trial,” or by signing up through the Music app. Once subscribed to the Apple Music Voice Plan, users can request music be played across all of their Siri-enabled devices, including HomePod mini, AirPods, iPhone, or any other Apple device, and when using CarPlay.

Subscribers can ask Siri to “Play the dinner party playlist,” “Play something chill,” or even “Play more like this” for a personalized music experience. Unfortunately, it’s important to note that Spatial Audio and Lossless quality won’t be supported with this low-cost plan, as well as lyrics, and music videos.

Here are all plans available: 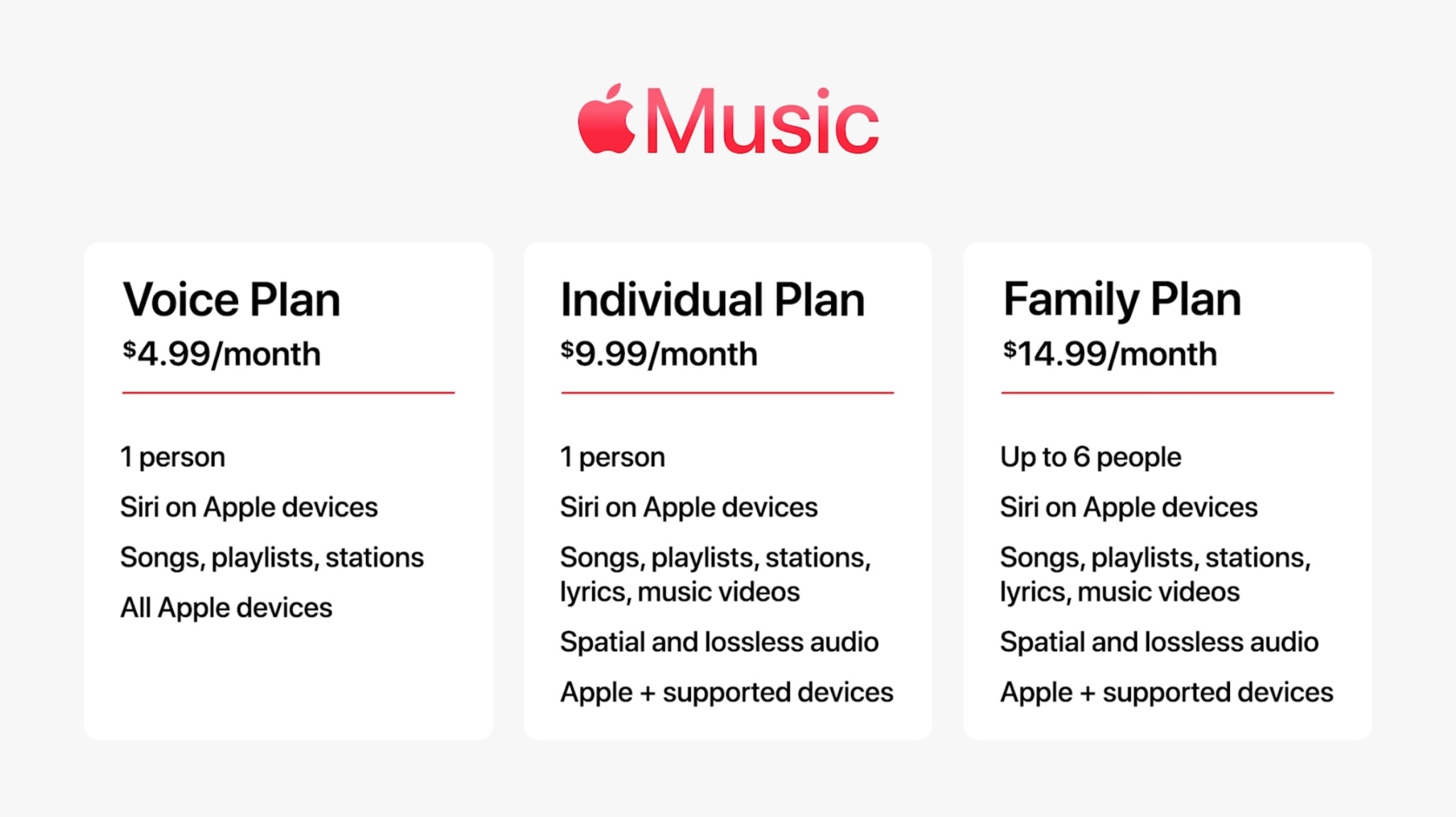