❤ Concept: Here are some ways Apple can avoid antitrust concerns, fix subscriptions, and help customers in the process 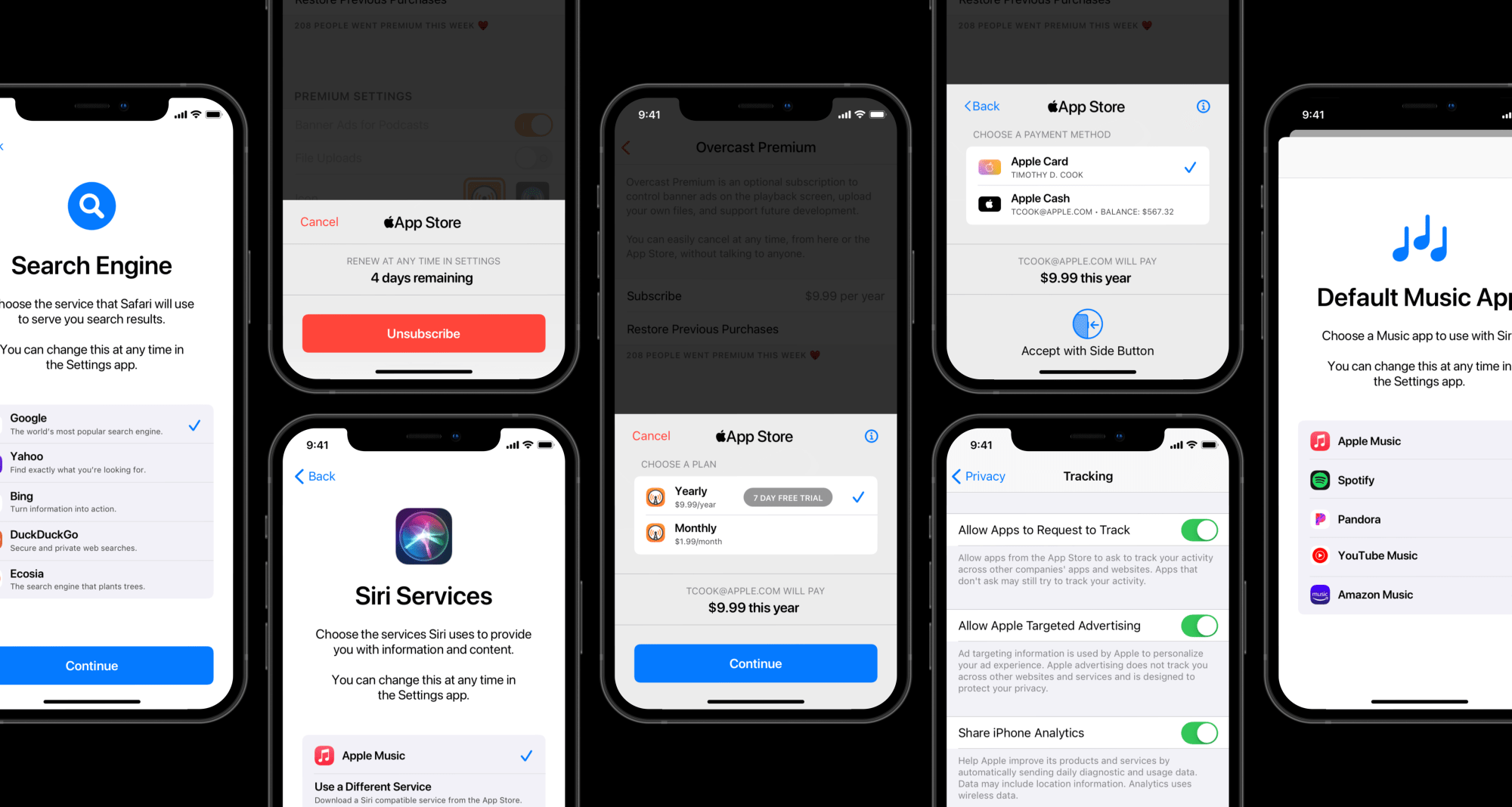 Apple has faced lots of criticism over the past few years because of the way its services get special treatment on iOS devices. They’ve also gotten lots of heat as of late over the way in which they allow customers to get sucked into service subscriptions.

There are lots of potential solutions to these problems. But first, you have to identify which problems are the most important to solve first. There are a couple of areas that are particularly important. 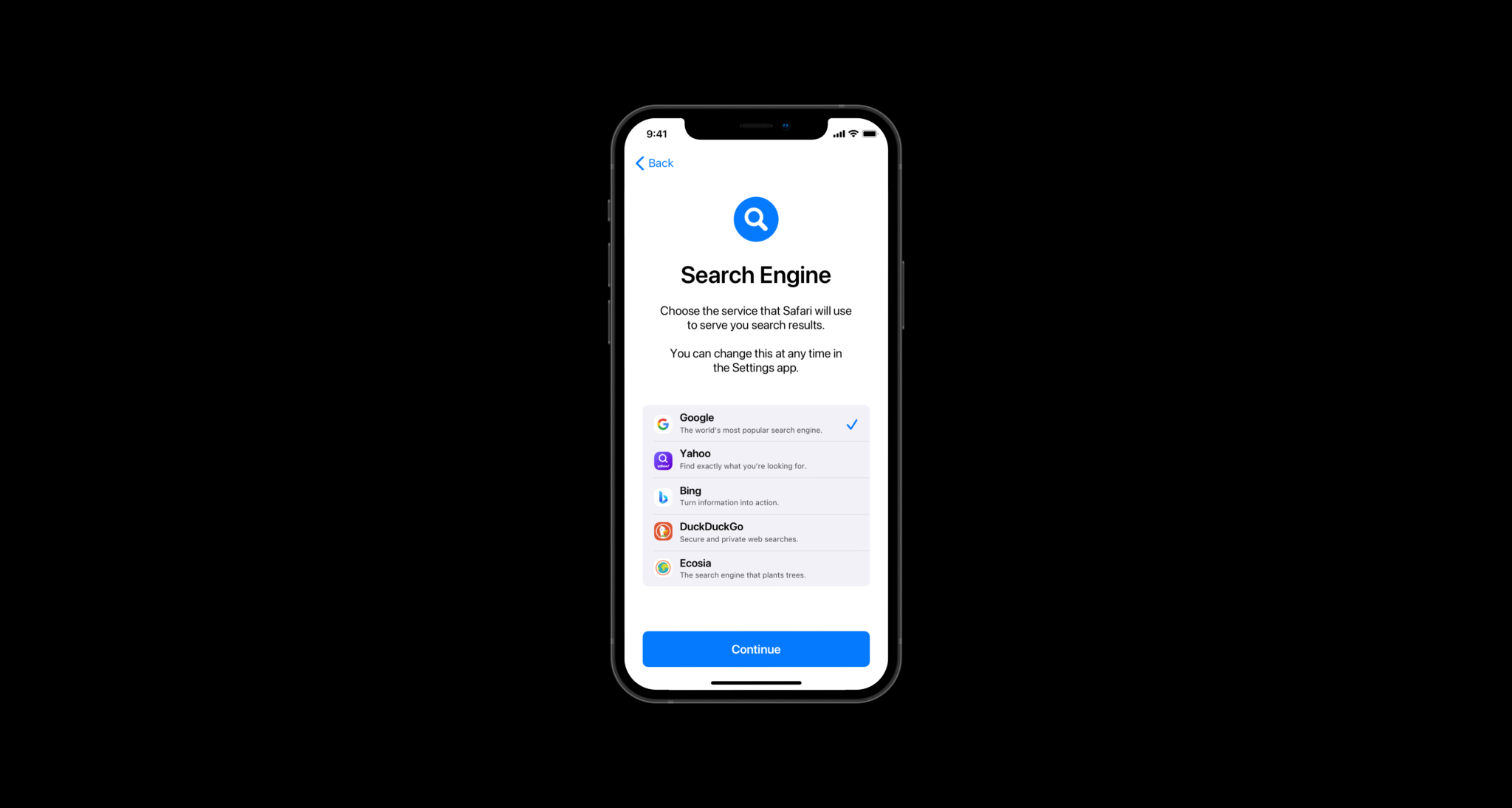 Apple could easily wash away any sort of antitrust implications by including a search engine selection screen during the setup process. Google would still be selected by default, but it would give users an opportunity upon first use to change their search engine of choice. This is also important for users who care about privacy. It should be easier for any user to change their default service to something like DuckDuckGo.

Another setting that should be surfaced during first setup is default apps and services. Apple could frame this as a way to set Siri information and content sources, but it would also change the default app in that category.

This step would appear after you sign in to your Apple ID so that you can download an alternative, Siri compatible service before set up is over.

Apple currently offers the ability to set an app as a default within its own settings panel buried at the bottom of the main Settings view. There’s no centralized place to see all of your default apps.

If they created a default apps settings panel and moved it to the top level of Settings, users would be able to find this ability much more easily. This would help alleviate some of the concerns about apps like Spotify or Gmail being put at a disadvantage.

Apple could rearrange the main Settings view and move App Store and Wallet settings right to the top below Apple ID. They could also update the App Store menu to be “Apps & Subscriptions.” Any user would be able to easily find all of their subscribed services and cancel them if they wanted to. You can also see the new “Default Apps & Services” menu with the third group of cells.

Apple also ought to update their tracking and privacy menus by merging third-party settings with first-party app settings. Apple’s own apps have their privacy settings buried within the privacy section of Settings while third-party apps’ settings are right at the top.

To complement the new subscriptions menu, Apple could redesign the sheet that appears when you tap to subscribe to a service. The new sheet would show all available plans and hides all additional copy under an information button. You would select an available plan and tap continue to move to the final step.

This additional stopgap prevents people from accidentally subscribing to a service, especially on Touch ID enabled iPhones. The second screen within the sheet lets you change your payment method and accept the terms of your subscription with a double click on the side button.

Apple could also introduce a new API for unsubscribing to services. Developers could be required to build it into their app. When tapped, a new proprietary sheet would slide up, telling you how much time is left in your subscription. You could then tap to unsubscribe and then double click the side button to confirm it.

With these changes, it would not only make it harder for people to get sucked into subscriptions, but it would help people better understand what they’re signing up for. The new top-level menu in Settings combined with these new sheets would remove the suspicion that Apple is purposefully trying to keep people subscribed to services they don’t use.

❤ This may be our first look at Android 12, Google’s next Android OS ❤ Apple rumored to bring Always-On Display functionality with iPhone 13