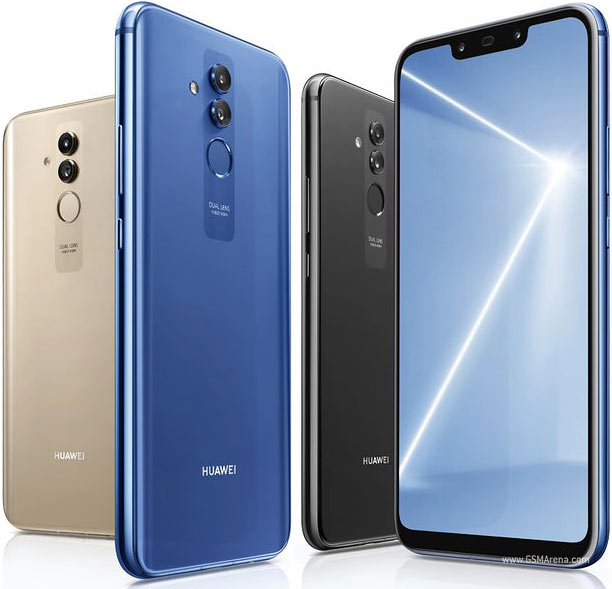 A Mate 20 before the real Mate 20s are out that’s lighter on your wallet but not light on features – it’s the Huawei Mate 20 lite. While waiting for the big boys, we figured we’d give this midranger a go.

As with previous Huawei Lites, the Mate 20 edition packs one of the company’s mid-tier chipsets, but this time it’s a new one – instead of the ubiquitous 659, it’s now the 12nm Kirin 710 that swaps out 4 of the Cortex-A53 cores in its CPU for the more powerful A73 variety; a new GPU is also part of the 710 bundle.

Like the true Mates, the 20 lite has a large display – in this case a 6.3-inch FullHD-ish panel in a 19.5:9 aspect, complete with the mandatory notch. Mandatory for a Mate, this Lite one has a generous 3,750mAh battery – couple that with the 12nm SoC and we’re in for some pretty good endurance.

It’s looking like a solid midrange package the Mate 20 lite, but let’s first check out what’s in the actual package.

The Mate 20 lite comes in an understated black box with the name of the phone printed on top and on the sides of the lid. The phone’s on top and underneath it there’s a paper sleeve containing one of the thickest quick start guides we’ve seen lately (it’s in a lot of languages), but also a screen protector.

Remove that and you’ll see the charger labeled Huawei Quick Charge. That’s not to be confused with the Huawei Super Charge adapters that you’ll find bundled with the company’s proper high-end models, but it’s still rated at 9V/2A, so there is some form of rapid charging involved. There’s also a USB-A to USB-C cable and in a separate compartment you’ll find a pair of basic earbuds to get yourself started.

Huawei‘s huge smartphone portfolio inevitably means there are a ton of options within the company’s own lineup. The Honor Play we reviewed recently immediately comes to mind offering the soon-to-be-replaced flagship Kirin 970 chipset which is substantially more powerful than the Mate 20 lite‘s Kirin 710. The Mate wins the stills camera battle, but you may want the Honor’s 4K video. The Honor is substantially cheaper making things extra difficult.

The P20 lite has a weaker chip than the Mate 20 lite, and shorter battery life, but is even more affordable than the Honor Play. You’ll be sacrificing some of the camera prowess, but you’ll also be getting a more compact package.

Once you’ve got your Huawei‘s all sorted out, you should probably have a look at the Nokia 7 Plus. Its Snapdragon 660 is at least as powerful as the Mate 20 lite’s Kirin 710 and battery life is almost as good. It’s got a telephoto camera, however, and can also record 4K video, which the Mate doesn’t. The Android One on the Nokia will please purists and the slightly lower price will please… well, everyone.

Another in a list of more affordable alternatives, the Samsung Galaxy A6+ (2018) will give you a better display and even longer battery life, but a significantly slower chip and a microUSB port (what year is it?).

No such issues with the Mi 8 SE, whose Snapdragon 710 outperforms the Kirin 710 in the Mate 20 lite, and it can do the number crunching for 4K recording too. Battery life is in the Mate’s favor overall, though not by much, and the Mi’s lack of a headphone jack is a bummer, especially in this class.

The Xperia XA2 Plus has all the right ports and jacks, so no advantage over the Mate on this front. It does match it in battery life, and sells for almost the same money, but is lacking depth cams on either side. Its otherwise not as potent Snapdragon 630 can record 4K video nonetheless.

Having the flagship’s name is good and all, but Huawei‘s priced the Mate 20 lite without accounting for the ‘lite’ bit too much, and we’re not liking the numbers. It’s a good overall package, with excellent battery life, decent display and good image quality from its two (real) cameras. But other phones offer those too, some even outperform the Mate in key areas, and often at a lower price. Carrier subsidies could sway things in any direction, but at full retail (north of €400)р we find the Mate 20 tough to recommend.