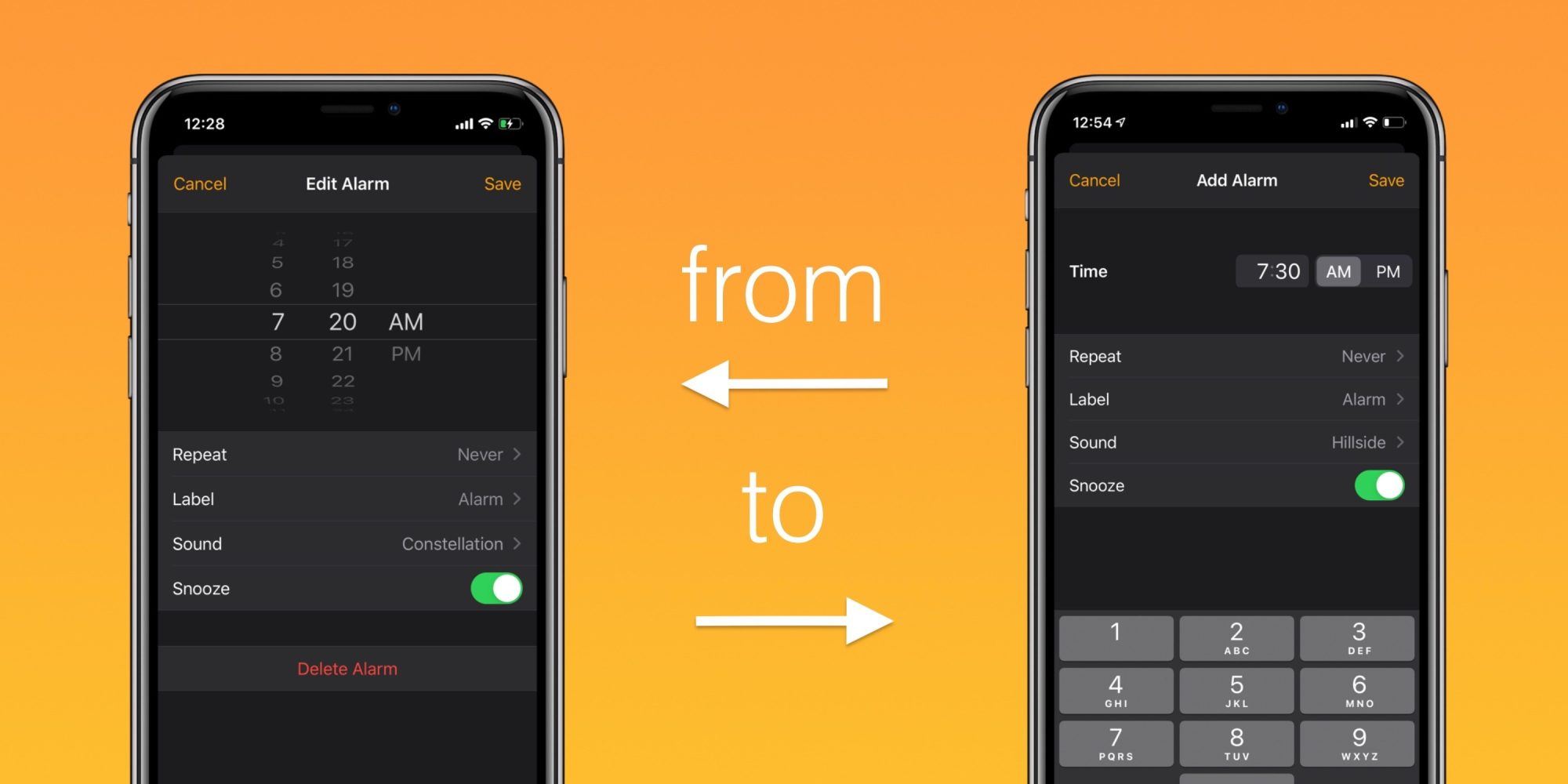 Among the more modest tweaks to the iPhone’s UI with iOS 14 is a redesigned Clock app. While it is nice to see the rotating dial replaced with a more efficient number pad, there are some confusing aspects to the new interface. Read along for how to use the new iPhone alarms in iOS 14 and where the Bedtime tab has moved.

The Clock app on iPhone with iOS 14 is simpler in some ways but also a bit counterintuitive in others. Below we’ll look at how to best use iPhone alarms as well where the Bedtime tab now lives and more.

Note: iOS 14 and iPadOS 14 are available as free public betas as well as developer betas for iPhone and iPad.

How to use new iPhone alarms in iOS 14

Here’s how the new UI looks and works with some more details and tips:

After you tap to add a new alarm or edit an existing one, make sure to start with the on-screen number keypad at the bottom.

Don’t forget to check the AM/PM toggle. Unfortunately, it defaults to whatever the current time is. So if you’re adding or editing alarms 12 PM or later, make sure to switch it to AM for morning alarms.

What happens when you tap the orange time

The new UI becomes confusing if you start by tapping the orange alarm time at the top of the edit/new alarm screen as it selects just the hour to be editable or just the minutes as shown below. That leads to a counterintuitive and clunky experience.

Here’s what it looks like to edit your sleep schedule in iOS 14: