Samsung’s new fast wireless charger has a fan inside

The Galaxy S6 edge+ and the Galaxy Note 5 are the industry’s first smartphones to feature fast wireless charging, a feature that lets the phones go from 0 to 100 percent battery in 120 minutes. That’s much faster than normal wireless charging that can take anywhere from three hours and more to charge a 3,000 mAh battery, but it requires Samsung’s special Fast Charge wireless charger to work.

The folks over at Android Police have made an interesting discovery about this new charger. The grilles at the bottom of the charger aren’t just for design, but are present because there’s a fan inside for dissipating heat. Qi wireless charging (Samsung’s devices support the PMA wireless standard as well) can increase the temperature of both the charger and the device being charged on non-fast charging, and it seems Samsung’s faster version of the technology gets a bit too hot to work well with passive cooling.

It’s an interesting thing Samsung is doing here, and it is another (small) example of how the company is taking wireless charging technology seriously. Of course, we still think these phones should be having larger batteries inside, but at least fast charging these devices without wires won’t be blowing anything up. 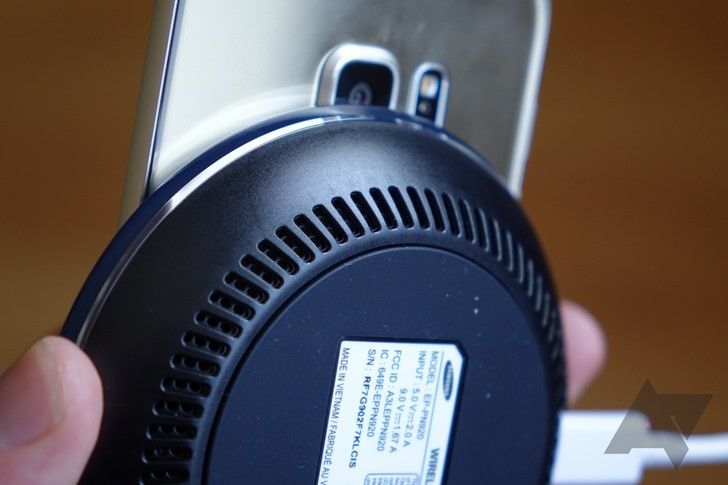