It could be part of the Game Mode we heard about

This year’s Android 12 update is shaping up to be Google’s biggest release in years, judging by all the cool new features we’re finding. Earlier today, XDA Recognized Developer and friend of the site Quinny899 gave us our first look at Android 12’s hidden Conversation widget, but that’s not the only feature he enabled. Thanks to some reverse engineering, he managed to get Google’s hidden Gaming Dashboard feature working. It’s currently extremely barebones and only has a floating toolbar with two non-functional buttons, but it’s our first look at yet another unreleased Android 12 feature.

As you can see in the screenshot below, two icons are overlaid on top of the screen: A record icon and a controller icon.

According to the code for Gaming Dashboard contained within Android 12’s SystemUI, the record button simply starts a screen recording session. That’ll be useful when you want to record your screen without interrupting gameplay by pulling down the Quick Settings panel. As for the button with the controller icon, we don’t know what it’ll do because it doesn’t work and there’s no obvious functionality tied to it in the code.

The Gaming Dashboard classes are part of the com.google.android.systemui namespace rather than com.android.systemui, which suggests this feature may be Pixel-exclusive. However, many OEMs already have their own Gaming Mode features, and there’s nothing about this version that stands out right now. Before the first Developer Preview dropped, we learned that Google is working on a game mode for Android 12. We don’t know if this new Gaming Dashboard and the Game Mode we heard of are one and the same, or if the former is simply a feature built on top of the new GameManager service. We’ll probably learn more information from subsequent Android 12 Developer Previews, though. 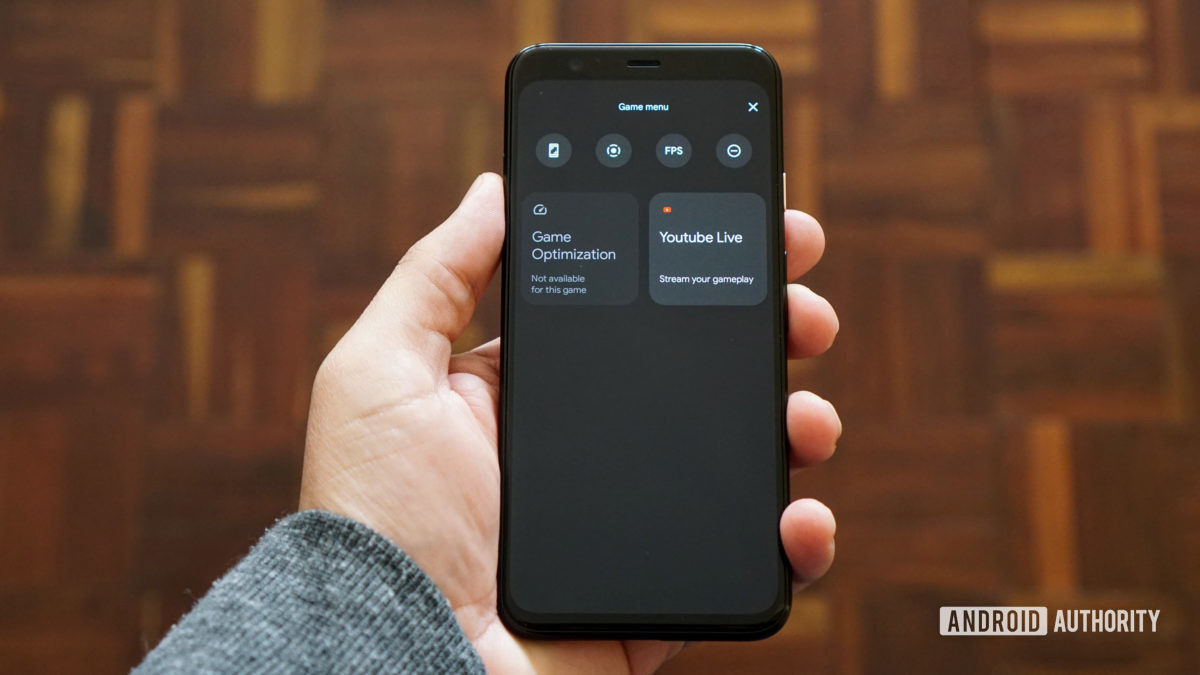 We first heard murmurings in February that Android 12 could support a game mode, following in the footsteps of a ton of OEMs that already offer this feature. Now, it looks like the Android 12 beta does indeed have a game mode hidden away.

Redditor Kilarasx discovered the game mode by tapping Settings > Digital Wellbeing > Do Not Disturb > Schedules. Alongside the expected “sleep” and “event” schedules for Do Not Disturb functionality, there’s a “Game Mode” schedule. We were able to find this on our Pixel 4 running the Android 12 beta — check out the screenshots below and the featured image above.

It looks like this is near-identical to the menu found by XDA with the third Android developer preview. Tapping the gear icon takes you to the game mode menu (image on the right), showing six options in total. The four options at the top are taking a screenshot, recording the screen, presumably viewing the frames per second, and activating/deactivating Do Not Disturb.

All these options bar the FPS toggle seem to work right now, with the screen recorder tool also letting you choose the audio you’d like to record (microphone, device audio, or both) and whether you want touches to be displayed.

Meanwhile, the bottom two options allow you to optimize the game you’re currently playing or stream your session via YouTube Live. The former doesn’t appear to work right now, and I didn’t meet YouTube’s requirements for mobile live streaming.

Presumably you won’t have to dig to find the game mode in the final version of Android 12, as this would be a very inconvenient departure from manufacturer implementations. Many manufacturers automatically display a game mode/tools via a small screen overlay, floating toolbar, or in the notification shade when you’re playing a game.

XDA-Developers previously posted an early Android 12 screenshot showing a floating toolbar for games, so it seems like Google is/was thinking about a similar approach as OEMs.