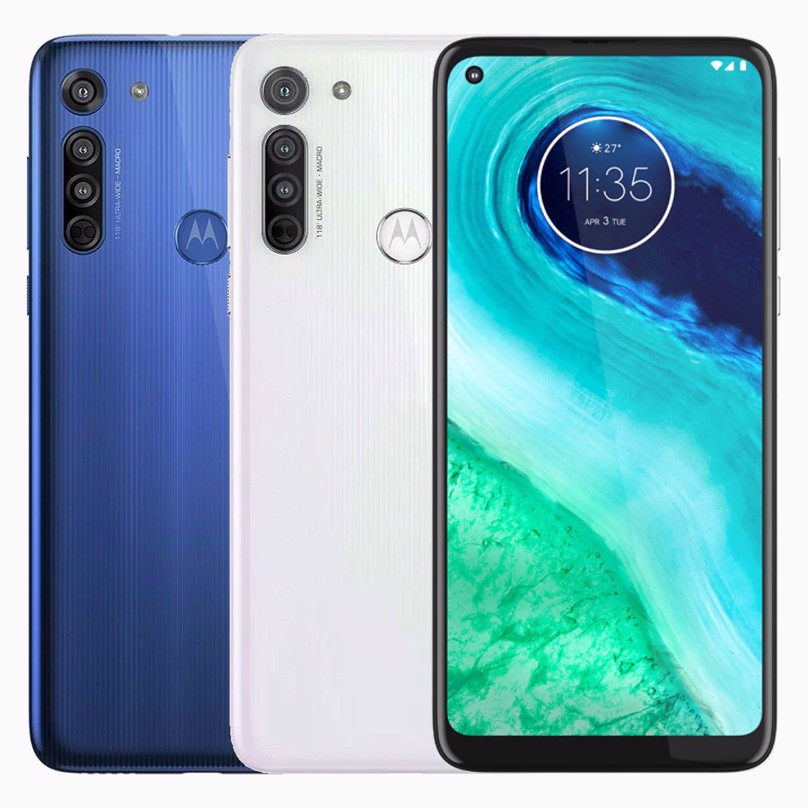 The Moto G series has become a staple of the affordable phone market, and Motorola has managed to make an even cheaper than normal base device for 2020 in the form of the Moto G8.

It doesn’t have as much of a specs jump as new numbered models usually do (and in some ways it’s even a step down), but instead the company is aiming to give you the most bang for your buck in the Moto G8, and it mostly achieves that.

You shouldn’t expect a handset that is going to amaze you, but considering how low the price is you shouldn’t be disappointed by what’s on offer either.

The Moto G8’s design feels premium for the type of device we’re talking about, and it has a big display (although the resolution isn’t as good as we’d like).

The battery meanwhile will last you for a full day even with extensive usage, and if you’re not going to be using the phone much each day you should find that it can last even longer. It’s slow to charge, but the 4,000mAh cell performs well.

The camera can hold its own too. There are three elements – a 16MP main shooter, an 8MP ultra-wide one, and a 2MP macro one, with the former two allowing you to take some impressive shots considering the price of the device.

And that’s what it all comes down to; the price of the Moto G8 is – as noted above – even cheaper than the last few generations of Moto G phones. That in itself is impressive, and while you may be missing a few specs that some will be desperate for, this is a perfect cheap phone for others.

The Moto G8’s release has been complicated as the company unveiled a variety of handsets in the range at different times. The standard Moto G8 was unveiled in March 2020, and it went on sale in Europe soon after that.

The phone costs £179.99 / AU$329 (about $220) but it isn’t coming to the US (though you can buy the Moto G Power and Moto G Stylus there, both of which are part of the same range). Exactly why Motorola chose not to bring the G8 to this market is currently unclear.

There’s only one variant of the Moto G8 that you can buy, and it comes with 64GB of space and 4GB of RAM. It’s remarkably cheaper than the Moto G7 that launched at $299 / £239 / AU$399 but it’s important to note that the spec is a little lower here in some regards.

For example, the screen tech on the Moto G8 is a little weaker when compared to the Moto G7.

This is an affordable phone, and if you consider that when handling it then you’ll likely be pleasantly surprised with how the Moto G8 feels in the hand.

It has a plastic frame and rear, so it isn’t going to feel as svelte in your hands as a modern day flagship phone like the Motorola Edge Plus does.

If you’ve got smaller hands, you may not appreciate how large this phone is. It comes with dimensions of 161.3 x 75.8 x 9mm, making it a larger device than a lot of other cheap phones, which could make it a struggle for some to hold.

That said, we enjoyed the size of the device as it allows for a substantial screen (which we’ll dive into more in a moment) as well as a large battery inside.

You need a cheap phone

For the price, the Moto G8 is a fantastic choice. You will miss out on a few features that you get on the Moto G8 Plus and some other budget phones, but some won’t mind missing these considering the Moto G8 is less than £200 / AU$350.

The Moto G8 Power is the phone that will impress you when it comes to battery life, but this device is also capable of lasting for two days with light usage and should certainly last you a full day even if you’re using your phone a lot.

You want a 3.5mm headphone jack

A lot of top-end devices like the Samsung Galaxy S20 and iPhone 11 series have dropped this legacy technology. Having a 3.5mm headphone jack means you’re still able to listen to music on a wired headset with ease on the Moto G8.

You want a beautiful display

The 720 x 1560 display on the Moto G8 is noticeably lacking when compared to rival devices that tend to have Full HD panels. If you’re looking for a phone that will display videos in all their glory, this isn’t going to be it.

You need a powerful rear camera

This isn’t going to blow your mind with its camera, but it’s suitable for the average person that is looking for an affordable phone. Just don’t expect this to take beautiful photos that floor your friends and family when they’re uploaded to Instagram.

You want to be able to make mobile payments

As we’ve said, the Moto G8 lacks NFC so it isn’t capable of using Google Pay. That isn’t a feature that everyone needs, but it’s something worth noting if you’re considering the Moto G8 for your next smartphone.