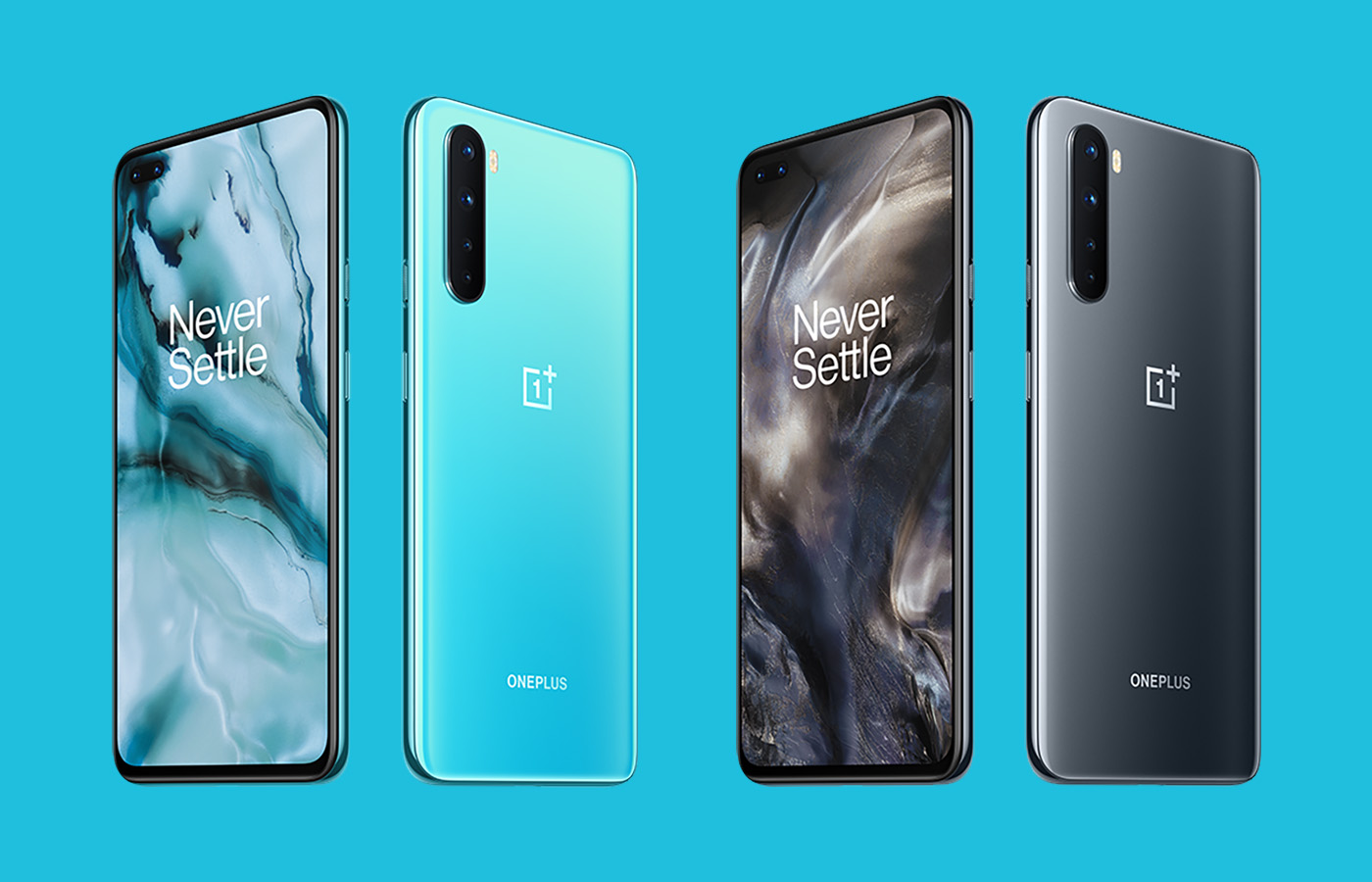 The OnePlus Nord is kind of a big deal. Or, at least, that’s what OnePlus has been working hard to convey. The PR “hype machine” has been working over-time and the results are definitely showing. For better or worse, everybody seems to be discussing the Nord and a lot is actually riding on its success as a result.

Going off of the company’s own commercial message, the OnePlus Nord is intended to mark a new beginning, a bold start of a whole family of Nord devices. Another stab at the mid-range market and an attempt to break ground where the OnePlus X failed. And when the makers of the original “flagship killer” phone, the masters of guerilla marketing, the proverbial “underdogs” from a wilder, past Android realm start saying such things, people tend to listen and then expect nothing short of a market splash.

It’s frankly hard to think of a harder and tighter position to put one single phone in on today’s cutthroat mobile scene. And the most baffling bit is that OnePlus singlehandedly self-engineered the entire predicament. Sure, if anyone has the resources, market standing production and supply chain to pull-off a new “messiah” phone, it has to be the mighty BBK corporation. And in all fairness, the OnePlus Nord is a solid and well-rounded product. It’s important to get that on the record right away.

It’s just that “good” or even “great” was never going to be enough to stop this particular hype train. Now the OnePlus Nord finds itself in a rather unfortunate, even if entirely predictable situation. Ever since it has hit shelves, the reception has been universally lukewarm. A big chunk of that response has been coming off as emotional, more than anything else. You’ll get none of that on the following pages, since the Nord deserves an evaluation on equal grounds, just like any other device we take a deep dive into. 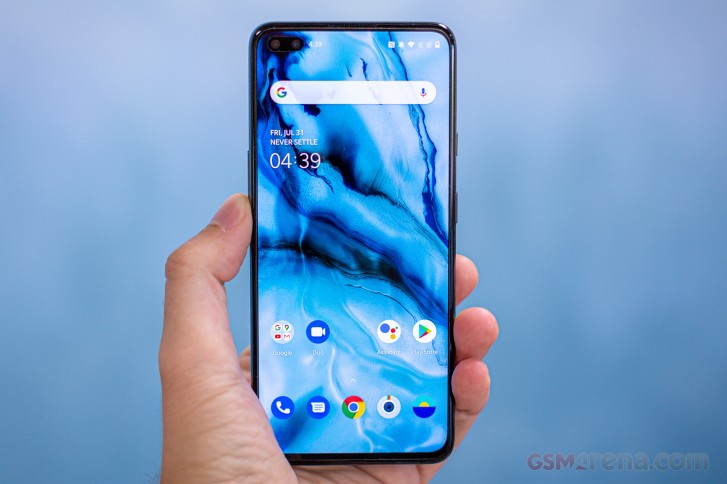 That being said, the Nord, or rather OnePlus, won’t be getting a pass on some of its polarizing decisions in recent devices. Objective things, like the persistent absence of a telephoto camera, which still has fans harking back to the OnePlus 7T and a broader debate on the changing nature of a “value” that the brand and the 2020 mobile industry, as a whole, are now offering.

Presentation is vital if you are building a proper brand image. Ever since its early viral-marketing days, OnePlus has been among the best in the entire Android realm at selling ideas and feeling. A lifestyle brand, if you will. At least in some sense. Hence, it comes as no surprise that the Nord has its own, distinctive twist on the OnePlus look. Teal or aquamarine, depending on how much light is present, are the new accent colors. At least, going by the sturdy, two-piece box on the OnePlus Nord, as well as the accompanying “welcome letter”. Like we said, OnePlus knows its way around designing a lifestyle brand. 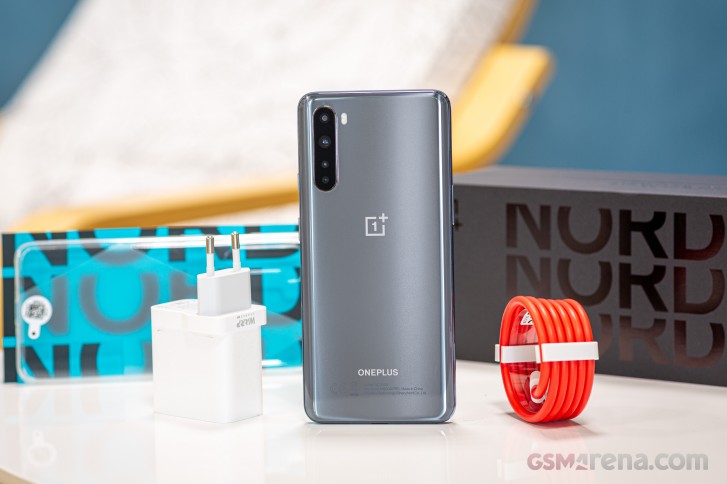 The thick rubber USB Type-A to Type-C charging cable in the box is still colored in the familiar bright red. Aquamarine on the cable would have really shown some extra care and attention to detail. The 30W wall charger is the same as on other OnePlus phones.

Cost-effective is not the worst thing to be accused of, though, especially since we can’t outright say OnePlus was stingy with the accessory bundle. You also get a nice and thick, frosted-look silicone case in the box. Complete with a rather odd geometrical pattern on the back. The latter is probably meant to mimic a compass arrow, which is the original inspiration for the Nord name. The only notable omission, in our mind, is a USB Type-C to 3.5mm dongle, since the Nord lacks a 3.5mm jack.

There are plenty of Nord alternatives in the incredibly saturated midranger market, regardless whether you are keen on getting 5G connectivity.

Since the entire segment is all about delivering just the right value formula, it is really tough to suggest any “overall better” alternative to the Nord. It all depends on your personal priorities. The closest you can actually get to the Nord, while getting a quantifiably better experience in many respects is the OnePlus 7T. The 7T offers the coveted 12MP telephoto, stereo speakers, a sturdier aluminum build, and what is a comparable or better Snapdragon 855+ chipset. You do have to live with certain compromises, though. Chief among which – the older hardware without 5G and slightly weaker battery. Plus, despite its age, the OnePlus 7T still sells for slightly more than the OnePlus Nord. 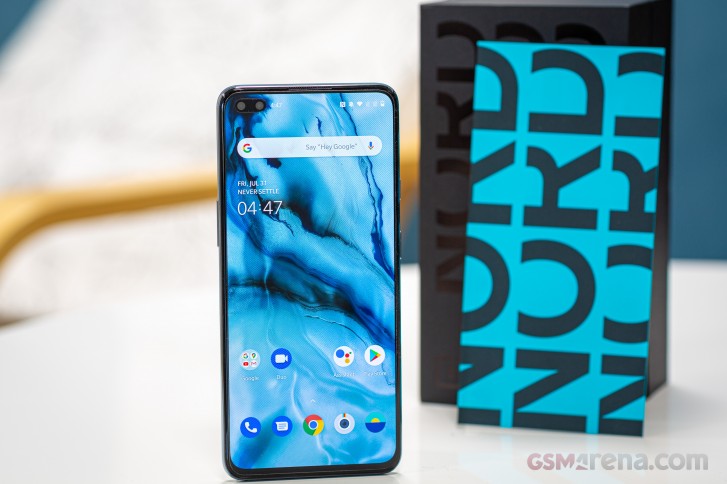 If Oxygen OS is high up on your priorities list, you have to look at the OnePlus lineup. If, however, you are willing to concede to a simpler, but even cleaner AOSP experience, the new Google Pixel 4a comes to mind. You will definitely be sacrificing on raw hardware specs, compared to the Nord, though. In some cases, quite severely, since the Pixel 4a only has a single main camera. Sadly, the more-capable Pixel 4 and 4XL are out of budget. Not to mention the fact that Google appears to be discontinuing them on many markets.

Motorola deserves an honorable mention when discussing vanilla and close-to vanilla Android. Both the Moto G 5G Plus and the One Fusion+, competing in the same price segment as the Nord come with compromises, like LCD displays.

It would be shortsighted not to look at the rest of the BBK Electronics collective lineup for alternatives to the Nord too. The Realme X3 SuperZoom stands out immediately, because of its actual periscope telephoto camera. But it is a bit older now, with its Snapdragon 855+ chipset and has an LCD panel. Making the list instead, will be the Oppo Reno3 Pro. Technically, not the latest in the Reno line, either, but arguably better value than its successors. The device turnover in Oppo’s ranks has been crazy lately.

In competitor Xiaomi’s ranks, we can instantly spot the Poco F2 Pro, which is a amazing value device, sporting an actual flagship Snapdragon 865 chipset. Technically, it costs about as much as the OnePlus Nord too, but it is far from globally available and kind of hard to get. Making the list in its place, we have the Xiaomi Mi Note 10. It bumps the chipset down to a mid-range Snapdragon 730G, but its amazingly-versatile camera setup more than makes up for that in the overall value calculation. 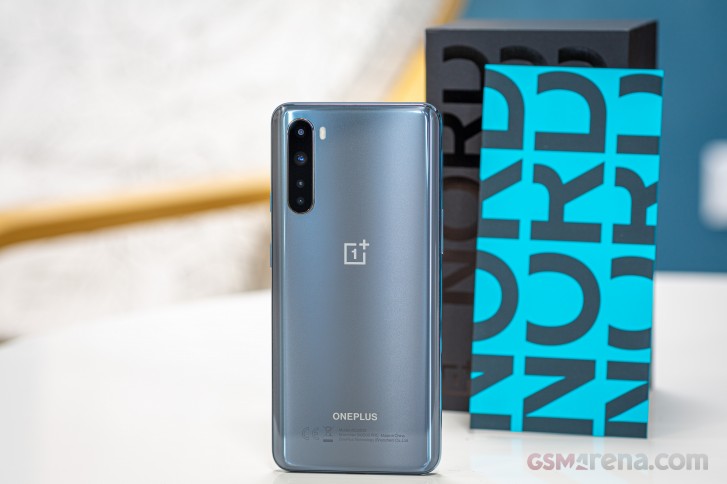 Last, but not least, as a more “name-brand” alternative, Samsung will more than readily sell you the Galaxy A71, for right around the same price as the Nord. OneUI, among other things, makes for a significantly different Android experience though. If 5G is high on your wish list, you can look at the Galaxy A51 5G instead.

The OnePlus Nord is a solid 5G-enabled mid-range offer. One combining a well-balanced specs sheet, with the excellent, class-leading experience of Oxygen OS. Thanks to thoughtful engineering and a large infusion of familiar OnePlus DNA, the Nord manages to transcend the simple label of just another BBK Electronics rebranded device. BBK owns and ensures healthy technology sharing among its subsidiaries Oppo, vivo, Realme and OnePlus but after all is said and done, each company runs its own phone business in a different way.

The Nord was introduced with a lot of fanfare, alongside bold promises to usher in a new beginning for the Android midrange niche. A great PR move, on paper, but one that put the Nord under a lot of heat and with frankly unrealistic expectations. After all, it’s OnePlus and you can’t blame fans for extrapolating that, just like the original “flagship killer”, the new one should at least have the dedicated telephoto camera from the OnePlus 7T, a headphone jack, a metal frame. And that’s just the more reasonable demands and complaints being tossed around and severely scrutinized. 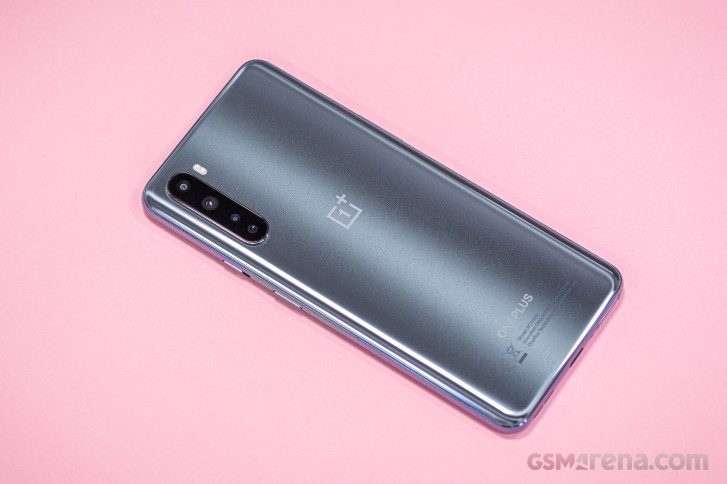 Despite OnePlus efforts to make the device stand out, the Nord is, at its core, only a midrange device. As such, it has to play by the same market rules as everybody else in the midrange. The 2020 smartphone scene doesn’t leave a lot of room for a “flagship” killer, in the original OnePlus One sense. Even the mighty and vast BBK can’t include true flagship specs in the Nord, while also preserving its EUR 400 MSPR while funding a massive advertising campaign.

What it can and has successfully done with the Nord, though, is to give it the proper OnePlus treatment, through and through. For many prospective buyers, that’s going to be enough of an added value to choose the Nord over a slightly better-spec’d, but less prominent and refined alternative.