The Samsung Galaxy Note 6 is destined to become more powerful than the flagship smartphone, Samsung Galaxy S7 and S7 Edge. Like the Note 5 being bulkier in specs than the older S6. The common denominator – more RAM. 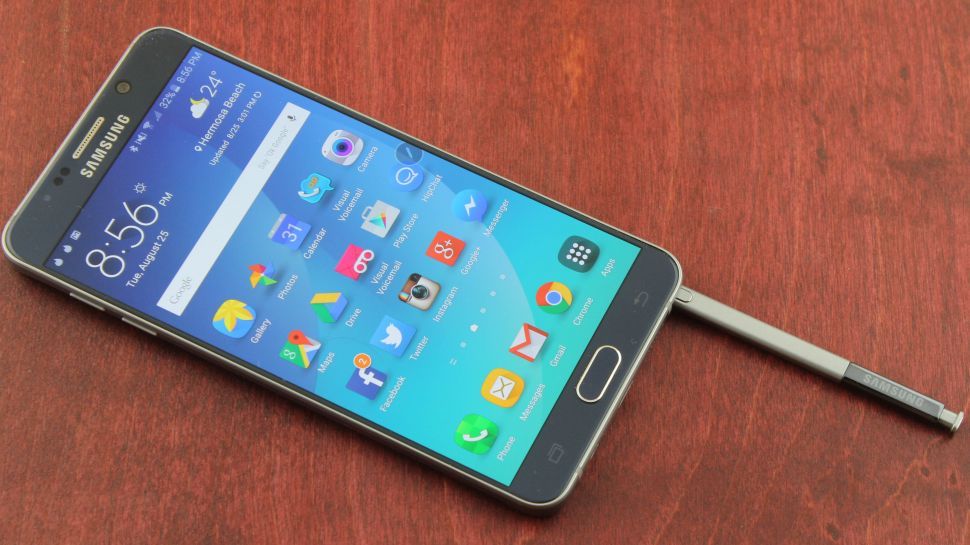 The South Korean smartphone giant, Samsung, announced at a Mobile Solutions Forum in China about its 6Gb DRAM chip. Although some phone models like the LeEco Le Max 2 already have bigger memory, Samsung’s architecture surrounds the 10nm form factor of the DRAM chip. This means it’s more efficient than most of its competitors.

Despite of this news and announcement, the magic 6Gb of DRAM will not necessarily come to the Galaxy Note 6. However, there’s a good chance that it will. Just take the Galaxy Note 5 being more powerful than it’s smartphone counterpart, the Samsung Galaxy S6. The Galaxy S7 and S7 Edge have 4Gb of RAM, this announcement is timely for the Note 6’s announcement on mid-August.

If this proves to be true, as what the rumors says, then the next Note would have a 5.8-inch QHD screen, a 2.6GHz quad-core Snapdragon 823 processor and a massive 4200mAh battery. This means if you find the Galaxy S7 still lacks the power that you need out of it, then the phablet cousin could be the one for you.

10 Reasons Why You Should Have A Samsung Galaxy Note 6

Rumors and leaks are all over the place right now for the king of the “phablets”, the Samsung Galaxy Note 6. It would take a lot of fire power and upgrades to replace the formidable Note 5 on its flagship status. Now is the time to know the reasons why you should have the new Samsung Galaxy Note 6 when it hits the stores.

The new Samsung Galaxy Note 6 is to be released soon, how good will it be?

Yes, rumors has it that maybe the Samsung Galaxy Note 6 would be released as early as July than August, the usual Note release date.

Micro USB has been a staple connector interface for the past Notes but the Samsung Galaxy Note 6 is said to be featured with a USB Type-C for wired charging and other device interactions.

Six (6) gigabytes of RAM or random access memory. In layman’s terms, this improves overall responsiveness and performance of the Samsung Galaxy Note 6. A usual tablet only have 4, so think about how good this is.

Samsung implemented a QHD or quad high definition display to the Samsung Galaxy Note 6. The resolution would be 2560×1440 on a 5.8 display. It just keeps getting better.

Dual pixel technology still is amazing in its full implementation on the latest S7 and S7 Edge, but it is rumored that the new Samsung Galaxy Note 6 would have the same feature with “super optical image stabilization plus”. Smooth video capture and fast autofocus.

Bigger means better so under its Quad HD display and faster processor is a rumored monstrous 3500 mAh to 4000 mAh non-removable battery.

Samsung Galaxy Note 6 is leaked to be ditching the 16Gb and 32Gb storage options. New choices that remains are the 64Gb and 128Gb variants.

This software is said to be like the Blackberry Hub which consolidates your social, email, and text notifications in one location. Samsung wants it to be business centered and a seamless integration of all feeds for convenience.

Leaks are leading between Snapdragon 820 or 823, the same with the Galaxy S7, but Samsung Galaxy Note 6 will have an overclocked version. Another possibility is it will have Samsung’s own chipset. We’ll see.

Let the Sydney CBD Repair Centre Team help you! We specialize in Screen Replacement services.
Click Here to Contact Us

You are welcome to drop by our shop! Set an appointment, get discounts and so much more!
Click Here to Locate Sydney CBD Repair Centre

Exclusive: Galaxy Note 6 will be IP68 water resistant, might come with iris scanner

As the Galaxy Note 6 rumor mill slowly picks up pace, some new interesting features of the device have surfaced. We can exclusively confirm the body will be IP68 certified, just like the Galaxy S7. Also, strong hints have surfaced an iris scanner might be part of the water-resistant package.

We have received information that confirms the Galaxy Note 6 will be as water resistant as the Galaxy S7. The IP68 certified body should then be able to withstand submersion in one and a half meters of water during half an hour. This would make the Note 6 Samsung’s first true water and dust resistant phablet, though the 5.5-inch Galaxy S7 edge also features a similar body.

Furthermore, GalaxyClub has discovered that Samsung has imported an ‘iris cam’ into India for the usual R&D activities. Though details are scarce, the part is explicitly labelled ‘Samsung Mobile’. Of course, the Galaxy Note 6 is not mentioned anywhere, but as the next flagship to be launched, it is the prime candidate to feature an iris scanner.

Previously, we heard rumors about the Galaxy Note 6 having a 5.8-inch display and possibly even 6GB of RAM. Whether it ships with Android N on board remains to be seen, but it does seem as if the device will mark the return of the Note series to a Galaxy Note 5-deprived Europe.

As usual with information like this, keep in mind the actual launch of the Note 6 is still some time away. Final details could change before Samsung reveals it, whether that happens in June, as some analysts predict, or later in the year following a more traditional schedule.