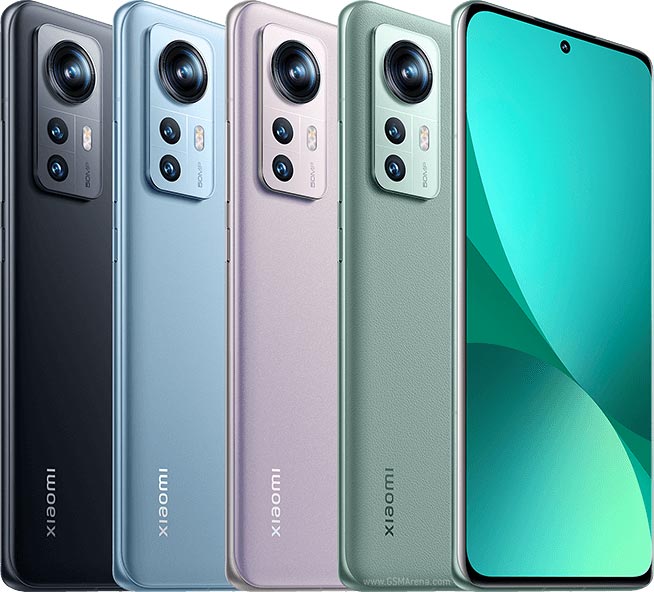 Available in China since last December, the Xiaomi 12 Series just got its launch outside of China. The global variant of the range-topping Xiaomi 12 Pro has been keeping us company for a while now and here it is in its full glory.

And Xiaomi does take its portfolio ranking seriously. While the Xiaomi 12 Pro does come with a competent trio of 50MP cameras (a new main one, an ultrawide, and a short tele), it stops short of offering the biggest and best in the imaging department – clearly not an Ultra this one.

It’s got the latest top-end Snapdragon at the helm, as is the norm, and it features an LTPO OLED display from Samsung that is all sorts of great. Charging should be class-leading thanks to the 120W support, which is a most welcome sight given the relatively modest battery capacity for the high-end hardware.

You can read some hand-picked numbers and features below. Don’t miss the infrared emitter that Xiaomi keeps fitting on its handsets in 2022, much to the delight of owners of legacy non-connected tech.

Xiaomi 12 Pro specs at a glance:

High-end Xiaomi Pros and Ultras get special treatment when it comes to packaging and are shipped in black boxes as opposed to the white livery of lesser models.

The inside of the thick cardboard box greets you with a sleeve that holds a clear silicone case – not the most premium protection option, but you can’t argue with a free case. It’s hard to complain about a bundled 120W adapter either, but we’re pros at complaining, so we can’t help but mention that it’s way too heavy and bulky to leave the house. There’s also a USB-A-to-C cable to go with it, and you’ll need both proprietary peripherals to get the fastest charging speeds.

The global model of the Xiaomi 12 Pro, which we have here, has a starting price of €1000 for an 8GB/256GB version, and that’s steep enough to put it in a tight spot.

A similarly specced Galaxy S22+ will set you back €1100 nominally, but buyback schemes or carrier subsidies can dramatically change that number. But even at MSRP, the Galaxy can defend the modest 10% premium, plus you could shave €50 off of its price if you go for the 128GB version (we wouldn’t, though).

The S22+ will get you an IP68 rating and significantly longer battery life, and these two alone are worth the extra spending, we reckon. Other small advantages like the slightly brighter display and barely longer tele camera contribute just a little, and OneUI may very well have gotten better than MIUI (plus it has the Android 12 novelties).

The Xiaomi 12 Pro has a couple of things going for it, like the blazing fast charging (let’s not get into Samsung’s fast charging attempts), which can potentially be a habit-changing feature. Ther also the infrared emitter, but that’s about as niche a differentiator as they come.

An iPhone 13 Pro can be had for €1150 for a base 128GB storage configuration, and that too serves you a similar trade-off – you pay a higher price for dust and water protection, longer battery life, and a slightly brighter display and more zoom reach. The iPhone has another advantage in that its ultrawide has autofocusing capability. The ecosystem divide stands, of course. There’s also a size argument here, and the Xiaomi‘s larger display area will be an advantage to some while other mays prefer the more compact 13 Pro. Matching the Xiaomi’s screen size in the Apple world, on the other hand, would make the price difference a cool 25% and that’s a bit too much.

The Oppo Find X5 is conveniently priced at the Xiaomi 12 Pro’s level. We have yet to review that one, so we’re going with a specs-based comparison, and there isn’t a clear winner. The Xiaomi appears to have the better display, and it does win with its next-gen chipset (overheating as it may be), but the Oppo has a way more interesting ultrawide camera (larger sensor, AF), and potential for superior battery life (without lagging that far behind in terms of charging).

Another option comes from Huawei, with its own pros and cons. The P50 Pro is the only one here to offer memory expansion, and it matches the Xiaomi in having an IR blaster; plus it does carry an IP68 rating. The Huawei also has the longest telephoto of this bunch, its periscope standing at 3.5x zoom, plus its ultrawide has AF too. And that’s in addition to the handset’s dedicated monochrome camera. Overall, perhaps this is the photography enthusiast’s better option. They will have to settle for a Google-less experience, however, even worse battery life than on the Xiaomi and last year’s chipset (no 5G either).

The Xiaomi 12 Pro is not without its flaws. Perhaps most significant among those is the battery life, where key competitors have it beat. The lack of dust and water protection also raises eyebrows on a phone at this level. Top-tier chipsets tend to suffer under peak load, and so does the Snapdragon in the Xiaomi 12 Pro, but this one throttles especially aggressively. And for all its camera goodness, the missing autofocus on the ultrawide module and the relatively short reach of the tele limit its potential as a cameraphone.

Not everyone needs ultra-grade cameras, however, and the 12 Pro offers a respectable level of picture-taking capabilities, front and back, day and night. Small missteps in the video color science could perhaps be forgiven (also may be fixed over time). The 12 Pro has one of the best displays on this side of Galaxy flagship or an iPhone and, to help offset that less than praiseworthy battery longevity, it charges faster than almost any other phone on the market.

We understand that paying a little extra will get you more elsewhere, and we might argue that a more complete package at a price just a fraction higher would be the right way to go. However, paying as much as Xiaomi charges for this one comes with trade-offs that may or may not be justified depending on whom you ask. So while we wouldn’t straight up recommend the Xiaomi 12 Pro, we’d say it’s well worth considering – even more so if a discount of any sort comes its way at some point.