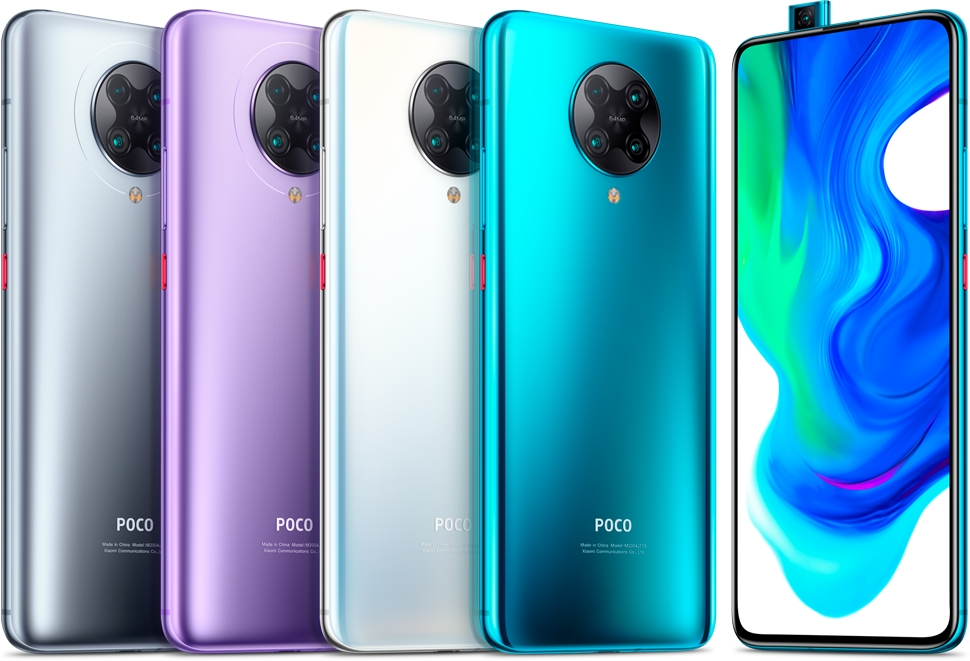 After the release of Pocophone, the successor named Poco F2 Pro is here , we called the Xiaomi Mi 9T Pro the spiritual successor of the Pocophone and it kind of filled that gap in the segment so we weren’t wrong. Especially seeing how the new Poco F2 Pro is mostly a re-branded Redmi K30 Pro (the previous version of the phone K20 Pro was also known as the Mi 9T Pro in some markets).

But enough about semantics. The real question is, does the Poco F2 Pro live up to the hype as its successor once did. Surely, there was some corner-cutting to allow the original Pocophone to be so competitively priced while this time around, the specs sheet of the F2 Pro doesn’t really give us that notion.

With a significantly higher price, the Poco F2 Pro has yet to prove its salt. It follows the same formula of arriving with the latest and greatest from Qualcomm, the Snapdragon 865 in this case, but the F2 Pro also adds a couple of welcomed improvements in key areas. The screen is now bigger, notch-less, and employs a crisp OLED panel. Additionally, the camera setup covers almost all of the focal lengths you’d want from a modern smartphone and the battery along with the charging have received some love this time around too.

And before we start pointing fingers, we would like to remind you that the prices of current flagships have risen in the past two years a lot. This gives the “flagship killer” segment some headroom to increase its pricing as well. That way, affordable flagships can offer true flagship experience, at least spec-wise, with a minimal price increase.

There’s also the 5G part. All Snapdragon 865-powered phones this year are more expensive, which probably has something to do with Qualcomm’s way of building and licensing all the parts and antennas for the 5G. That doesn’t take away the bang for the buck factor of the Poco F2 Pro as the phone is still much cheaper than the popular top-shelf smartphones and offers plenty of performance per dollar. But its pricing means its purchase is no longer a ‘no-brainer’ in stark contrast to the original Poco F1.

Let’s dive deeper to see what else the much-anticipated Poco F2 Pro has to offer.

The phone came in its original box containing the usual user manuals along with the compatible 30W wall charger and the USB-C to USB-A cable for charging and data transfer. There was also a transparent silicone case with slightly textured back for extra grip and a big cutout at the top for the 3.5mm jack and the pop-up camera.

Well, Xiaomi did it again. Two years after the release of the Poco F1, the company was still able to undercut the competition even with this significant price increase. The Poco F2 Pro will probably cost less in India than in Europe, but the point stands – this phone is still lighter on the budget compared to the alternatives powered by the Snapdragon 865 chip. It was able to find a sweet spot in the “flagship killer” price bracket. But there are still some phones worth considering that roam in the same territory.

The Realme X50 Pro 5G comes to mind as a potential alternative first. The handset might be a bit more expensive than the Poco F2 Pro at around €600 in Europe and a little less in India – INR 47,999 – but it’s the better phone overall. The overall camera experience with proper telephoto, the high-refresh rate display, and the faster charging might be worth your extra money.

Ultimately, the F2 Pro offers the same performance for less while having a better battery life as well. And besides, there’s nothing wrong with F2 Pro’s screen. If the cleaner, cutout-less design fits you better and the pop-up selfie camera still entertains you, it may even be the better buy.

If the Poco F2 Pro‘s price fits your budget but you can wiggle only a little, the OnePlus 7T could make a potential case for itself. Sure, it’s a last year’s device from, but the 7T is significantly cheaper now asking €529 in Europe, and it’s just INR 34,999 in India which is almost as low as the F2 Pro. The OnePlus 7T, however, will grant you a high-refresh-rate OLED screen (unfortunately, with a notch), a proper 2x telephoto camera, the same quality, if not better, macro shots and leaner, stock-ish OxygenOS, if you are into that sort of Androids. The 7T’s overall camera performance is better too.

The downside of this deal would be the shorter battery life and the older Snapdragon 855 chipset. But if you don’t have any immediate plans of switching to a 5G network carrier, last year’s flagship SoC would do just fine for at least a couple of years.

And in case the F2 Pro is really your upper limit price-wise, why not eyeball the Samsung Galaxy S10 Lite, too. The camera isn’t better, that’s for sure, but the battery life and screen quality are quite comparable. Also, Samsung might win you over with its One UI. With the European pricing, the S10 Lite is about €60-70 cheaper making an even bigger case for Samsung contender if you don’t mind the older chipset.

Finally, if you are an iPhone user or an Android fan looking for something fresh, the popular iPhone SE (2020) falls in the same price category. If you go with the specs sheet, the F2 Pro has won the match before it started – superior and brighter OLED display, much longer battery life, faster charging and more cameras covering more field of views. There are some things, however, that Apple does better. One of them is cameras. Even with one, the iPhone SE is a better shooter than the F2 Pro. And you do get that extra-long software support, so that’s a plus.

Don’t let the extensive list of alternative options above fool you – we are happy to recommend the Poco F2 Pro. It remains true to its flagship killer heritage – the same thing that made the Poco F1 famous. And despite the significant price increase, we think that Xiaomi has found a nice market niche for it.

There are some considerations, though. The camera experience has its flaws, and it’s far from polished. But when have the flagship killers offered flagship-grade camera performance?

The lack of a proper 2x telephoto is a misstep, as well as skipping the expandable storage, although you get a couple of rare commodities these days – a 3.5mm audio jack and full-screen design. The lack of a high refresh rate is a strange omission for a new €500+ phone coming out in mid-2020. Still, it’s an excellent screen – it gets super bright and brings HDR10+ support.

Battery life is remarkable, fast charging is at hand and the Poco Launcher just flies on this thing and it comes with numerous features that are hard to find all in one place.

So yes, overall, the Poco F2 Pro is an excellent all-rounder that’s worth every extra penny on top of its predecessors. Perhaps in a different way and perhaps for a different crowd, but it remains a ‘flagship killer’ nonetheless.