With Android 12 hitting AOSP at the start of the month, Google also released the latest Compatibility Definition Document (CDD). There are a handful of hardware and software changes that device makers have to abide by, but nothing too major.

With Android 12, Google introduced a “Performance class” standard that “defines a set of device capabilities that goes beyond Android’s baseline requirements.” This includes media, camera, and “generic” (memory, screen resolution/density).

It lets app developers determine which software features a phone or tablet is capable of running. For example, Performance class 12 (for the “highest performing devices”) could get the “most premium experience,” while class 11 would go down to “high quality experience” and everything else gets the base experience. Meanwhile, Performance classes are forward-compatible:

The Android 12 CDD says that Performance class 11 (R) and 12 (S) “must” at least have a 12MP rear camera that supports 4K at 30FPS video capture. The latter also requires a 5MP or higher front-facer (1080p at 30FPS), while the former needs at least 4MP. Both classes require a screen resolution of 1080p (with 400DPI) or greater and a minimum RAM requirement of 6GB. Sequential and random read/write are also specified: 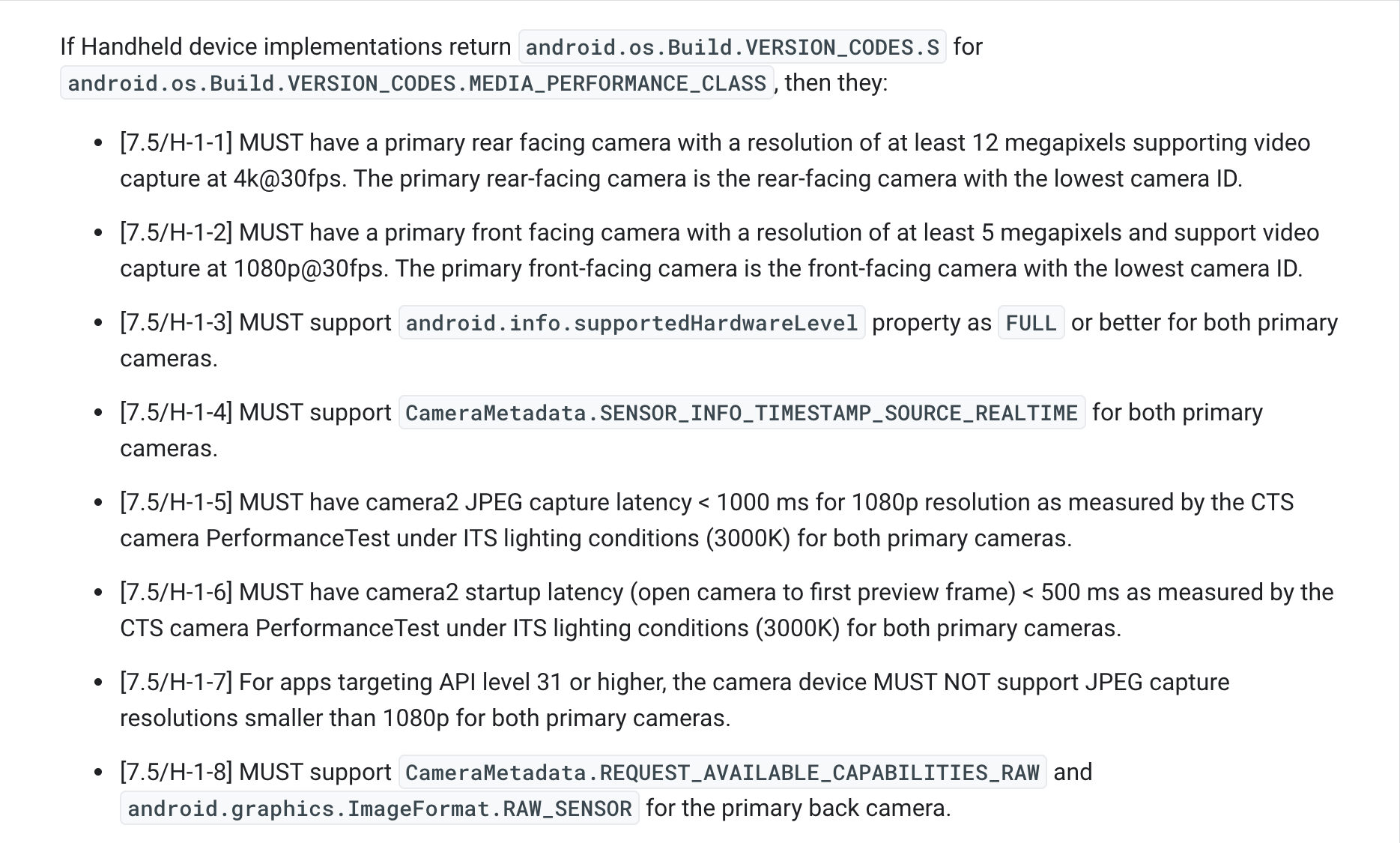 Meanwhile, OEMs must display the microphone and camera indicators when those two components are being used by apps, including system ones. Under “Unicode and Font,” Google added that device makers:

A “strong” recommendation has been added about making sure the touchable area of an under-display fingerprint sensor (UDFPS) does not interfere with 3-button navigation, which Google reminds that “some users might require for accessibility.”

The Android 12 CDD is available here (as a PDF).