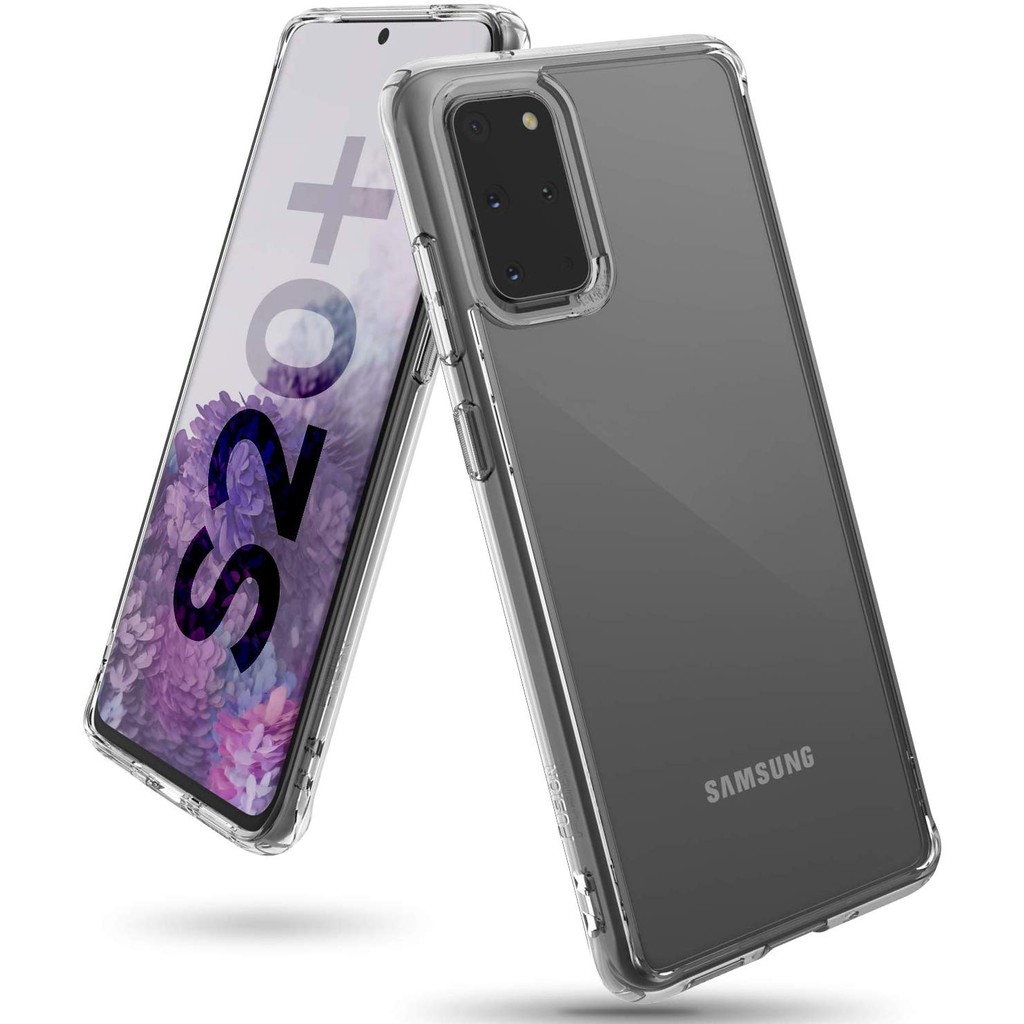 A recent trend we’re seeing with flagship phones is that they now come in threes. So whereas in the past a Plus model was the best of the litter, now it’s either a Max or in the case of the S20 – an Ultra. We already reviewed this one and now it’s time for the S20 Plus which is the middle option for a high-end Samsung in 2020.

Being a middle option, it misses out on the Ultra’s unique camera system and shares the same setup with the vanilla S20 – okay, the Plus adds a ToF module. Other than that small detail, the S20 Plus is essentially the same phone as the S20, only bigger.

Which isn’t a bad thing – if you’re a fan of large screens and find the S20 too small but the Ultra too expensive and camera focused, the Plus is here for you. At 6.7 inches in diagonal, it’s closer in size to the ultimate flagship than it is to what could be called the ‘compact’ 6.2-inch S20.

With the bigger display, a bump in battery capacity is another difference in the S20 Plus vs. S20 specsheets – not many of these, but the ones that are there matter.

Here’s a quick refresher on the hardware and some of the key features of the S20 Plus before we move on.

As is commonly the case, we’re reviewing the Exynos version of the Galaxy S20 Plus. It’s also in 4G-only spec – a 5G-capable variant is also available, but since we don’t have access to a 5G network anyway, it makes little difference to us and to the findings in this review.

The Galaxy S20 Plus comes in the standard Samsung flagship-grade packaging. That means a sturdy black box with not much in terms of frills. There is a bold S20, spilling over to the sides if that counts as an accent.

What certainly counts are the contents. You get a 25W charger that is USB PowerDelivery compliant and a USB-C-to-C cable to go with it. A headset is also included and it too has a USB-C port – there’s no 3.5mm jack on this Samsung.

We were pleasantly surprised when we unboxed the Galaxy S20 Ultra to find a silicone protective case. Well, that’s not the case with the S20 Plus, as it wasn’t with the S20 proper – you’ll need to provide your own protection.

In this year’s Samsung high-end trio, the Ultra is the no-compromise option with a camera system unlike any other on the market. At the same time, the other two S20s downgrade to a different setup but keep virtually everything the same. In these new circumstances where it isn’t the absolute best, the S20 Plus has little more than sheer size going for it over the S20 so your choice boils down to screen size preference.

At some €100 more than the vanilla model, the Plus’s better battery life, and the larger display may well be worth it for the right audience. The Ultra, on the other hand, would require a significant stretch of your budget compared to the S20 Plus – some €300+ extra will buy you the ultimate camera setup, and… that’s about it. And €300 can get you an extra phone – a pretty good midranger at that.

Looking outside of the S20 family, it’s probably the iPhone 11 Pro Max that is the S20 Plus‘s immediate competitor. Of the things you can objectively compare between the two, the Galaxy has the better display, leads in the camera department, is more compact and lighter, and is less expensive by about 20% (in Europe and most of the world, but not in the US, where prices are mostly comparable). Going into the intangibles, the iPhone’s software experience and the ability to command a certain brand loyalty can overcome all of the above.

Two important new releases are due any day, which will likely increase the S20 plus‘s competitor count. One of these is the Huawei P40 Pro (maybe even Pro Premium) – it will be missing Google support, and that’s its major drawback from a western perspective, but you’re not reliant on the Google suite for one reason or another it could be a viable alternative. The other would-be rival is the OnePlus 8 Pro, which we’re expecting to feature similar hardware to the Galaxy S20 Plus but at a lower price.

Samsung‘s 2020 flagship roster seems easy to figure out. If you want the ultimate phone and money is no object, you go for the Galaxy S20 Ultra. If you’re looking to spend a more sensible amount of money and you can live with an excellent camera, yet knowing there’s a better one, the Galaxy S20 is your phone. The S20 Plus doesn’t appear to fit into any of these straightforward recommendations.

After a little extra consideration, the Plus can still make a compelling case for itself against the S20. The significantly larger display may be enough for the right customer, while carrier subsidies could shrink the price difference from the nominal $200/€100 to something more appealing. And as is usually the case, if you’re not in a hurry, you could wait for a month or two, and the prices are very likely to come down a little, perhaps the Plus more so than the