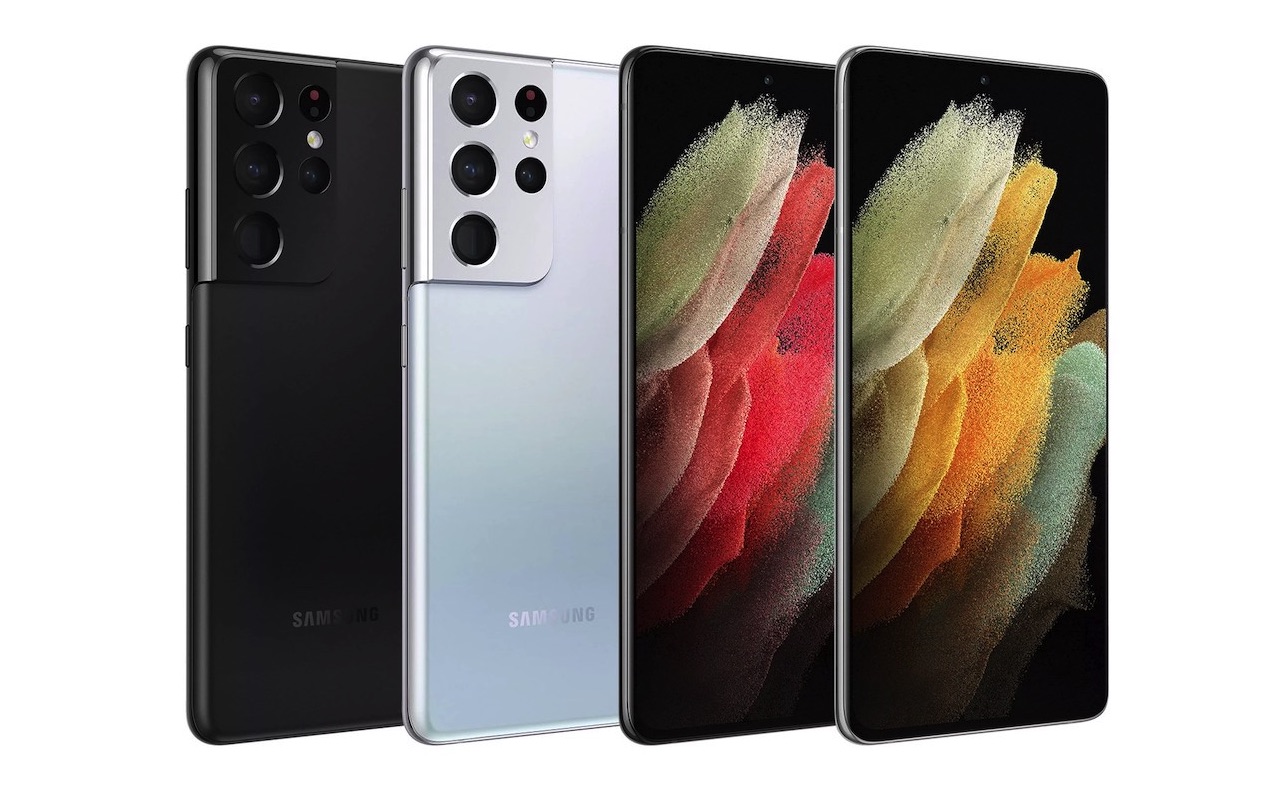 This year, the Galaxy S21 series came earlier than expected, and it brought a slew of changes. The Galaxy S21 and S21 Plus now feature lower-res OLEDs, no microSD expansion, and no chargers in the box. Meanwhile, the Galaxy S21 Ultra is what the original Ultra should have been – jam-packed with high-end features, no asterisks, no fine print. Still no charger, though.

The original S20 Ultra was supposed to be the greatest Galaxy to date, but it fell short of that. You could enjoy a 120Hz refresh rate, but only at a lower 1080p resolution. The telephoto camera was advertised as 5x, but it was, in fact, 4x, and let’s not even start with the Space Zoom. The ultrawide camera had a great sensor, but it couldn’t do macro shots due to the lack of autofocus. The battery was large, but battery life was poor. You get the point.

Well, the Galaxy S21 Ultra makes up for everything. It has a large 1440p screen with native 120Hz support, adaptive at that. It also brings two dedicated telephoto snappers – one for 3x and another one for 10x optical zoom. Its ultrawide camera does feature autofocus, which works for macro shots. The new Ultra also offers ultrawide-band support, and surprise, surprise, S-Pen support as well. This has to be the first non-Note Galaxy phone to offer that – one for the history books.

There is no S-Pen socket on the Galaxy S21 Ultra, and neither is there a bundled stylus. But you can use any S-Pen that’s been in circulation, as well as the newly announced S-Pen for S21 Ultra and the upcoming S-Pen Pro. Samsung has also opened the S-Pen to third-party companies that make Wacom-based styluses, so you can expect even more options in the upcoming months. Finally, you can store the stylus in your pocket or opt for some S21 Ultra cases with dedicated pen holders.

The Galaxy S21 Ultra is the only S21 model to come with a 1440p OLED screen, unlike the previous generation. And even better, it now supports 120Hz at that high resolution, so you don’t need to choose between high res and high refresh rate. This new Ultra screen also supports Adaptive Refresh Rate that can vary between 10Hz and 120Hz, just like the Note20 Ultra.

The latest Galaxy bears the latest chipset, of course. All international models use the new Exynos 2100 SoC by Samsung (like the one we are reviewing), while the USA and China will be getting devices running on the Snapdragon 888 instead. The RAM has been bumped to 12GB, and there is a limited 16GB model, too.

The camera has seen a welcome upgrade. The wide snappers remain relatively the same – a 108MP shooter with f/1.8 26mm lens and a 12MP cam with f/2.2 13mm optics, but now it features autofocus. The zoom system has been completely revamped, though – it now features two 10MP imagers, one for 3x optical zoom and another for 10x optical zoom via a 240mm periscopic lens.

This year isn’t off to a good start for the fans of the rich retail bundles, though. Like Apple and Xiaomi, Samsung has removed the chargers and headphones from the retail boxes and ships each Galaxy S21 only with a cable.

Let’s take a deep dive in the specs now.

The Note10 was the one to retire the 3.5mm jack, and now the Galaxy S21 is retiring the microSD slot. Samsung makes up for that with a minor price difference between the 128GB and the 256GB models – just €50. It’s up to you to decide whether this compensation is enough, though.

There are some omissions, too, this time – inside the retail box.

Well, well, well, how the tables have turned?! It was just last October when Samsung mocked Apple for not including chargers with the latest iPhones. And a mere two months later, Samsung was caught scrubbing these jabs off the internet in preparation for the launch of its own charger-less flagship.

It’s not the first time Samsung had done this, is it? We still remember how the audio jack mockeries disappeared overnight, foreshadowing the jack-less Galaxy Note 10.

So, the Galaxy S21 Ultra is the first Samsung phone to come without a charger or headphones. The maker joins Apple and Xiaomi in a quest to make the planet cleaner, and this ought to make a positive impact eventually. It just requires one small sacrifice from you, the user – you need to buy a USB-C charger if you don’t own one and keep it for the long haul.

The thin Galaxy S21 Ultra box contains a USB-C-to-C cable and the phone. That’s it.

The Galaxy S21 pre-orders do include various freebies such as a 25W charger, Galaxy Buds, and even a SmartTag, so you aren’t without options. Samsung switched to USB-C chargers since the Note10 and S20 generations, so the chance of you having one isn’t that big, and it’s a good thing you can now grab it for free.

Our Samsung Galaxy S21 Ultra also came with one very thin protector, almost invisible in fact, applied in the factory. It’s plastic and will be good only against scratches, but it’s still better than nothing.

The new Galaxy Ultra impresses with three key features, and it will be remembered for those novelties – the new 120Hz Quad HD OLED and its S-Pen support, and the versatile quad-camera on the back that relies on real optics instead of some hybrid trickery.

Yes, the Galaxy S21 Ultra is the all-powerful Galaxy right now, and that alone is enough to sell it. It’s the Ultra model – meaning there is no better phone on the market today. Indeed, there isn’t.

The Xiaomi Mi 11 Pro isn’t even official yet, Huawei is yet to unveil the P50, and we are yet to see recent Huawei devices with Google app integration. The OnePlus 9 is unannounced as well, while the next iPhones are far ahead in the future.

Speaking of iPhones, Samsung really outdid itself by dropping the charger immediately after Apple’s done it. It could have waited a year or announced it a year ahead to allow a transition period, but it’s Samsung – some things are done in the heat of the moment. Like saving the planet, for example.

And that’s the reason while the Apple iPhone 12 Pro Max comes as our first suggestion. The Max costs as much as the Ultra, and subjectively, it’s the prettier and supposedly sturdier device. The iPhone also impresses with performance and LiDAR scanner if you have the use of it, that is. The camera performance is somewhat on par with the Galaxy as far as primary and ultrawide shooters are concerned. The iPhone cannot match the zoom capabilities of the Ultra, plus it runs on iOS, so if you’ve invested in Android apps, there are two major deal-breakers right there.

Thinking about the camera, we just can’t but mention the elusive Xiaomi Mi 10 Ultra (about $950). It’s officially sold only in China, but if you value a complete package with an outstanding camera – this is the one, folks. It has a 120Hz 1080p OLED, Snapdragon 865 chip, and stereo speakers to get you started, but we found its quad-camera (0.5x + 1x + 2x + 5x) to be among the best on the market as far as photo quality is concerned. This Ultra also comes with a 120W adapter, which recharges its flat battery for 27 minutes, so there is that, too.

Another limited-edition phone that comes to mind is the Google-less Huawei P40 Pro+. It has a 1200p 90Hz OLED and one of the best camera configurations money can get you on a handset – 50MP primary, 8MP 3x, 8MP 10x, 40MP ultrawide, and 3D ToF. Indeed, that’s a similar setup to the Galaxy S21 Ultra, and Huawei’s cameras save some incredible photos. The P40 Pro+ stock is scarce but not that hard to find. It costs about €800/£900 – meaning it is cheaper than the Ultra. Then again, no Google on it.

Back to more popular and easier to find choices – the OnePlus 8 Pro seems relevant even 10 months after its launch. It solved the 120Hz Quad HD OLED conundrum way before Samsung; it runs on a powerful Snapdragon 865 chip; and it offers a reasonably good quad-camera on the back with a 48MP primary, 8MP 3x tele, 48MP ultrawide, and a 5MP color filter cam intended for some artsy shots. The OnePlus 8 Pro runs on the especially smooth Oxygen launcher and is €500 cheaper than the Galaxy. Sure, it can’t offer 20% more powerful chip, 10x zoom and S-Pen support, but do these cost €500? You decide.

If you’ve stayed with us that long, you’ve probably noticed we are conflicted about this Galaxy S21 Ultra. It is the perfect smartphone on paper, even without a microSD expansion and a bundled charger. But we’ve had ups and downs while using it for the past week. By the end of this review, we realized the good stuff far outweighs the bad, and most of what we didn’t like could be fixed with an upcoming update.

The Galaxy S21 Ultra absolutely deserves its Ultra insignia – it has the best OLED screen with Wacom layer at that, the most powerful hardware, one of the largest batteries, good stereo speakers, and pretty advanced camera system. We were thoroughly impressed by the screen performance and the battery endurance, like the UI and the S-Pen features, and saw many good photos and videos saved by the various snappers.

We aren’t huge fans of the new industrial design – mostly how the camera on the back was made. The phone is large and slippery, making it very uncomfortable to handle without a case. The photo quality wasn’t always flagship-grade – Samsung needs to tone down its image processing even if it results in some noise or lesser dynamic range. We’ve always preferred images with natural-looking processing, and so far, both Apple and Samsung have failed us. Here’s hoping that at least Samsung does something in this direction with a software update.

If you are after the best and newest phone on the market – look no further – that’s the Galaxy S21 Ultra. It has its issues, but the overwhelmingly good features elsewhere and a patch or two will make up for everything. Samsung is definitely off to a good start this year with its Ultra!