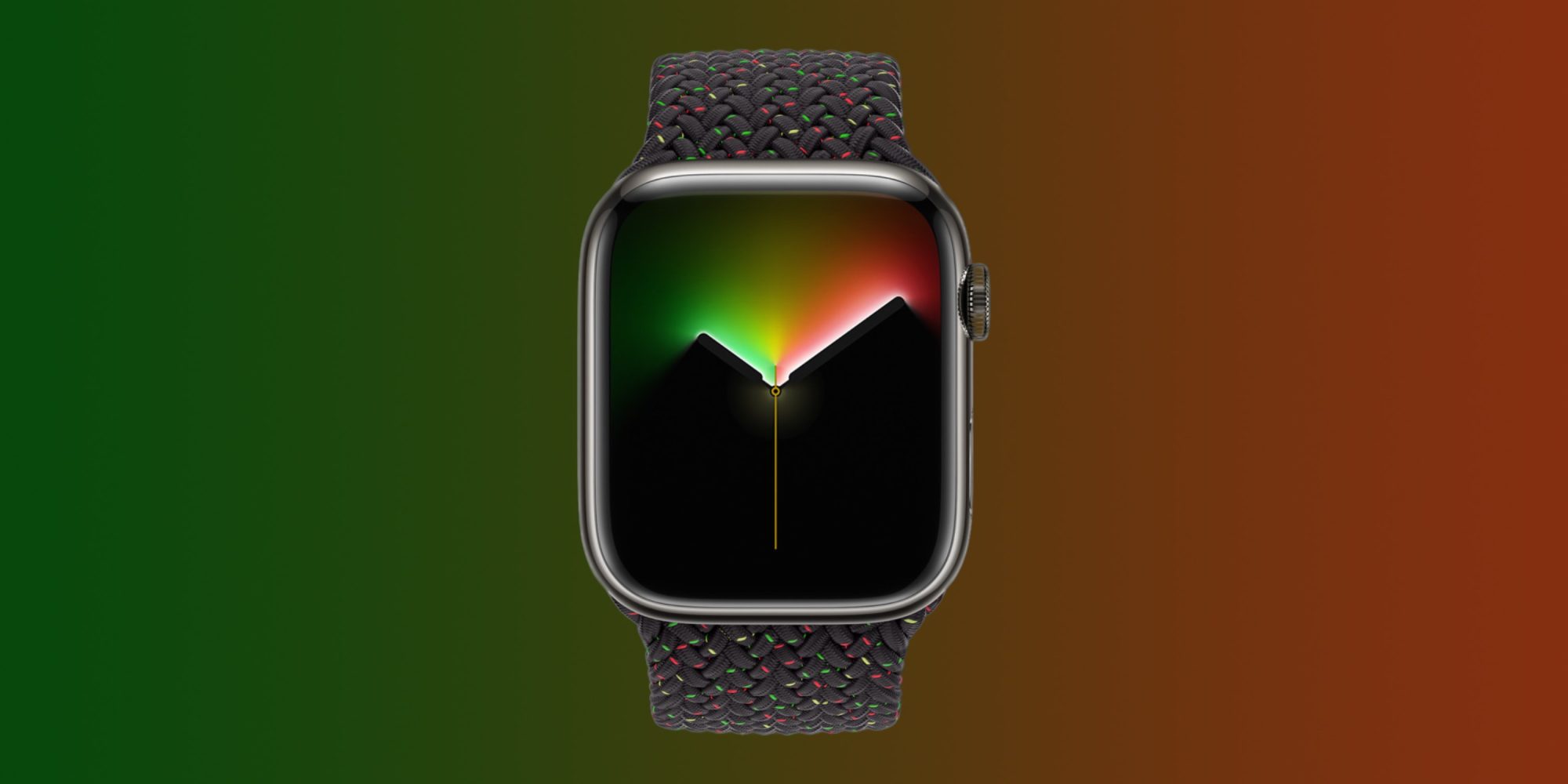 Apple has announced that it is celebrating Black History Month with a number of different initiatives this year. One of the most notable announcements is a new-edition Apple Watch Black Unity Braided Solo Loop and matching Unity Lights watch face, which Apple says are inspired by Afrofuturism.

Designed by members and allies of the Black creative community at Apple to celebrate Black history and culture, the Apple Watch Black Unity Braided Solo Loop and matching Unity Lights watch face honors generations of Black people across the African diaspora. This design symbolizes a communal belief in the necessity for a more equitable world. The vibrant red and green colors of the Pan-African flag appear like speckled light across the black band.

To complement the band, Apple has also launched a new Unity Lights watch face for Apple Watch users everywhere. Apple says that this face has been designed “using 2D ray tracing, a technology never before implemented for a watch face.”

Apple explains that this means every pixel on the Apple Watch screen “simulates the light and shadow falling across it and the movement of the clock hands simultaneously reveal and hide the light, changing dynamically throughout the day.” There are a handful of different customization options here, including the option to choose between a full screen or circular dial, black and white color options, tick marks, compilations, and more.

Apple is also planning a wide array of content for Black History Month in Apple Podcasts, Apple Music, and more. You can learn more in the full press release right here.