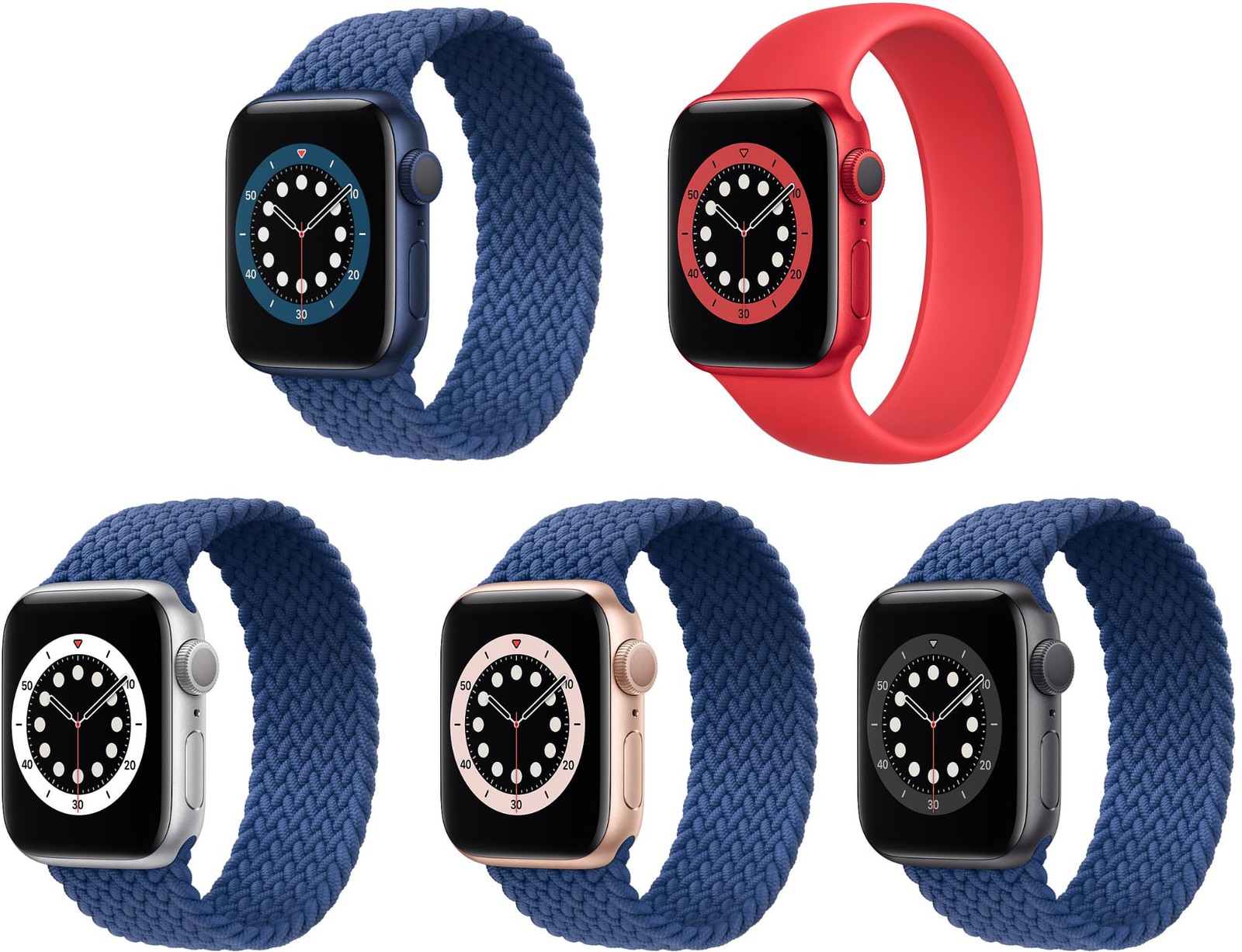 The Apple Watch Series 6 is part of Apple’s latest generation of smartwatches, featuring an always-on display, the S6 chip, an always-on altimeter, and blood oxygen monitoring, at a price of $399.

There are early signs of an Apple Watch Series 7 arriving later this year with a number of upgrades and improvements, but the launch of this device is half a year away. This means that it is still a good time to buy the Apple Watch Series 6 for the vast majority of people, but some customers may now prefer to wait until a new model arrives in the fall.

While the Apple Watch Series 6 is Apple’s most full-featured, high-end smartwatch for those who want features like blood oxygen monitoring, ECG, an always-on display, and more premium finishes, users who are looking for a more affordable option should consider the Apple Watch SE. Starting at $279, the Apple Watch SE offers many key Apple Watch features, such as an optical heart rate sensor and fall detection, but at a lower price that balances functionality and affordability.

There’s a new sensor in the Apple Watch Series 6 that enables Blood Oxygen monitoring that measures oxygen saturation in the blood for better understanding of fitness and wellness. When oxygen saturation (also known as SpO2) levels drop, it can be a sign of a serious illness.

Blood oxygen monitoring is enabled through four clusters of red, green, and infrared LEDs along with four photodiodes on the back of the Apple Watch, all of which measure light reflected back from blood. A custom algorithm included in the new Blood Oxygen app measures blood oxygen between 70 and 100 percent. On-demand testing is available through the app, and the watch also occasionally takes background measurements when a person is inactive, including during sleep. Data is available in the Health app.

Apple Watch owners can access Notification Center and Control Center, tap on complications, and swipe to change faces when their wrists are down with the Always-On display in the Series 6. Apple has also added an always-on altimeter that’s more power-efficient, which can be seen on the watch face at all times and provides information on elevation changes as small as one foot.

Apple Watch Series 6 is water resistant and supports Apple Pay purchases like prior models, plus it has all the same health-related features in addition to blood oxygen monitoring. Apple Watch Series 6 is able to do things like monitor steps taken, calories burned, stairs climbed, and heart rate, plus it can take ECG readings, track sleep, look out for falls with fall detection, make emergency calls with SOS, and watch out for overly loud sounds.

Like the Apple Watch Series 5 models, Series 6 models feature a black ceramic and sapphire crystal backing and a Digital Crown with haptic feedback. The Digital Crown has built-in sensors for ECG readings.

There’s an updated S6 System-in-Package chip in the Apple Watch Series 6, which is based on the A13 Bionic in the iPhone 11. It is up to 20 percent faster, allowing apps to launch 20 percent faster, and it offers the same all-day 18-hour battery life. Apple Watch Series 6 offers faster charging and can be charged to full in 1.5 hours. Battery life has been improved for tracking workouts like indoor and outdoor runs, too.

New to the Apple Watch Series 6 is the same U1 chip and Ultra Wideband antennas introduced in the iPhone 11 models, which Apple says enables short-range wireless location to support new experiences like digital Car Keys. Apple offers the Series 6 with both GPS and GPS + LTE functionality. LTE Apple Watch models can operate over LTE without an iPhone nearby.

Apple is continuing to sell Apple Watch Nike and Apple Watch Hermès models, with both featuring new band options. Nike models are available only in aluminum, while Hermès models come in stainless steel.

Other than that, it supports all basic Apple Watch functionality such as heart rate monitoring, fall detection, activity monitoring, emergency SOS, Apple Pay support, sleep tracking, water resistance, and more. It comes in cellular and GPS options much like the Series 6.

There are three new Apple Watch band options this year, two of which eliminate closures and straps. The Solo Loop and Braided Solo Loop are available in soft silicone and braided yarn, respectively. Each one slips over the hand and onto the wrist, with Apple offering nine sizing options. There’s also a new Leather Link band that’s a redesigned version of the Leather Loop.

With the new Apple Watch models and watchOS 7, Apple introduced a Family Setup feature that lets kids use Apple Watches without owning an iPhone. Parents can pair multiple Apple Watches to their iPhones for management purposes, so children can use the connectivity, safety, and fitness features of the Apple Watch. There’s a special Activity rings experience for children, along with a new parent-controlled Do Not Disturb mode called Schooltime to help kids stay focused and attentive while learning.

Pricing varies based on case material, band, and collection, with entry-level pricing for each case material and size available below.

Apple Watch Series 6 models are available in many countries around the world, with pricing that varies based on location.