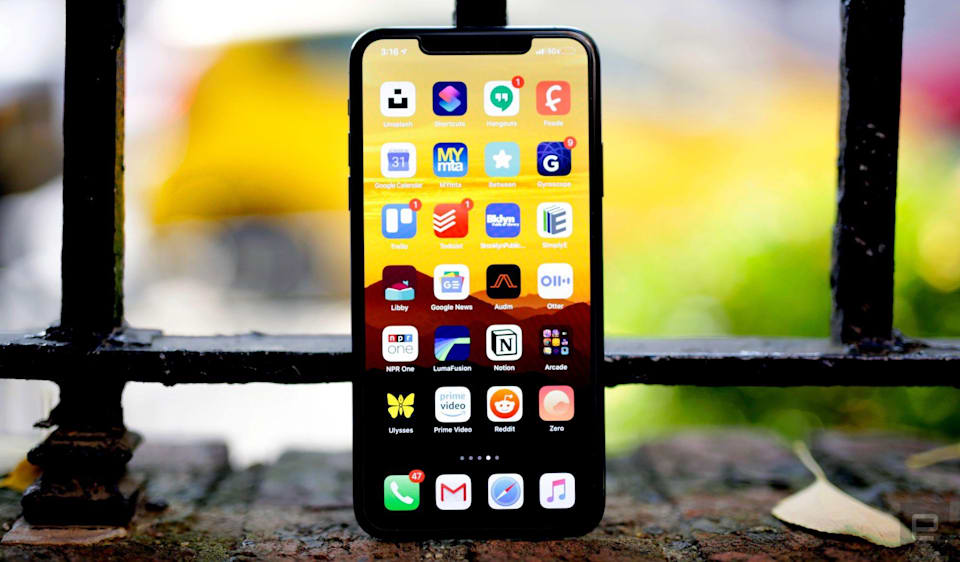 After releasing the golden master to developers earlier this week, Apple is releasing iOS 13.5 to the general public today. The update brings quite a few changes and new features prompted by COVID-19, including the Exposure Notification API, Face ID enhancements, and much more.

Apple and Google have been developing the Exposure Notification API with close guidance from public health officials. When a user enables the feature and has an app from a public health authority installed, the device will regularly send out a beacon via Bluetooth that includes a random Bluetooth identifier. From there, the Exposure Notification API will download a list of the keys for the beacons that have been verified as belonging to people confirmed as positive for COVID-19 and check against that list. If there is a match, the user may be notified and advised on next steps.

Apple and Google say that as of today, a handful of U.S. states and 22 countries across five continents have requested and received access to the Exposure Notification API. The two companies say they have consulted with and briefed a number of different public health teams, including the Centers for Disease Control and Prevention, the CDC Foundation, the Association of Public Health Laboratories, the Association of State and Territorial Health Officials, the Council of State and Territorial Epidemiologists, and the Public Health Informatics Institute of the Taskforce for Global Health.

The release of iOS 13.5 today means that public health agencies around the world can begin deploying their applications that take advantage of Apple and Google Exposure Notification API.

Key changes made to the Exposure Notification API based on feedback from public health agencies include:

Apple and Google also say that they have made further privacy enhancements to the Exposure Notification API:

Apple and Google elaborated on the need for this Exposure Notification API in helping slow the spread of COVID-19. The goal, the companies say, is to offer rapid notifications to exposed users. Again, Apple and Google both emphasize that what they’ve built is not an app, but rather an API that public health agencies can incorporate into their own apps.

One of the most effective techniques that public health officials have used during outbreaks is called contact tracing. Through this approach, public health officials contact, test, treat and advise people who may have been exposed to an affected person. One new element of contact tracing is Exposure Notifications: using privacy-preserving digital technology to tell someone they may have been exposed to the virus. Exposure Notification has the specific goal of rapid notification, which is especially important to slowing the spread of the disease with a virus that can be spread asymptomatically.

To help, Apple and Google cooperated to build Exposure Notifications technology that will enable apps created by public health agencies to work more accurately, reliably and effectively across both Android phones and iPhones. Over the last several weeks, our two companies have worked together, reaching out to public health officials scientists, privacy groups and government leaders all over the world to get their input and guidance.

Starting today, our Exposure Notifications technology is available to public health agencies on both iOS and Android. What we’ve built is not an app — rather public health agencies will incorporate the API into their own apps that people install. Our technology is designed to make these apps work better. Each user gets to decide whether or not to opt-in to Exposure Notifications; the system does not collect or use location from the device; and if a person is diagnosed with COVID-19, it is up to them whether or not to report that in the public health app. User adoption is key to success and we believe that these strong privacy protections are also the best way to encourage use of these apps.

Today, this technology is in the hands of public health agencies across the world who will take the lead and we will continue to support their efforts.

“The Department of Health and Environment Concerns (DHEC) and the Medical University of South Carolina (MUSC) are building the SC-Safer-Together COVID-19 risk management app, which is designed to let people know anonymously that they may have been exposed to the virus and giving them the option to connect with public health officials. Built to tough medical privacy protection standards by health care providers, the SC Safer Together app, using the Apple-Google system, protects users’ privacy and will help South Carolina safely get back to work. MUSC is also proud to be working with Clemson University and the University of California San Diego on smart and private extensions that will further enhance the app’s capabilities.”

“The State of Alabama’s priority as we fight the COVID-19 pandemic together is the health and safety of its citizens as well as their privacy. In partnership with Apple and Google, the Alabama Department of Public Health, University of Alabama System, and the University of Alabama at Birmingham, we are harnessing technology to accelerate exposure notification to slow the spread of COVID-19 so that we can all be safe together.”

This technology may help identify people that could have been exposed to SARS-CoV-2. Public health partners are exploring how this may be used to support COVID-19 pandemic response efforts.

“North Dakota is excited to be among the first states in the nation to utilize the exposure notification technology built by Apple and Google to help keep our citizens safe. The CARE19 Exposure app will help us improve contact tracing and continue our ND Smart Restart by notifying people who may have been exposed to COVID-19, reaching the greatest number of people in a way that protects their privacy. As we respond to this unprecedented public health emergency, we invite other states to join us in leveraging smartphone technologies to strengthen existing contact tracing efforts, which are critical to getting communities and economies back up and running.”

Apple and Google are continuing to publish resources for privacy-preserving contact tracing. You can find the details, with revision history, here. The sample code is available on Apple’s developer website.

In addition to the first version of the Exposure Notification API, iOS 13.5 also includes a few other changes. With the update, your iPhone or iPad will now skip Face ID authentication and skip directly to the passcode screen if it detects you are wearing a mask. You can also now disable the automatic face zooming feature in a Group FaceTime call.

In the release notes, Apple says the update also makes bug fixes for streaming video, the Mail app on iPad, and the share sheet. Here are the full release notes for the update:

iOS 13.5 speeds up access to the passcode field on devices with Face ID when you are wearing a face mask and introduces the Exposure Notification API to support COVID-19 contact tracing apps from public health authorities. This update also introduces an option to control automatic prominence of video tiles on Group FaceTime calls and includes bug fixes and other improvements.

This update also includes bug fixes and other improvements.

You can update to iOS 13.5 and iPadOS 13.5 on your iPhone or iPad by heading to the Settings app, then choose General, then Software Update. The update should start rolling out very soon if you don’t yet see it on your device.

Apple and Google announced their partnership two weeks ago to develop contract-tracing via Bluetooth in iOS and Android. Last week we shared details about how it will work and roll out, and today we’ve got answers to frequently asked questions about COVID-19 contact tracing for iOS and Android as well as updates on the Bluetooth and cryptography specifications.

We learned last week how contact tracing will work and roll out as well as how people will be able to participate. Those details should also help to further qualm security and privacy concerns from US Senators as well as the public.

Today we’ve got more details from Apple and Google representatives that cover some of the most frequently asked questions about contact-tracing in iOS and Android, now called Exposure Notification.

Where is contact tracing data stored and who can see it?

Where can you find contact tracing apps for iOS and Android?

How will the software know if I’ve been exposed to someone who has tested positive?

Apple and Google representatives highlighted that contact tracing is just one part of the solution for the coronavirus pandemic.

More resources can be found on Apple’s website. There are also updates today on the Bluetooth specification, Cryptography specification, and framework API for the iOS software. These include the API keys being randomly generated, changing the encryption algorithm from HMAC to AES, associated metadata is now encrypted, and more.