❤ What Android could learn from Apple’s iPhone 12 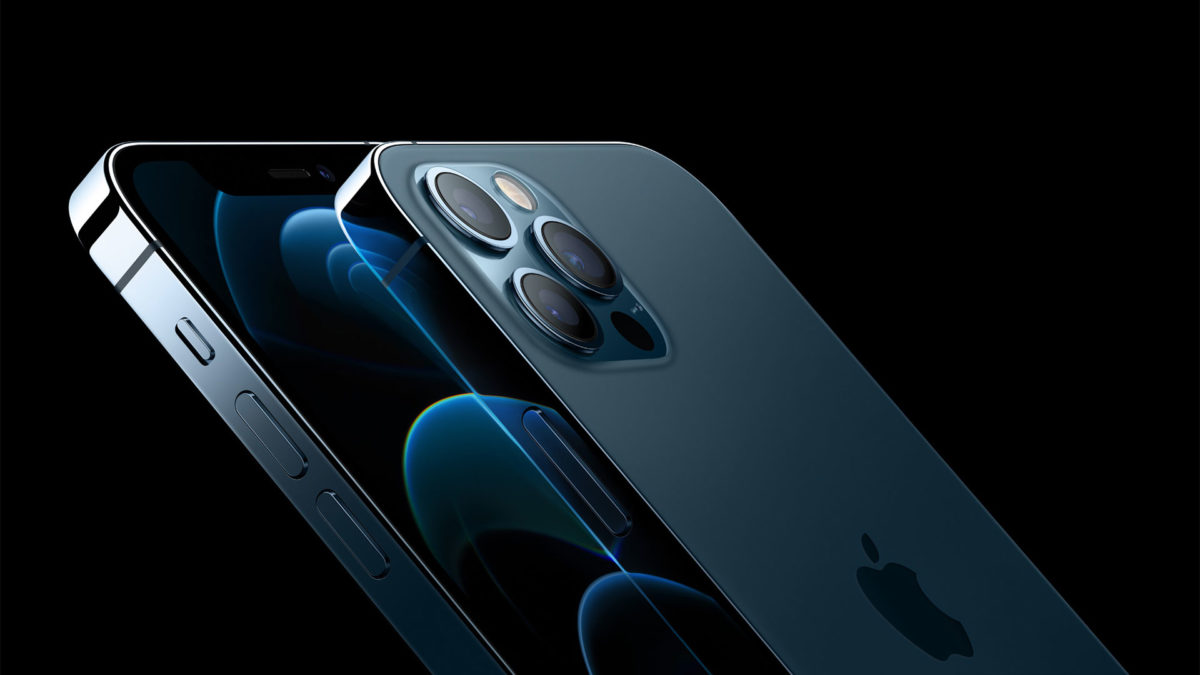 Apple frequently lays down a gauntlet for Android vendors when it introduces new iPhones, and that’s truer than ever for the iPhone 12 series. While there are places where Apple falls short, the new iPhones also embarrass Android phone makers in a few key areas — and not just simple aspects like performance. Here’s how the iPhone 12, 12 Pro, and 12 Pro Max stack up vs. their Android counterparts. 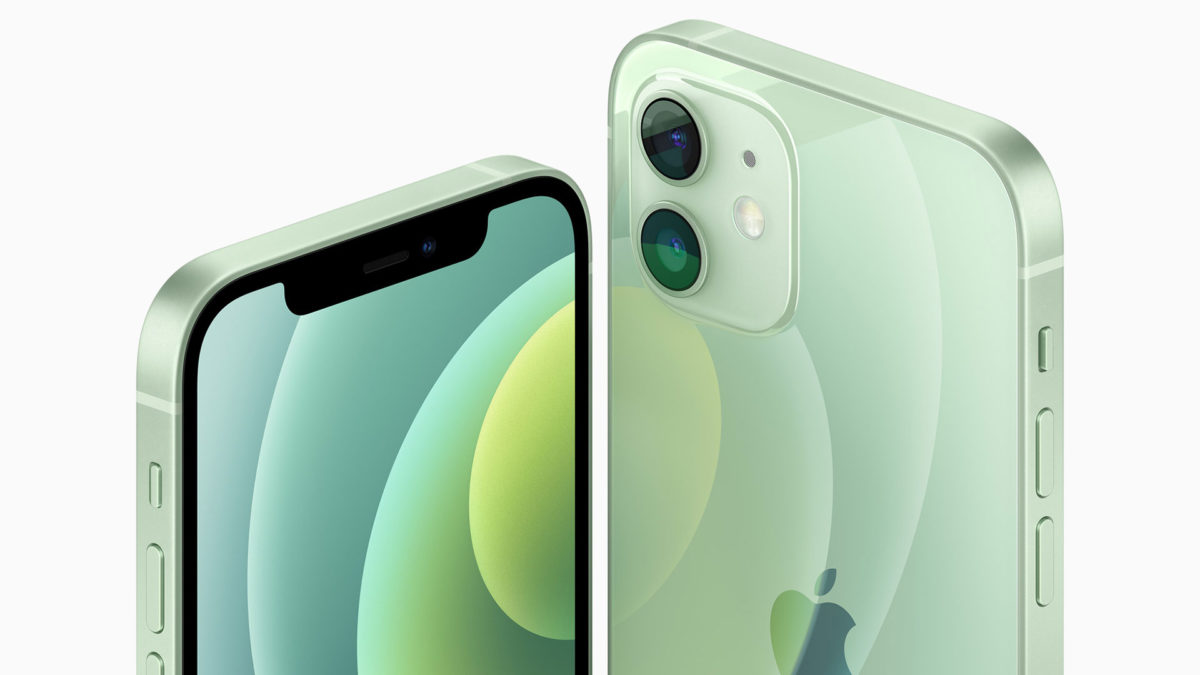 If there’s an area where Android OEMs could most stand to learn from the iPhone 12, it’s in the consistently high quality of the design, even in more affordable devices.

Every iPhone 12 model, from the Mini to the Pro Max, has a string of features you don’t always see in Android equivalents. They all have high-resolution OLED screens; each one has extra-durable front glass thanks to a new Ceramic Shield; they’re all IP68-rated for water resistance; all of them have a new MagSafe wireless charging system (more on that later). That’s not including the consistency in performance-related features, like the A14 Bionic chip, 5G, and strong camera quality. While the lower-end iPhone 12 models have aluminum sides instead of stainless steel, that’s about the only obvious external compromise.

Many mid-range Android phones have stellar features, but there are usually gotchas. Samsung’s Galaxy S20 FE is fast and boasts a great display, but makes obvious compromises in design — unless you like “glasstic,” that is. Google’s Pixel 5 is better-built, but it’s not powered by top-tier silicon. Even the OnePlus 8T may struggle with camera quality. While Xiaomi’s Mi 10 series offers both a quality design and features at good price, it’s not readily available in North America and other parts of the world.

And those sacrifices are a problem. As a rule, iPhone 12 buyers can assume they’re getting first-class treatment no matter what model they buy. You can’t often guarantee that with Android. If someone is comparison shopping, they might pick the iPhone 12 simply because it looks and feels more like a premium device vs. its Android rivals. 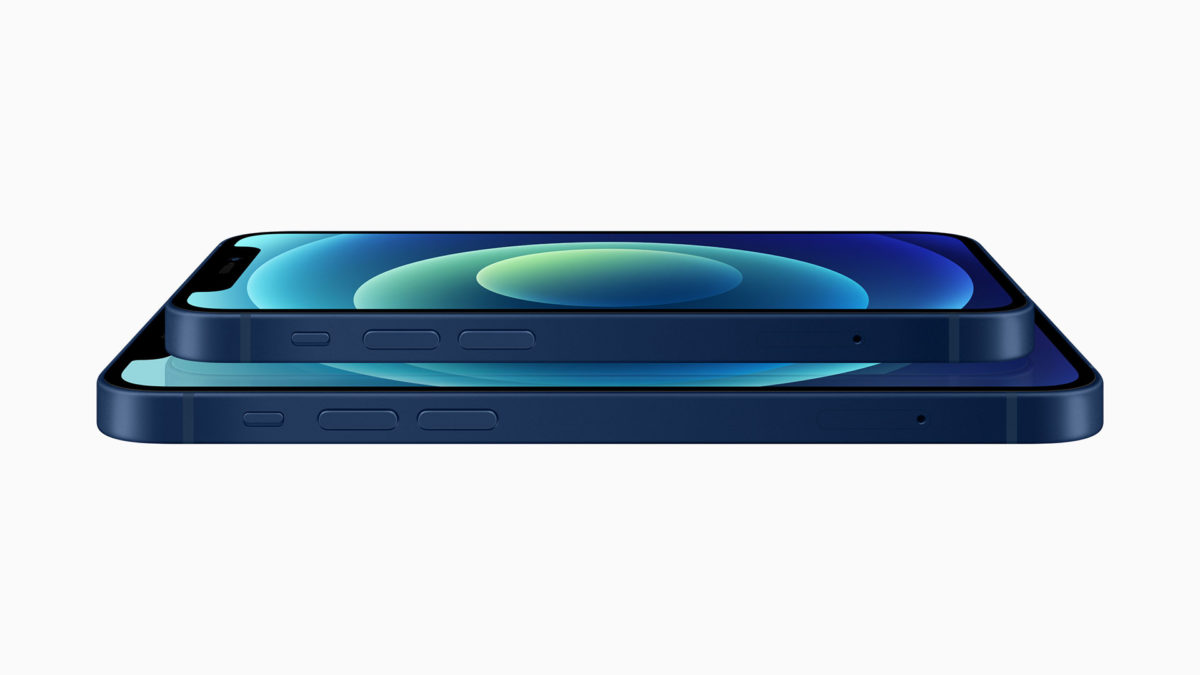 iPhone 12 Mini is smaller than an iPhone SE, it packs features that put many Android phones to shame, let alone compact models. It has the same A14 chip, cameras, and MagSafe charging as its larger sibling. The OLED screen is only slightly lower-resolution than in the standard iPhone 12. And like we mentioned earlier, there are no major design sacrifices compared to larger versions.

Take a look at your Android options and… it’s not pretty. Many small Android phones are old, slower, or both. Even a Pixel 4a is relatively pokey, and it’s slightly larger than the iPhone 12 Mini (if also considerably more affordable). The Sony Xperia 5 II is an impressive phone all-around, but it’s much more expensive and some could argue that it’s not really a “small” phone.

Simply put, Apple’s offering is one of the better choices in a sea of lackluster small smartphones. 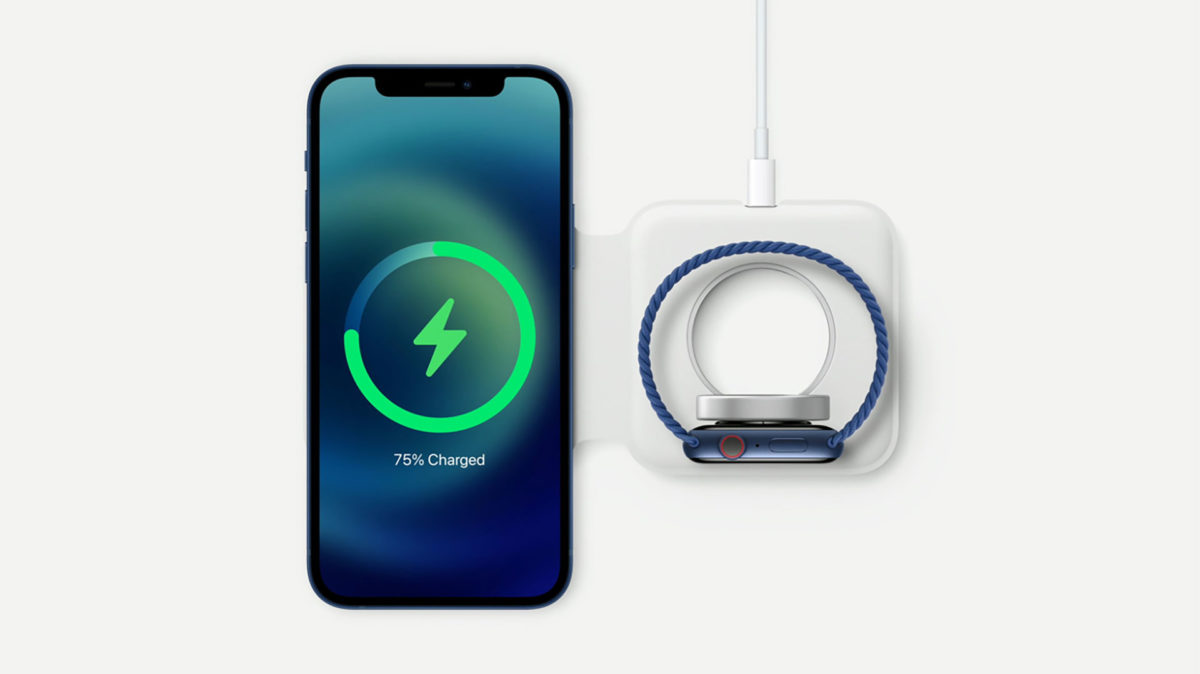 Apple was undoubtedly slow to adopt wireless charging, having introduced it only with 2017’s iPhone X and iPhone 8. It’s catching up, though, and the iPhone 12 family includes a few features that Android vendors could stand to adopt in some form.

MagSafe, which uses magnets to align your iPhone for wireless charging, is the textbook example of a “why didn’t someone think of this earlier?” invention.  You don’t have to worry that your phone might be off-center — you just drop it on the pad and walk away. Then there’s the accessories this enables, like snap-on cases and even a wallet.

There are certainly areas where Android phones fare better. MagSafe on the iPhone 12 line charging tops out at 15W where it’s not uncommon to see 30W or more from some Android phones. There’s no mention of reverse wireless charging to top up your other devices, either. But those features don’t address ease of use, and Apple might have an edge simply by eliminating one of the most common hassles of wire-free power. 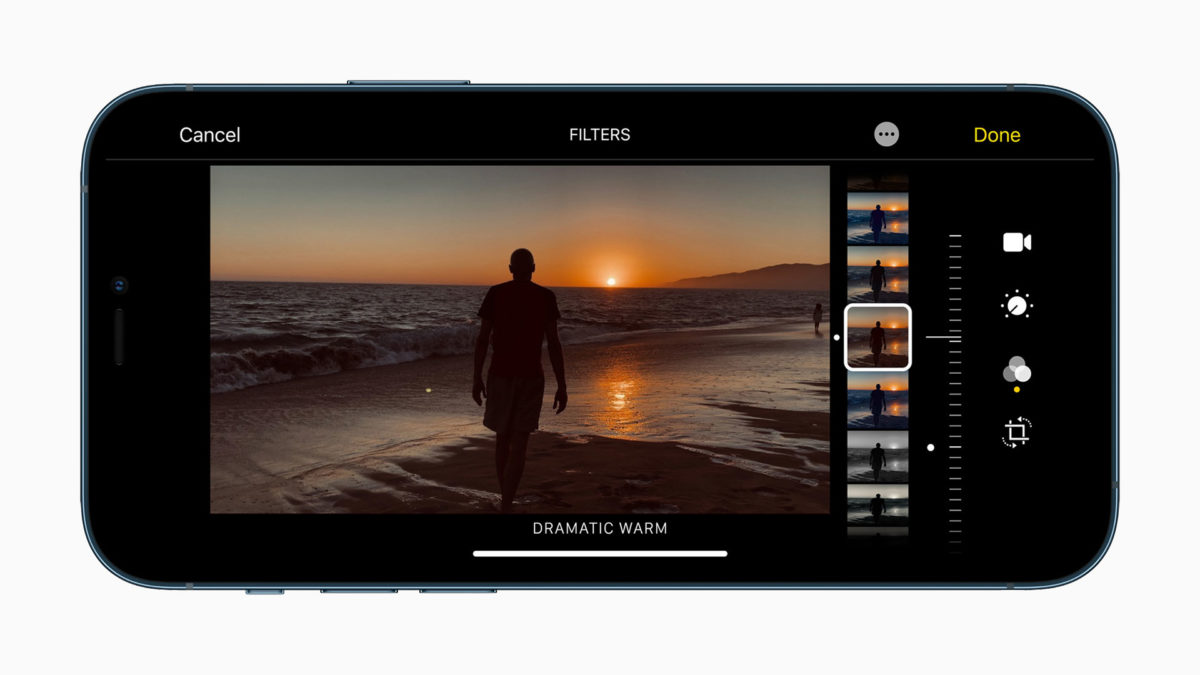 Android phones are often chock-full of camera features, but they tend to be aimed at everyday users outside of the occasional manual mode. Samsung’s Single Take feature in the Galaxy S20 family is helpful in case you’re unsure of which shot you need, but it doesn’t offer much help if you’re an exacting mobile photographer. The notable exceptions are newer Sony phones like the Xperia 1 II, and they’re a handful of models in a much larger sea.

The iPhone 12 line bucks that trend. Although Apple’s official camera app won’t provide extensive control over shots, all the new phones can not only shoot Dolby Vision HDR videos (they’re the first phones to do this), while the Pro and Pro Max deliver RAW photo support through a new ProRAW format. In other words, you can create images that could be suitable for a TV show or photo spread, let alone your Instagram feed. A Night Mode that works across all cameras is helpful, too.

Yes, you’ve had RAW shooting on Android since Lollipop, but it’s inconsistently available. HDR video recording is also hit-or-miss. And that’s not counting more explicitly hardware-dependent features like sensor-shift image stabilization (again, new to phones) or LiDAR. Simply put, Apple is giving iPhone buyers a series of powerful camera features that are genuinely aimed at enthusiasts and working pros, and that could tip the balance for some buyers. 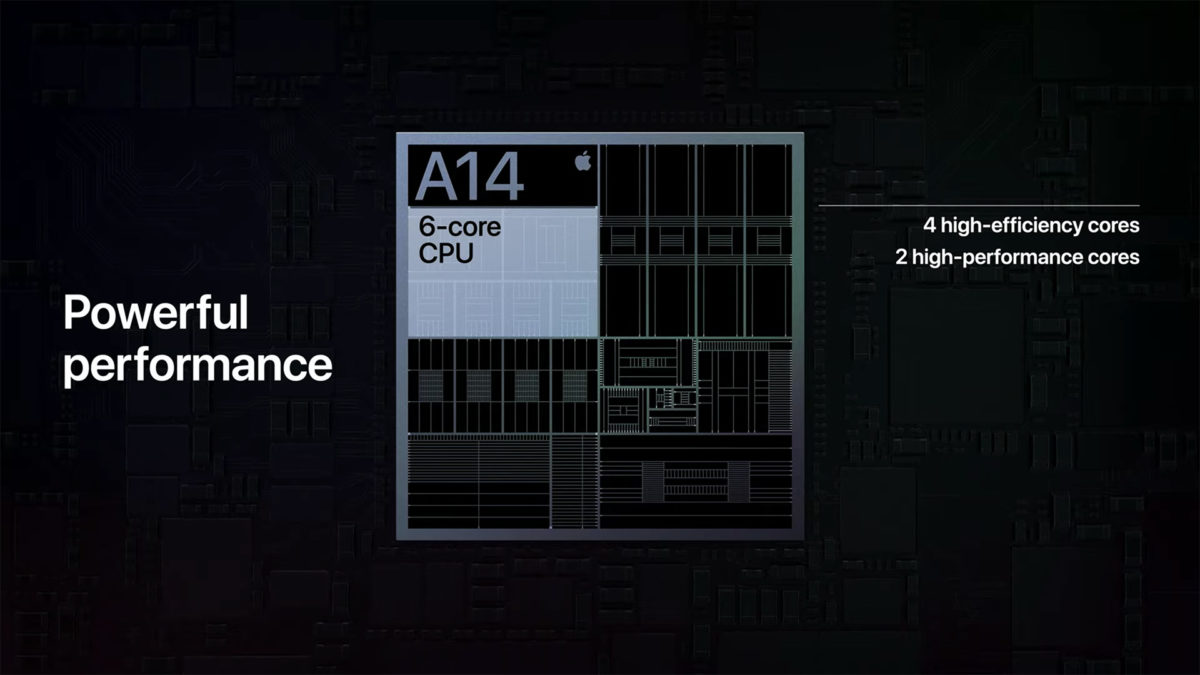 As blisteringly fast as the current crop of Android phones can be, they tend to lag iPhones in performance to some degree. AnandTech noted that even last year’s iPhone 11 models were sometimes outperforming Snapdragon 865 phones released several months later, let alone the iPhone 12. The Android phone market’s progress is largely dictated by one company, Qualcomm, and it hasn’t been moving at a breakneck pace.

Apple, meanwhile, doesn’t have that restriction. It designs the chips it uses in its devices, and the iPhone 12’s A14 Bionic illustrates the advantages of that approach. There’s no outside designer holding it back, and it’s targeting improvements for specific phones rather than trying to make a one-size-fits-all design. Whether or not Apple’s claims of up to a 50% speed advantage over rivals are true, its expected lead is evidence that custom processing power matters.

A few Android phone builders appreciate this as well, even if their execution isn’t flawless. Samsung has its (sometimes underpowered) Exynos chips, and Huawei had its high-end Kirin chips until the US blocked that option. Most others just follow the pack, though, and that lack of customization helps the iPhone 12 stand out that much more.

Where the iPhone 12 falls short 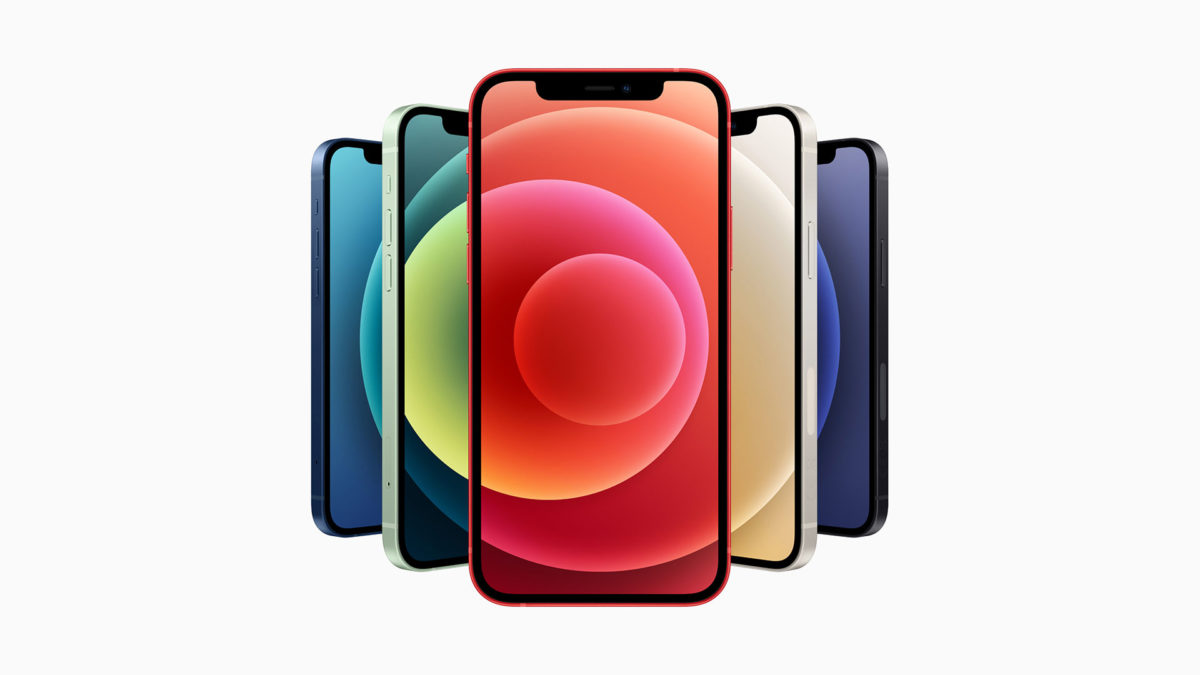 This doesn’t mean the iPhone 12 vs. Android battle is strictly one-sided. Apple falls short in a number of categories, at least if you’re used to what Android has offered. There’s no 120Hz screen. You still won’t find microSD expansion, a USB-C port, or very high-zoom cameras. You won’t even find a 1440p display on the iPhone 12 Pro Max.

There’s also the matter of software. As much progress as iOS 14 has made, additions like home screen widgets, changeable app defaults and iPhone picture-in-picture are catch-up features. You won’t be feeling a twinge of regret if Android’s flexibility is important to you, even if you may wish you had Apple’s timelier and longer-running OS updates.

Even so, the very fact that Android vendors could take multiple major cues from the new iPhones is important. It suggests that Apple is plugging some of the more glaring holes in its iPhone strategy. Android phone creators may have to step up if they plan to go head-to-head with Apple, particularly in that upper mid-range sweet spot occupied by the iPhone 12 and 12 Mini.