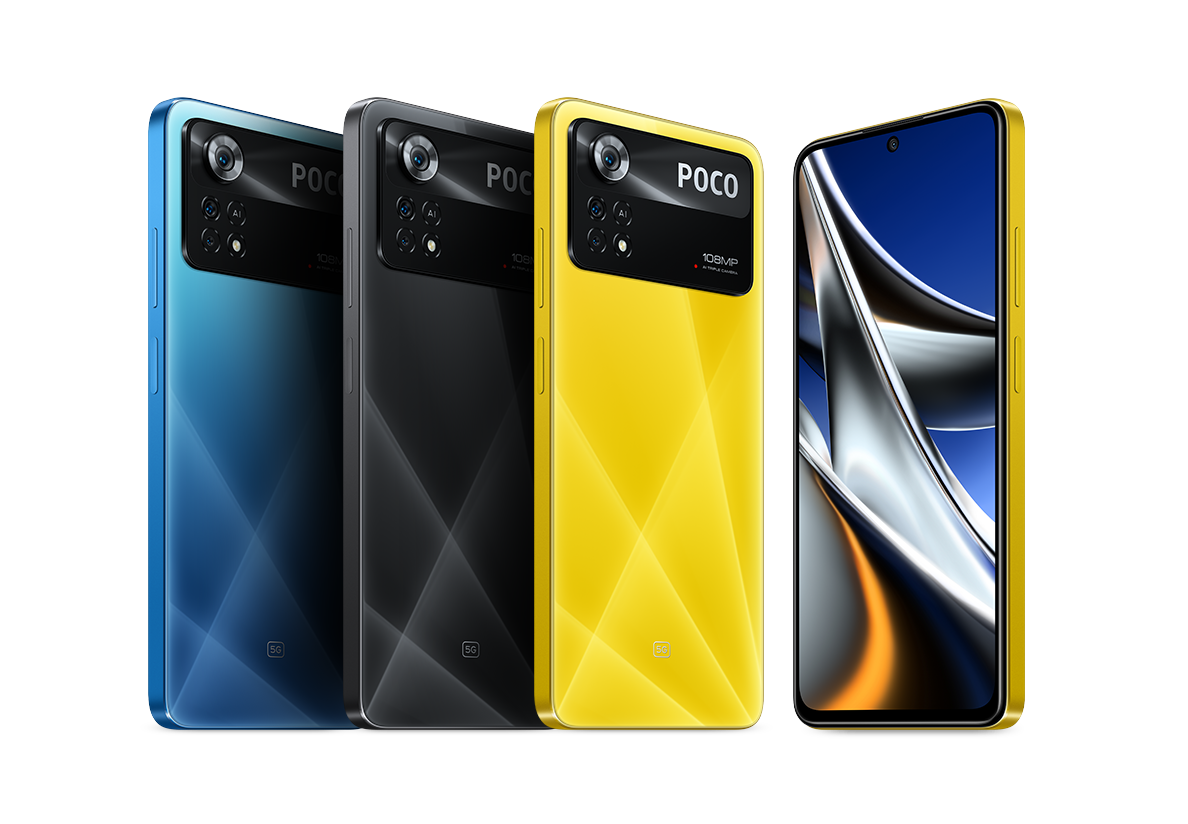 The Poco X4 Pro 5G may not be the Poco(phone) you are looking for. We could literally hear these words in our head spoken in Obi-Wan Kenobi’s voice as we sat down to gather our thoughts about the X4 Pro.

And indeed, if you came looking for a proper Poco X3 Pro sequel, you won’t be getting it. If you are on the lookout for an affordable mid-range phone, a refreshed Poco X3 NFC, if you will, then you’ve come to the right place. We can’t and won’t hide the true nature of the Poco X4 Pro 5G – it’s a repackaged version of the global Redmi Note 11 Pro 5G with a redesigned rear panel. Here’s how these two compare. This is not the first and won’t be the last time Poco has done this, so it’s not surprising. But the Poco X4 Pro 5G design really stands out, as usual.

The Poco X4 Pro packs a 6.67-inch 120Hz Super AMOLED screen and employs the Snapdragon 695 5G chipset, a departure from the flagship-grade Snapdragon 860 within the Poco X3 Pro but a small improvement over the Poco X3 NFC’s Snapdragon 732G. This mid-range SoC offers good CPU performance and 5G connectivity, though.

The camera is your usual tri-eye setup with a high-res 108MP primary, an 8MP ultrawide and a 2MP macro shooter. There is no depth sensor as opposed to other Redmi Note 11 models and the previous Poco X3 phones.

The Poco X4 Pro offers stereo speakers, and all sorts of fan-favorite features such as FM radio, a 3.5mm jack, a microSD expansion, and even an IR port. You can also charge its large 5,000mAh battery incredibly fast with the bundled 67W charger.

The Poco X4 Pro 5G runs on MIUI 13 for Poco, which is based on Android 11. We were a bit surprised to find the latest MIUI without the latest Android OS, but this is also not a first for Xiaomi, and we are sure the update will arrive soon enough.

If we are to compare the €250 Poco X3 Pro to the €300 Poco X4 Pro, we can’t but think of this as rather unfair. The whole economy has changed, and the world is still reshaping as you read this. So, yes, the Poco X4 Pro is not a phone with flagship speed at a bargain price; it can’t even do 4K videos.

But it does look promising as being one of the new generations of phones that will soon replace the old bang for the buck deals as their stock will soon run out. And we can see that this Poco still has the same spirit by trying to pack every possible modern technology, 5G included, and offer it at an incredibly low price in 2022 terms.

The Poco X4 Pro’s retail box contains a 67W Xiaomi charger and a 6A-rated cable. This is the same charger you get with most new Xiaomi phones these days.

The bundle also includes a soft transparent case and a thin protective film for the display. Usually, Xiaomi‘s smartphones have that film applied in the factory, but this seems like yet another cost-cutting decision introduced for the new devices. We do appreciate this extra, but given how challenging it can be to apply these things, we can’t but think of the factory application as the better choice.

The Poco X4 Pro 5G is a good smartphone with balanced specs. It has an attractive splash-resistant design, a brilliant 120Hz AMOLED, offers excellent battery life, fast charging, good camera specs and adequate performance for the class. Its 6GB/128GB model is now available on sale at €299, which makes it an attractive offer considering its all-around specs sheet.

The Poco X4 Pro 5G is a reworked version of the €370 Redmi Note 11 Pro 5G. It is an identical smartphone with a different back panel. Yet, it’s €70 cheaper than the Redmi, which automatically makes it the better offer.

Of course, both Poco X3 NFC and Poco X3 Pro are still available for purchase for €200 and €250, respectively. While the X3 phones rely on 120Hz LCD panels instead of OLED, they can be more attractive offers. The Poco X3 NFC can offer 4K video capturing over the X4 Pro, but the X3 Pro has a flagship-grade Snapdragon 860 chipset, an HDR10-certified screen, and a somewhat better camera experience. Sure, the X3 Pro has no 5G connectivity, but we will still get it for its incredibly fast performance and the cheaper price.

Or there is the Xiaomi 11 Lite 5G NE, with a much better Dolby Vision AMOLED screen, much faster Snapdragon 778G 5G chipset, and a triple-camera of superb photo and video quality across the board. The 11 Lite 5G NE also costs around the €300 mark, and it is the Xiaomi phone to buy in this bracket, not doubt.

However, if you are dead set on getting a Poco, then the €300 Poco F3 is the way to go. With the top-of-the-line Snapdragon 870 5G chipset, HDR10+ 120Hz AMOLED screen, and a similar triple-camera with a 5MP telemacro shooter, it can be the gaming phone on a budget you are looking for.

If a Xiaomi-made phone is not a must, then other makers can win you over with their 2021 phones. Take the Galaxy A52s 5G, for example – it is priced around €340, and for the extra €40, you will get an IP67-rated design, much more powerful Snapdragon 778G 5G chipset, a better camera experience with a 64MP OIS primary, a 12MP ultrawide shooter and 5MP depth and macro cameras. 4K video capturing is available even on the selfie camera, and you also get cool features like the under-display fingerprint reader. The only caveat – the charging is not that fast.

Another excellent smartphone for €40 over the Poco X4 Pro is the OnePlus Nord 2 5G that’s still available across various retailers. It offers a 90hz Fluid AMOLED on top of the flagship Dimensity 1200 5G chipset. Its primary 50MP camera has OIS and 4K capturing and provides much better photo and video quality. Oh, and the Nord 2’s 65W fast charging is equally impressive.

We already knew what to expect from the Poco X4 Pro 5G, after all, it’s the Redmi Note 11 Pro 5G with a different body. The good news is that this Poco is preferable to the Redmi because it’s noticeably cheaper. The bad news – there are much better phones at that price.

Sure, the Poco X4 Pro 5G has a lot to offer – starting with its large OLED screen of high quality, on top of a likable splash-proof design and one large battery with super-fast charging. The X4 Pro performance is fine, it has a ton of connectivity options, and its camera kit sounds promising.

But the disappointments are piling up right from the start. The Poco X4 Pro is not at all like the previous Poco X series Pro models, and we think this is one of the things that will make it tougher to sell as people will see it as a continuation to the Poco X3 Pro and not the NFC. Then its performance has not improved an inch since the X3 NFC, though it can now connect to 5G networks.

Then there is the rather mediocre camera experience despite the 108MP primary sensor. Finally, we got MIUI 13, yes, but it’s on top of Android 11 instead of Android 12 and that adds yet another question mark on top of everything else.

The Poco X4 Pro 5G is a good smartphone – it has adequate specs sheet and attractive pricing for 2022, all things considered. But the 2021 mid-range models are widely available and more affordable, and it just doesn’t make sense buying it right now, not until a price cut is introduced or its competitors – retired. But what we know is that this Poco X4 Pro makes more sense than many of the recently launched Redmi Note 11 phones models.