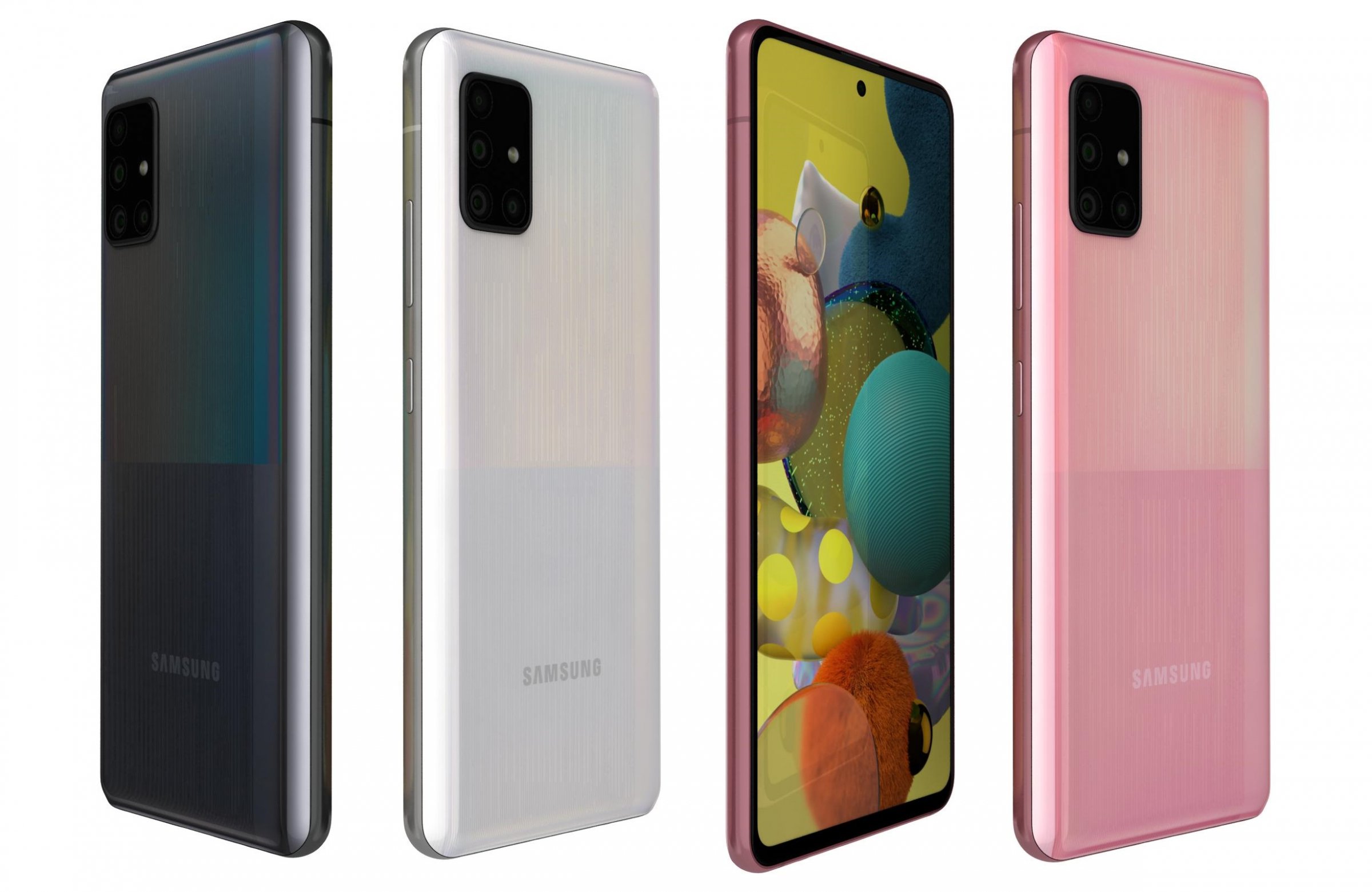 Samsung is bringing 5G to the masses with the Galaxy A51 5G and the Galaxy A71 5G. We have the smaller one for review to find out what’s changed from the 4G version with the inclusion of the next-gen connectivity.

For starters, the chipset is different – it’s the Exynos 980 that is bringing that 5G capability and, along with it, a bump in performance over the modest 9611 SoC of the older model. A bigger battery is also among the new bits, a welcome upgrade to meet the increased power demand.

If you’re willing to pay the premium for 5G this early in its adoption, even on a midranger like the A51 5G, chances are you’d probably enjoy a more upmarket build and Samsung has obliged. It’s replaced the plastic midframe with an aluminum one. This remodeling, complete with the battery capacity bump and the extra antennas all means that the A51 5G is now 15g heavier – a not insignificant increase that robs it of all claims for lightness.

And that’s about everything that’s changed when going from 4G to 5G on the Galaxy A51. Here’s a quick refresher on the other key specs.

The Galaxy A51 5G comes in the same retail packaging as the 4G version, but proudly flying a 5G banner. It’s a proper cardboard box with a lid as opposed to lesser A-series models that replace the lid with a sleeve.

Inside the box there’s a full set of accessories. A 15W Samsung Adaptive Fast Charging adapter is bundled, maxing out the phone’s charging capability, and there’s a USB-A-to-C cable to go with it. A pair of earbuds with a three button remote is included and a soft silicone case will give your phone protection straight out of the box.

2020 has been the year of 5G phones going mainstream and next-gen connectivity support can now be seen not just on flagships, but on more and more handsets in the midrange. The Galaxy A51 5G, Samsung‘s most affordable entry in the field, comes in at a price point of $500/£430/€470 and there are worthy competitors on either side of that number.

The most affordable 5G handset in the western world at the time of writing, the Xiaomi Mi 10 Lite 5G, retails for about €330, making it a bargain next to the Galaxy. The Xiaomi will give you 60fps video in 1080p, an IR blaster, and an HDR10+ capable display – granted, none of these are really game-changers. The camera system is similar, as is the performance of the Snapdragon 765G chip. The battery tests on Mi are ongoing, but we think the Galaxy will prevail if by a little. Going for it, the Samsung has a MicroSD slot and FM radio capability.

The Motorola Edge launched at €600, and that remains its MSRP, but we’ve seen it for €500, and at that price, it could make sense as a viable alternative to the Galaxy. It’s got a more versatile camera system with an extra telephoto cam, stereo speakers, and a 90Hz refresh rate OLED display. Come to think of it, these can be worth the premium to even get the Moto at full retail.

It’s harder to justify the €650 price of the LG Velvet against the Galaxy, if it’s solely for the 5G. The Velvet does offer IP68-rated dust and water resistance and stereo speakers, but unless you can get it in a bundle with the Dual Screen and have some use for said Dual Screen, LG’s posh midranger isn’t great value.

If you’d rather not splurge, but insist on the 5G support, the Huawei P40 lite 5G could be your thing – specifically the 5G version, because there’s a 4G P40 lite as well. Going the Huawei route might save you around €80/£70 but will also cost you Google Play services support and the OLED display which the A51 5G has.

In the US, the A51 5G should maybe become available at some point, but it isn’t for the time being. On the other hand, the A71 5G has been discounted to $430 (down from the $600 MSRP), and that’s not a half-bad deal, particularly in a market that’s missing affordable 5G options – the US doesn’t get the Moto Edge (just the Edge+) and LG Velvet, nor Xiaomi or Huawei altogether. The A71 5G is more or less the same phone as the A51 5G, with an extra 0.2 inches in display diagonal and larger main camera sensor.

At a passing glance, the Galaxy A51 5G may look like a pointless addition to an already overpopulated lineup of Galaxy As. Closer inspection proves it to bring improvements in performance, battery endurance and even camera quality over the 4G version.

And that’s before you account for the fact that it’s the most affordable point of entry into 5G coming from Samsung. It’s not as good value as what Xiaomi can give you, but competing offers from other big names like LG and Motorola come at an even larger premium if they’re available at all. As such, the Galaxy A51 5G is shaping up to be an easy recommendation for early 5G adopters that would like to reap the benefits of the faster connectivity without shelling flagship money.