Okay, let’s be honest. It’s gonna be tricky to love the Google Cardboard. It’s cheap and it works! How can it do that? Here’s some questions answered. 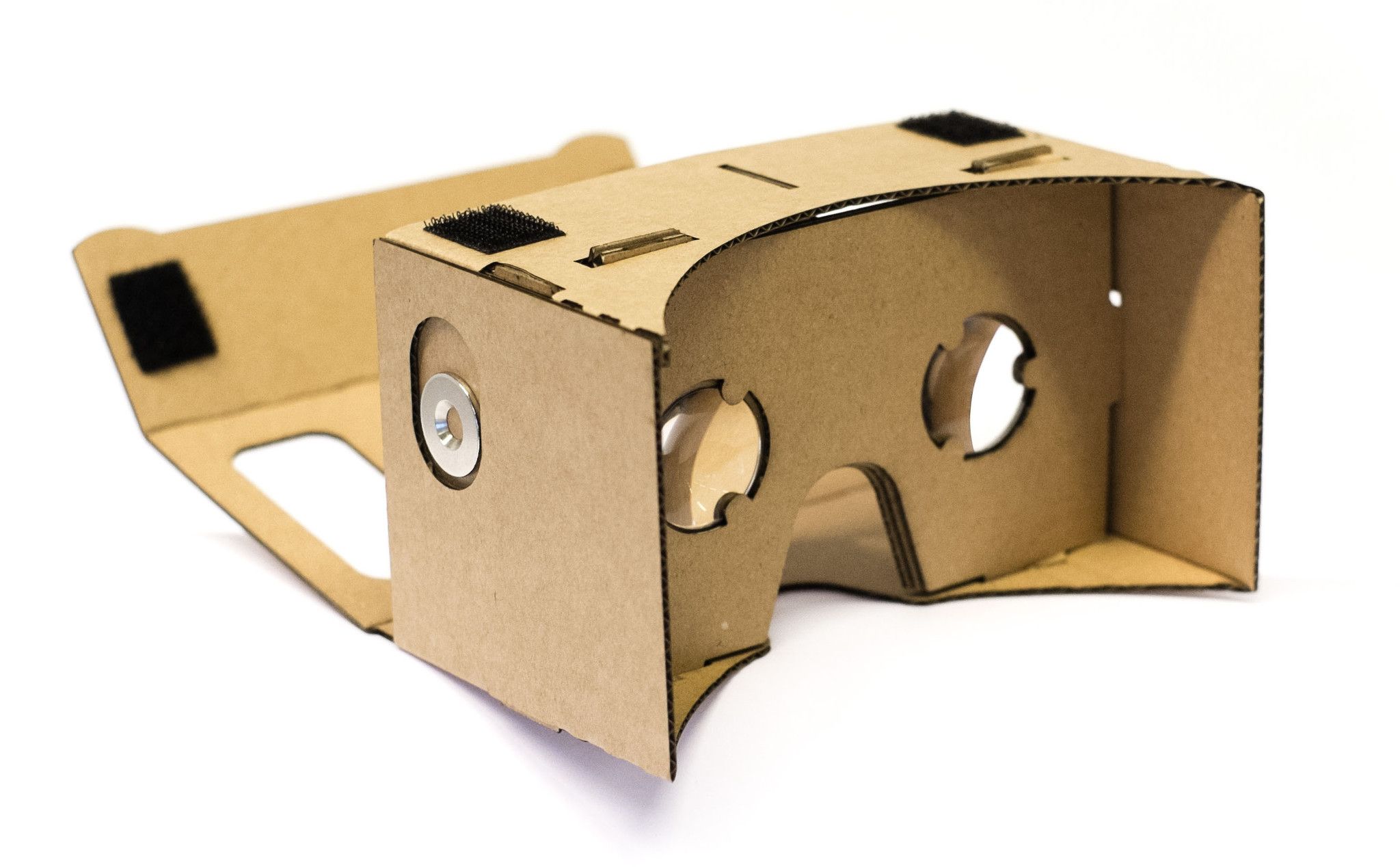 Get Starter Apps for Google Cardboard!

Google Cardboard is a virtual reality headset crafted from cardboard that lets users view stereoscopic images from their smartphone using its build-in sensors like the gyroscope, magnenometer and camera. It let’s users see a 360 degree view of the virtual world by moving their heads.

How does Google Cardboard work?

The two lenses inside the cardboard makes the stereoscopic image that the user can see on their smartphones. There’s a pair of images on the smartphones display and when at the right distance, the two image merge creating a very life-like virtual world.

Which smartphones can I use with Google Cardboard?

Both Android and iOS devices work, thanks to the Application Programming Interface (API) Google developed and released to developers. That’s allowed a growing number of apps to come out that work on both platforms.

How Can I Get Google Cardboard?

If you consider yourself a maker and you’re looking for a fun project, you can build your own by downloading instructions from Google’s website. You’ll need some parts, including cardboard, lenses, magnets, velcro and a rubber band; Google’s site lists what you’ll need and where you can buy them.

If that sounds like too much work, there are plenty of companies that make Google Cardboard headsets. You’ll find kits sold online anywhere from Amazon to Google’s own site.

How much does Google Cardboard cost?

Prices start at less than $10. A number of Google Cardboard viewers run from $20 to $40, with more expensive viewers available with additional features and functionality. Shop around for the version best suited for your phone and your wallet.

How Hard Is Google Cardboard to Put Together?

Based on our hands-on, Google Cardboard is remarkably easy to assemble. Cardboard kits typically arrive as flat packs that you put together yourself. You’ll find printed instructions on the folds, letting you bend the Cardboard headset into place without much fuss. The downloadable companion app developed by Google also includes instructions aimed at helping you understand how to use Cardboard with your phone.

More and more every day! Google has released the programming tools needed to support Google Cardboard for both Android and iOS, and it’s up to third-party developers to support the emerging technology. The good news is that many have, with more on the way.

How does Google Cardboard compare to other VR headsets?

On price, Google Cardboard is hard to beat. And unlike many VR headsets with releases planned for later in the year, you can get Google Cardboard right now. Samsung’s Oculus-powered Gear VR accessory is out now and costs $99, but it only works with select Samsung phones.

This is a very compelling reason to get the Google Cardboard. Since HTC Vive and Oculus Rift vr headset are still in its first versions and costs a lot to buy. With the cheaper Cardboard, you can experience VR and when you decide you want to go all out, you can spend that cash to get a more expensive setup.